A thinking adventure that continues into the digitzed era 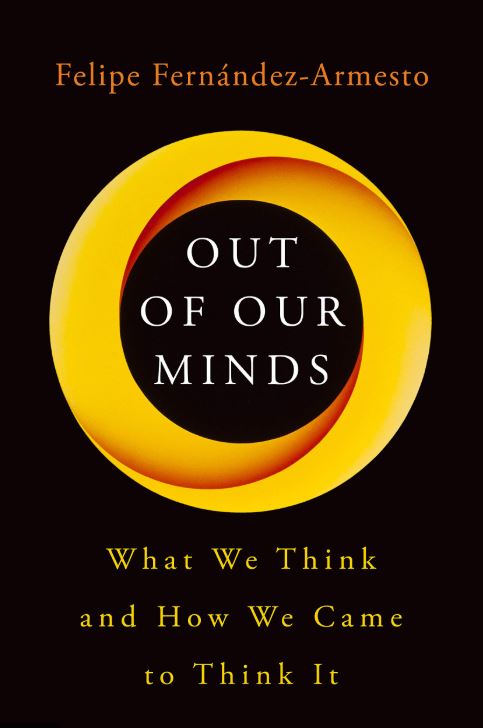 'Out of Our Minds: What we think and how we came to think it' By Felipe Fernández-Armesto Simon & Schuster, Rs 799
Amazon
Advertisement

Yet it is not the author’s purpose to craft a teleology of progressive ideas in human history. For him every idea that has endured or succeeded is not necessarily because it’s good. Ideas are good or effective not because of their benefits but because of circumstances that make them communicable or attractive — and “truths”, as he acknowledges ruefully, “are less potent than falsehoods people believe”. The ideas that come out of our minds, he avers, can make us seem “out of our minds”.

As with most books covering huge temporal frames and big ideas this, too, comes with the usual problems of elisions and excesses. Scholars of the histories of science, culture, religion or politics might find much to quibble with in the author’s breezy and often playful take on serious subjects such as Hinduism, Buddhism, Taoism or the Renaissance, Reformation and Enlightenment, or even such 20th-century conundrums as existentialism and relativism, but the general reader would embrace its easy access to subjects deemed difficult, arcane or irrelevant. Felipe Fernández-Armesto weaves his ambitious narrative with abundant detail and insight and brings in new revisionist perspectives on a history of ideas many are already familiar with.

So what are we left with at the end of over four hundred pages? Yet another engaging history of ideas with an unusual twist, or an invitation to reflect on the capacities of the human imagination in the 21st century? Fernández-Armesto quotes the neuroscientist, Susan Greenfield, who argued that the prospects for the human mind are bleak. The intrusion of ubiquitous technology into our mind-spaces and the steady erosion of experience unimpeded by virtuality have begun to impact our memories. Without memories to sustain our narratives, Greenfield concludes, “we shall stop thinking in the traditional sense of the word and re-inhabit a ‘reptilian phase’ of evolution”.

Fernández-Armesto is not as pessimistic. We will continue to have new thoughts, he observes, as long as we live in a world that invests in cultural interchange, respects diversity and allows us to experience and cherish multiple worlds and multiple realities. For those invested in scientific studies of the human imagination and the wired infrastructures of the human brain Felipe Fernández-Armesto’s book might come as a timely reminder that while such studies might help enrich the properties of AI, historical reflection on the circumstances in which the human imagination renders its finest accomplishments might help us better to address the contemporary crises of our collective futures.

At a time when the ‘human imagination’ has become the subject of frontier research in AI, machine learning and the cognitive and neurosciences, it isn’t surprising that a historian might have wished to weigh in from the ‘other’ side and provoke a new conversation. Felipe Fernández-Armesto is a much respected historian who unfortunately is not read widely in India. Those acquainted with his work would perhaps know that the book, Out of Our Minds, comes in sequence to a long list of popular and academic publications covering the story of human history in large units such as the ‘World’ or ‘Civilizations’, or through ‘Ideas’ or even through long-range studies of that critical source of human survival, ‘Food’. Out of Our Minds, in fact, builds upon his 2003 volume, Ideas That Changed the World. It offers a broad, sweeping, and compelling account of the conceptual and intellectual leaps that drove the peculiar trajectories of human history from its earliest moorings in caves and forests to its contemporary life in an urbanized, globalized and digitized world.

To imagine or “the ability to see what is not there and to bring it into being” is what Felipe Fernández-Armesto claims to be the startling ability that has fuelled human history for centuries. As a species, he argues, we stand alone in our remarkable capacity to refashion the world after the image in our minds. Yet how does imagination work? What are the cognitive processes that enable us to see beyond our senses? Fernández-Armesto addresses such questions by drawing upon insights from cognitive scientists and evolutionary biologists who tell us that evolution has bequeathed us abundant “powers of anticipation” and relatively “feeble memories” and that imagination arises from “collusion of these two faculties”. The word imagination covers fantasia, innovation, creativity, recrafting of old thoughts and all other fruits of inspiration, intuition and ecstasy. Imagination, as the author argues is the life-blood of human history. Little wonder that human cultures the world over have valued historians who have had to reconfigure in imagination a long gone past, visionaries who found religions by conjuring unseen powers, storytellers who have had to “exceed experience” to recount events that never happened, and artists, inventors, ideologues and thinkers and all those who have imagined possible futures, realize better ones and forestall worse. At the heart of every idea then is an act of imagination writes Fernández-Armesto, “experience excelled or transcended, reality reprocessed to generate” new ones.

His story of ideas is a tribute not merely to ideas per se but also to the many acts of imagination that gave birth to these. Clearly, then, it is not a conventional history of ideas. It doesn’t begin a history of ideas with the advent of writing. It rather goes into the deep past of the human imagination to begin its history not with written records but in layers of archaeological and other forms of material evidence. The objective of this exercise is not to merely point to the antiquity of human imagination but to also claim that the basic toolkit of ideas on which we now rely to live our collective lives as a species was developed in its rudiments several millennia away. In spite of the elusive nature of such material, the lesson of Fernández-Armesto’s first chapter is clear: before the Ice Age some of the world’s most compelling ideas had already sprung to life and modified the world — symbolic communication, the distinction between life and death, the existence of more than a material cosmos, the accessibility of other worlds, spirits, ancestors and even gods. Together with these were imaginations of change, anticipation of different kinds of realities and possibilities of forging newer forms of collective life.