Book check: What read to gift your mom

What type is your mom? Pick the apt read for her from this list 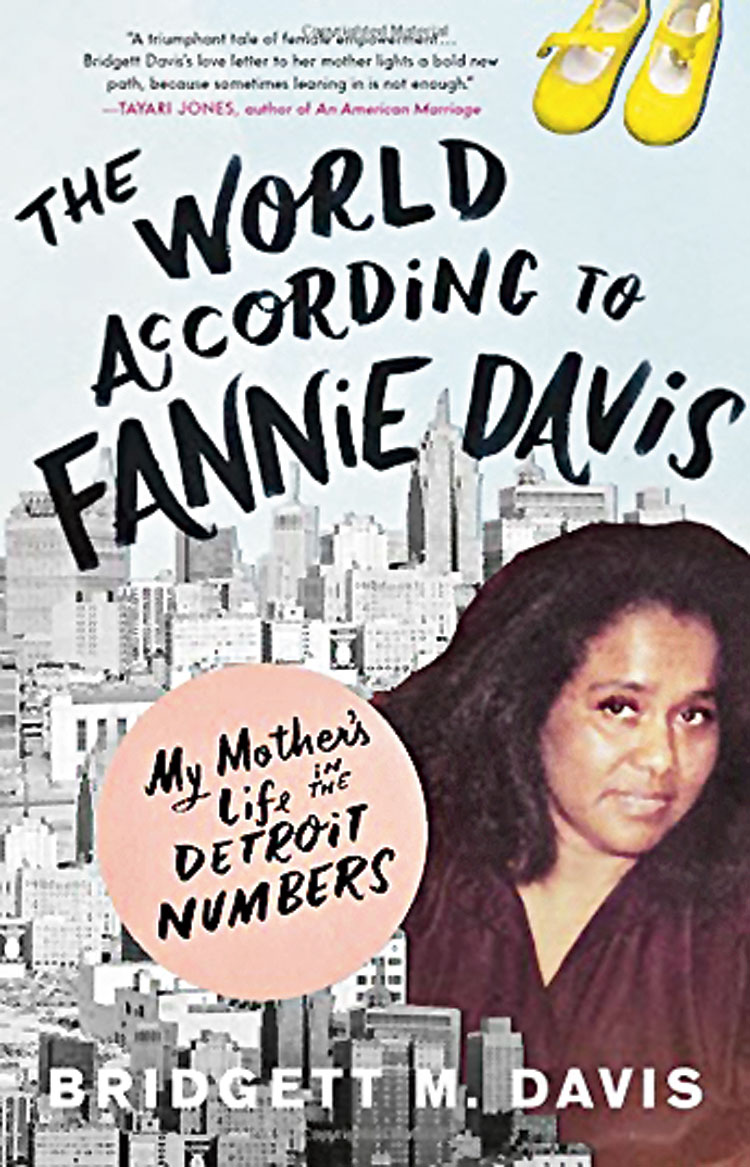 The tale of an unapologetic, black mother in Detroit who ran numbers, is narrated by her daughter and writer Bridgett M. Davis. While Fannie Davis provided creature comforts like expensive dresses and a large mansion, her absence is hardly compensated and yet contributory towards the life that her daughter lived and is thankful for. Keeping her mother’s illegal profession a secret, she grows up to be the woman she is because of her mother’s ways and a relentless attitude. Juxtaposed with an intensely researched history of the time lottery was slowly being made illegal in the 1870s to the time of an uprising against the Black community in the region, what could be a more inspirational read for your mother than The World According to Fannie Davis on Mother’s Day? 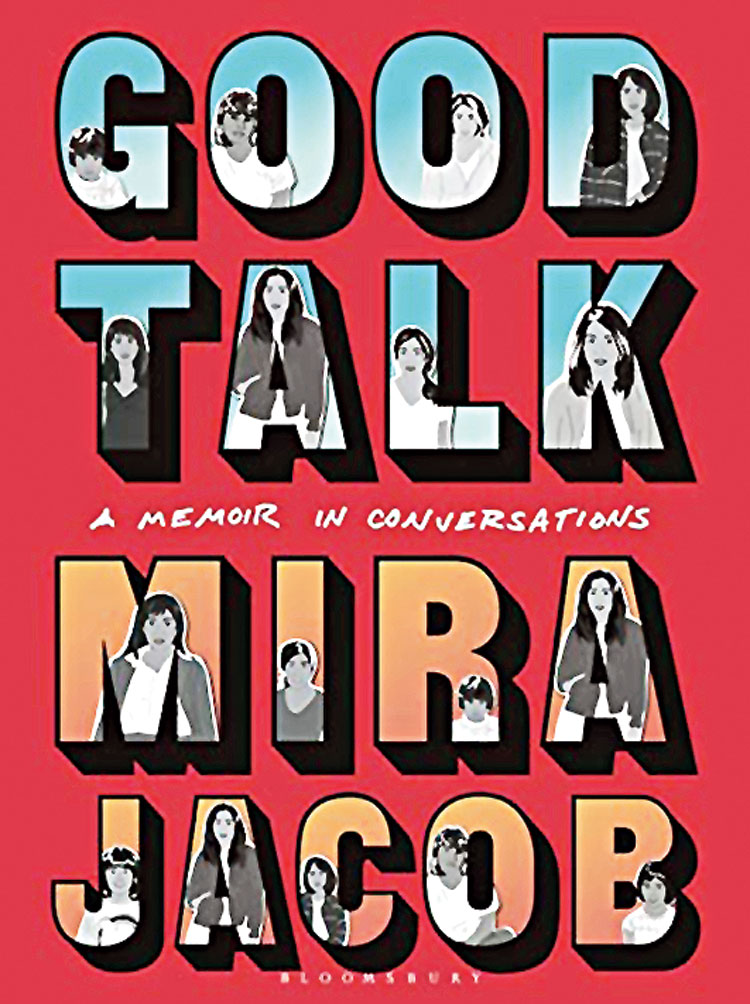 Graphic novels sometimes manage to create a visual impact to one’s reading that is unparalleled. That is exactly what Mira Jacob’s memoir manages to do while she effortlessly narrates tales of her growing-up days as an American born to Indian parents in America. Through questions raised by her six-year-old son, a mother reminisces about bringing up a dark child in an Indian household. Racism, interracial marriages, Trump’s rule and tragic moments of history like the 9/11 terror attack spring up from the pages, punctuated with minimal sentences. This book is a perfect companion for mothers who want to understand how patiently answering your ward’s questions could also lead towards introspection of events otherwise avoided in your own life. 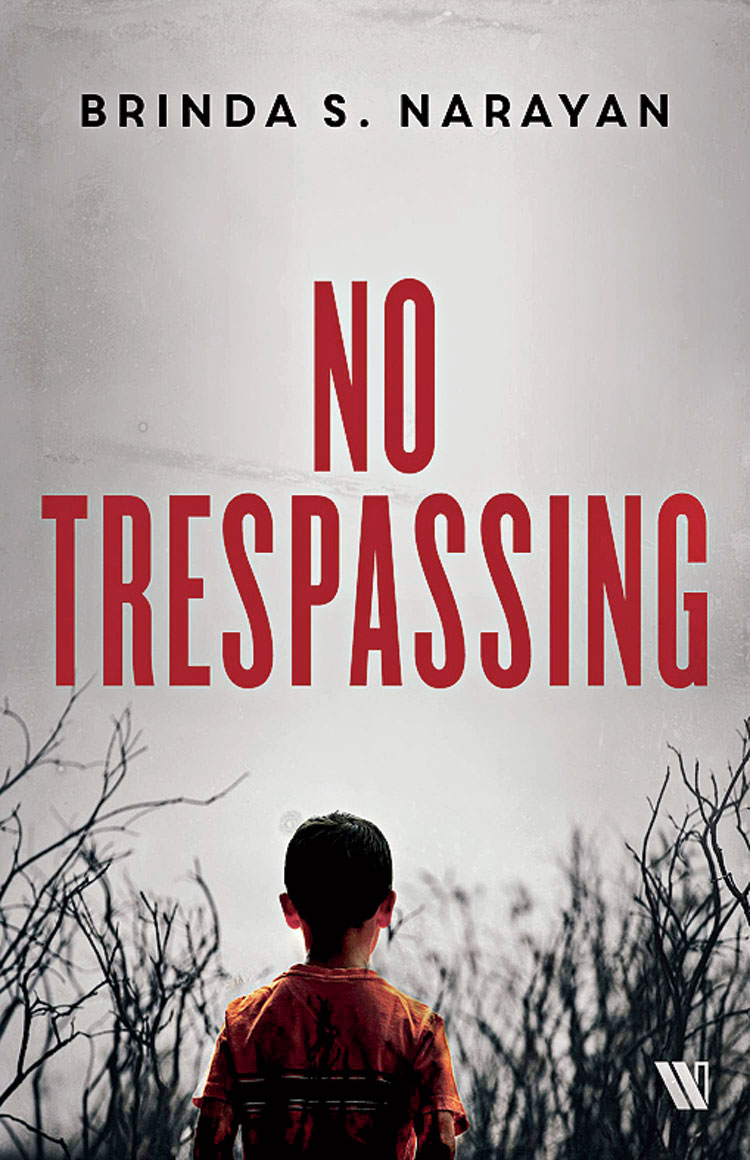 A complete work of fiction, No Trespassing traces the journey of a mother who returns to India after many years from the United States, only to lose her son for ever. Vedika, a simple woman with wealthy means is soon left bereft of peace and happiness as she realises that her son Sajan’s death was no accident, and instead a murder. Overcome by the idea of finding out how this could have happened, decades-old secrets are unravelled. Will she be able to solve the mystery fuelled by nothing but her son’s love? Will she be able to find out what her wealthy and secretive neighbours are hiding from their past? Gift your mother this piece of debut fiction which would make for an enthralling day-long read. 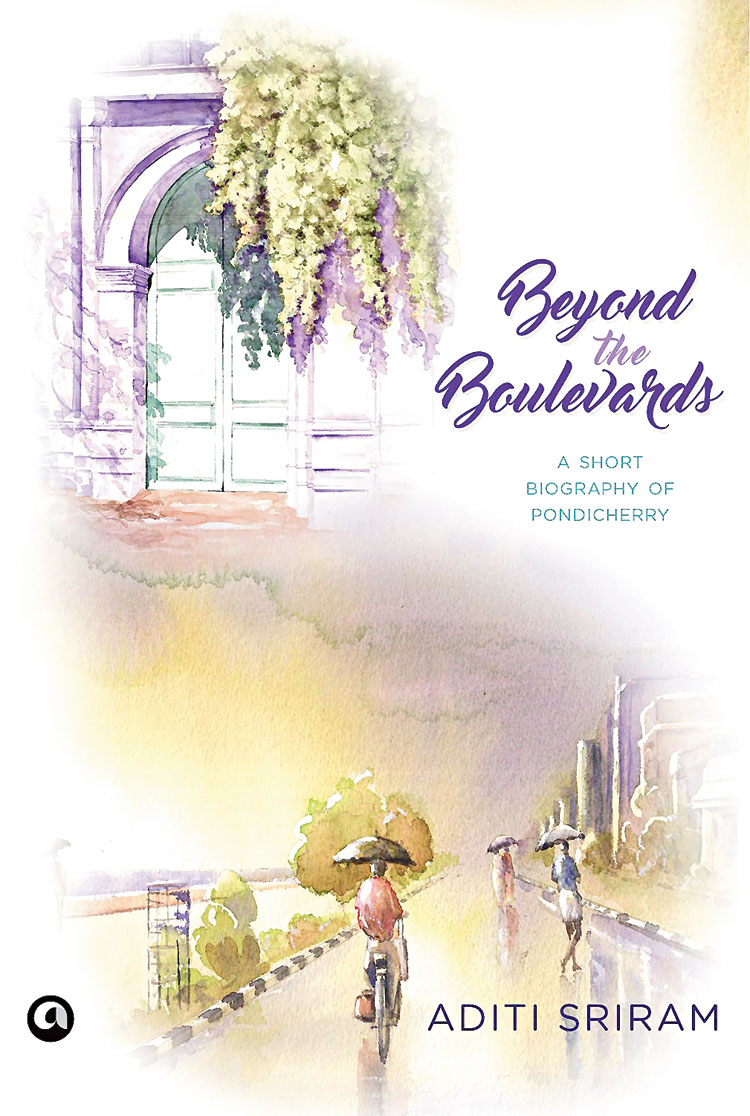 For the traveller mother: Beyond the Boulevards: A Short Biography of Pondicherry by Aditi Sriram; Aleph Book Company; 201 pages; Rs 399
Source: Book cover

For mothers who love nothing better than to take a break and travel as much as she can, this book is the perfect guide to Pondicherry. Aditi Sriram’s debut novel deals with the history of a city that offers peaceful tranquillity as well as copious amounts of alcohol! Speaking to locals and unearthing a rich tapestry of historical relevance, this book will further romanticise the idea of well-preserved Dutch, French, Portuguese colonies, and draw you towards Aurobindo Ashram. Punctuated with small stories that are folklore of the place, this is a languid Sunday read that is the perfect gift for a mother who is already planning her next trip, without having unpacked her suitcase from the last. As very-romantic Pondicherry beckons, be warned that you might have to follow up with tickets soon! 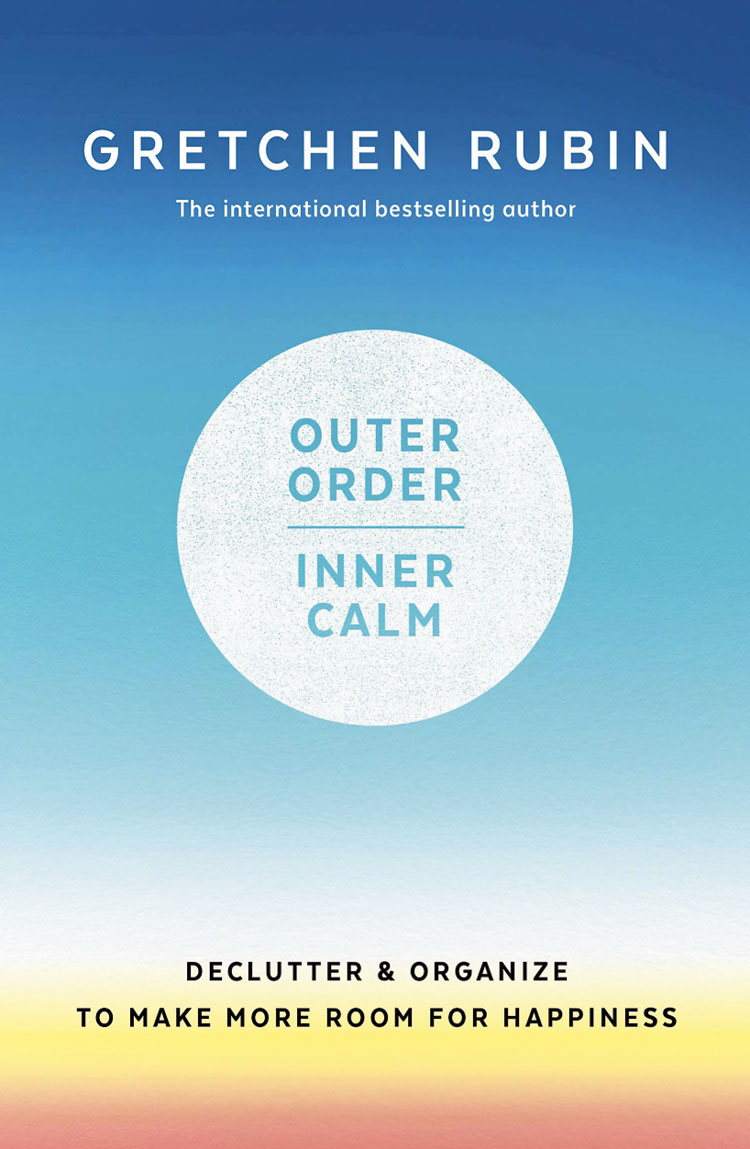 For the cleanliness-obsessed mother: Outer Order, Inner Calm by Gretchen Rubin; Hachette India; 215 pages; Rs 499
Source: Book cover
If your mother has been watching Marie Kondo declutter people’s lives on Netflix, this is the perfect gift for her. For those mothers who feel that maintaining order on the outside helps to bring inner peace, tips from Gretchen Rubin are the best thing that could happen to her this Mother’s Day. Simple tricks that can help declutter your life and accept your role in the workspace and at home, could come in handy for a more peaceful existence. And one can also hope that some of that enthusiasm rubs off when she comes to your room as well! 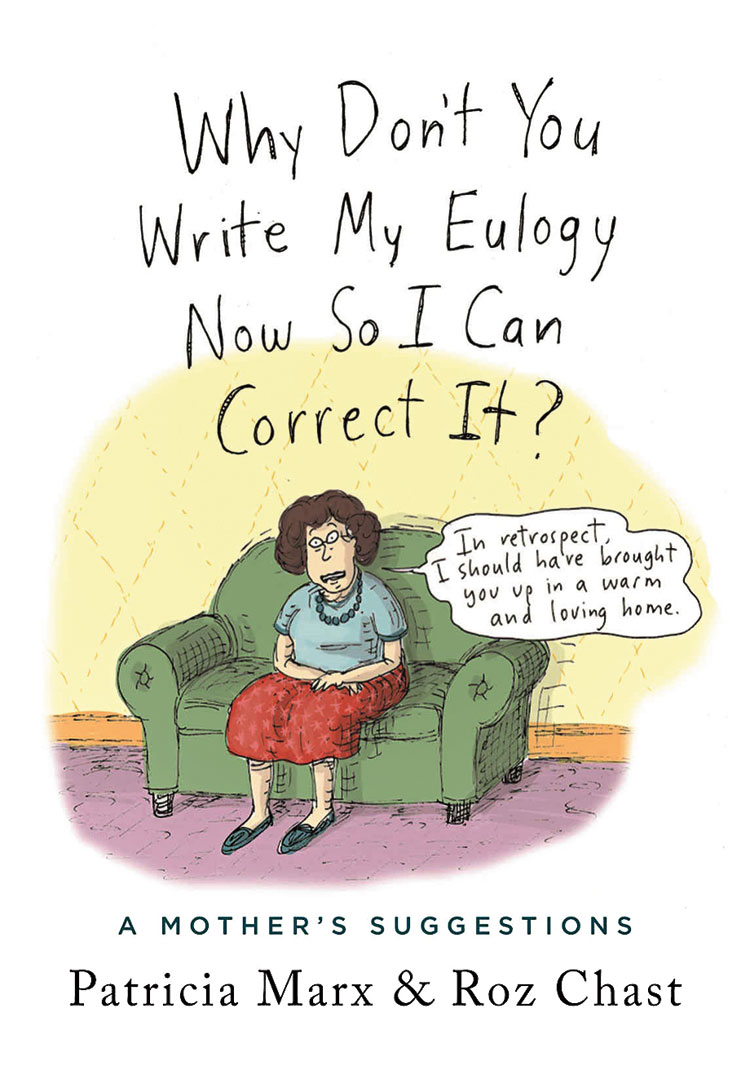 For the funny mother: Why Don’t You Write My Eulogy Now So I Can Correct It?: A Mother’s Suggestions by Patricia Marx by Patricia Marx; Caledon Books; 112 pages; Rs 1,102 (approx.)
Source: Book cover

Mothers will compulsively have an advice to dole out, whatever be the situation — within the confines of the boundaries of their knowledge or outside of it. However, for New Yorker writer Patricia Marx, the advice was note-worthy and resulted in this witty and hilarious book. Coupled with illustrations by cartoonist Roz Chast, this book is a collection of one-liners and fits perfectly into a sporting mother’s cosy library. The worldly advice in the book includes gems like “If you feel guilty about throwing away leftovers, put them in the back of your refrigerator for five days and then throw them out.” We sure can relate! 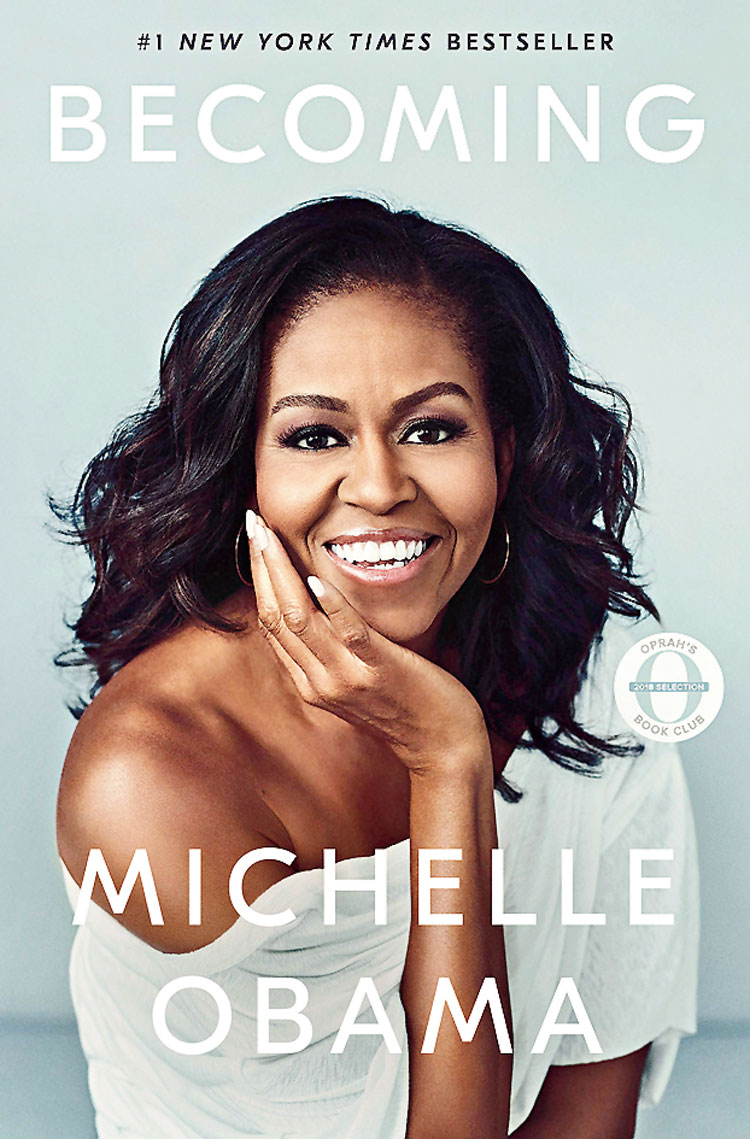 An icon of inspiration for women of all ages, Michelle Obama penned her story of being the First Lady of the United States, running public health campaigns, her experience at the White House, being a wife and, most importantly, being a mother. The Princeton University and Harvard Law School graduate divides the highest-selling book of the United States in the year 2018, into three parts – Becoming Me, Becoming Us and Becoming More. Tracing her life through her childhood days to her romantic relationship with Barack Obama and eventually ending with her experience of being the First Family of the United States, Michelle Obama’s book is strewn with inspirational moments that make one realise why the world looked up to her as her role as the FLOTUS. This book makes for a perfect gift for the mother who inspires similar awe amongst people she works and lives with. 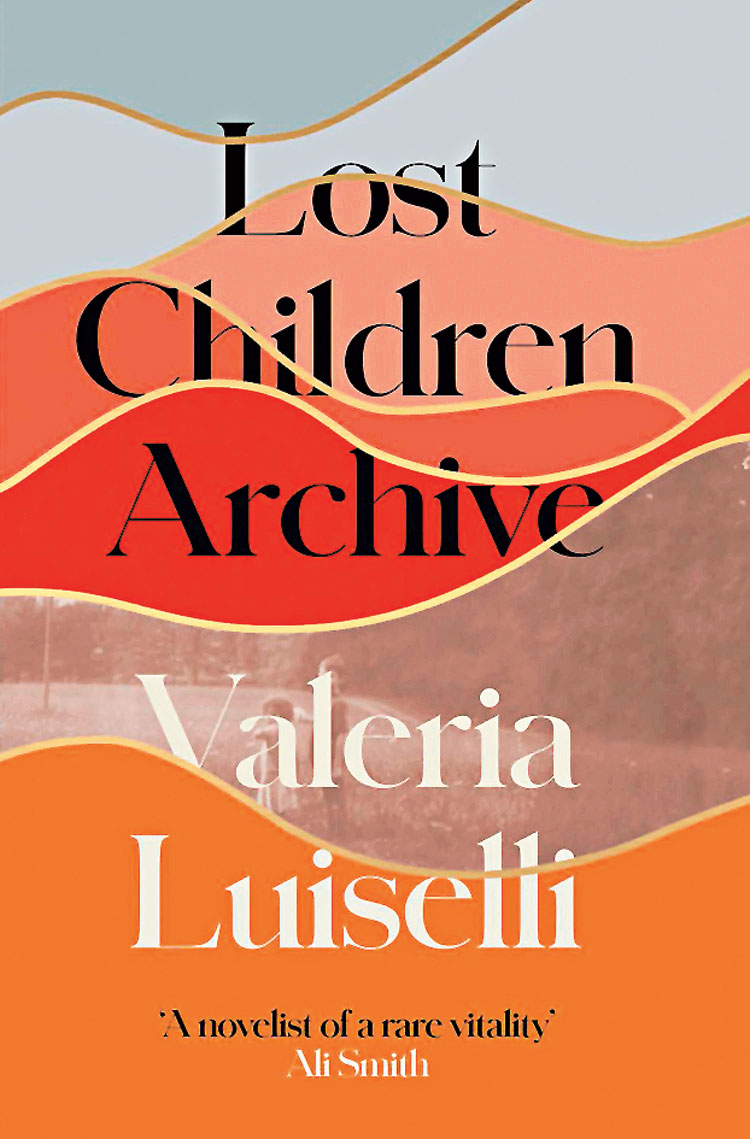 A couple set out on a journey from New York to Arizona with their kids from previous relationships, in an effort to reach Apacheria, home to the original Apaches. A ‘sound documentarist’ by profession, they carry a polaroid camera with them to record the changing landscape of the terrain. The backdrop, in this case the radio, tells the tale of refugee kids stuck in hinterlands trying to escape to a better world. As the crisis burgeons into gigantic proportions, there is a crisis brewing within the confines of the car. Familial ties are put to test and complications keep on occurring as they traverse through Oklahoma, Texas and more. Told through the voice of the mother and her son, the book is juxtaposed with prior stories of migration and displacement and strewn with texts collected meticulously from the past. This is a book that is a must-read for all mothers, Mother’s Day or otherwise.