Advertisement
Home / Culture / Books / Autobiographies and memoirs for your collection

Autobiographies and memoirs for your collection 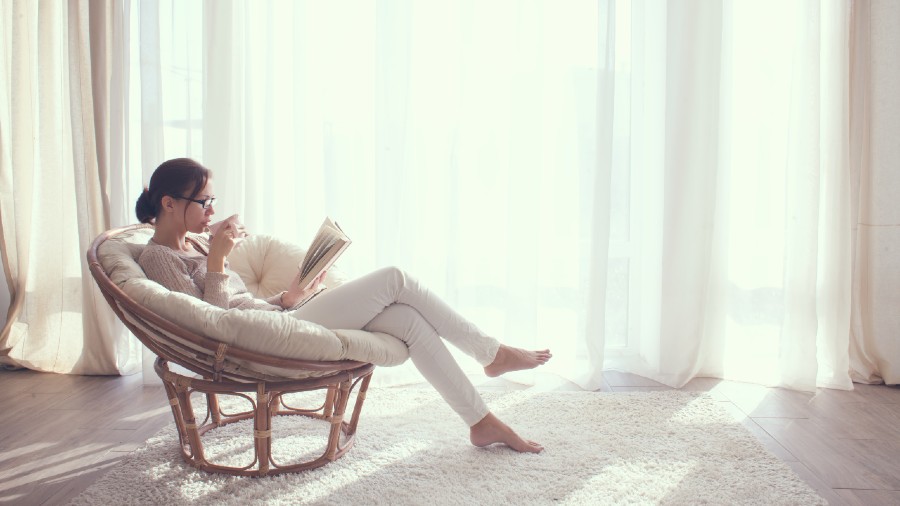 The Return: Fathers, Sons and the Land in Between

American-born British-Libyan writer Matar’s heart-wrenching, poetic memoir, The Return: Fathers, Sons and the Land in Between won the 2017 Pulitzer Prize for Biography or Autobiography and the 2017 PEN America Jean Stein Book Award. Jaballa Matar, formerly working for the Libyan delegation to the United States, rose to be a political dissident of Muammar Gaddafi’s regime, and had to flee to Cairo with his family, fearing for their safety. In Cairo, as a member of the Executive Committee of the National Front for the Salvation of Libya (NFSL), an opposition movement against the government, he wrote articles upholding the rule of democracy in Libya. The Libyan government kidnapped Jaballa Matar and Izzat Yousef Al-Maqrif, another dissident figure living in exile in Cairo, from the streets in the 1990s. The two of them were detained and never heard of since. During this time, Hisham Matar was a student in London, who eventually grew to be a famous writer. The narrative traces his journey to his native land in 2012, after three decades of exile, to search for answers about his father’s enforced disappearance in 1990 in Libya. As an adult displaced from his roots by war and politics, Matar grapples with familial loss, longing for the homeland, and struggles with his identity.

The magical storyteller who has grown familiar to us in our childhood and adolescent years and even as an adult, Ruskin Bond’s Lone Fox Dancing is an anecdotal, self-referential glance at his life and world, the small places, people, and events that shaped the making of the well-loved writer for about six decades now. The major slice of the text follows his growing-up years in Dehradun, Shimla, and Delhi, splayed against the British Raj in India to his boarding school memories set against the darker backdrop of the Partition and the assassination of Gandhi, and his encounter with racism as a white boy in India. While the loyal reader will delight at tracing the familiar sights and real-life counterparts of familiar characters Somi, Kishen, and Ranbir, every literature lover will be in for a Ruskin-esque ride brimming with his characteristic understated wit and inward humour, picturesque imagery and colourful characters.

Shame on Me: An Anatomy of Race and Belonging

The memoir by Guyanese-born novelist, essayist, librettist and professor of creative writing at the University of East Anglia, Tessa McWatt is an inward-looking author reckoning with her multi-racial heritage and of growing up with a racial identity foisted on her by the hierarchical and deeply divided world of the sugar plantation. McWatt’s ancestors were brought to the former British Guiana from Southern China after her great uncle was shot during the First Sino-Japanese War, and made to work as an indentured labourer on the plantations. Her incisive memoir bursts with political anger directed at the plantation as an apparatus of inequality and exploitation as she draws up the history of slavery and indenture with the racialisation of her body as a Black woman, raising profound questions of living in a post-racial world that is still ironically fettered with colorism and racism.

A Dutiful Boy: A Memoir of a Gay Muslim’s Journey to Acceptance

Belonging to a Muslim family in east London, as someone who was aware of his homosexuality and how it was unimaginable in the orthodox, homophobic British Muslim community that he was born into, London-based barrister and author Mohsin Zaidi’s A Dutiful Boy: A Memoir of a Gay Muslim’s Journey to Acceptance marks his reconciliation and balancing his sense of belongingness as a member of his religious community with his sexual identity and his intellectual bent and the opportunities it offered him. What comes up is a moving memoir of Zaidi’s tumultuous, coming-of-age journey of being the first from his school to go to Oxbridge, to finally finding his way to happiness and acceptance by his family.

Written by former Indian Space Research Organisation (ISRO) aerospace engineer and Padma Bhushan awardee Nambi Narayanan, along with journalist G. Prajesh Sen, the book charts Narayanan’s life. From a humble upbringing in Nagercoil, Tamil Nadu, it talks about the highs — his spirit of enquiry and penchant for science, his patriotism of choosing ISRO over NASA after his education from Princeton University, his foundational drive in fostering India’s homegrown cryogenic technology that has taken India’s space technology to where it stands today, and the lows — the false espionage charges against him by CBI of selling defence secrets to two alleged Maldivian intelligent officers leading to his arrest and the eventual acquittal by CBI and the Supreme Court.

The Last Girl: My Story of Captivity, and My Fight Against the Islamic State

Written by Nadia Murad and co-written by Jenna Krajeski, the book narrates Murad’s tortuous, searing yet cathartic and awe-inspiring story as a survivor of human trafficking and sex slavery. It is a testimony to the indomitable and unbreakable spirit and courage of women even in the face of unspeakable torture and her emerging powerfully through it all into Iraqi Yazidi human rights campaigner. Barely 21 when she was abducted along with other Yazidi women by ISIS when her village Kocho in northern Iraq was attacked during the Second Iraqi Civil War, Murad narrates the terrifying events that led to it along with the aftermath of the attack, of her being captured, raped and violated by militants and her eventual escape out of Iraq and making it to Germany as a refugee. Wielding the power of her story as the best weapon against terrorism as she says, you wouldn’t want to miss this extraordinary memoir that won her the 2018 Nobel Peace Prize.

Korean-American author Cathy Park Hong’s memoir that won the National Book Critics Circle Award for autobiography in 2020, examines her lived experience as an Asian-American migrant in the US. Etched in seven essays, the piercing and poignant account engages with the underlying feelings of irritation and embarrassment that come with racism and racial discrimination and identifies acts of race. Hong defines the titular minor feeling in an essay in the book as “the racialized range of emotions that are negative, dysphoric, and therefore untelegenic.” This one will leave a lump in your throat.

Born a Crime: Stories from a South African Childhood

“I was nine years old when my mother threw me out of a moving car”, begins South African comedian, television host, producer, writer, political commentator, actor, and host of The Daily Show Trevor Noah’s Born a Crime: Stories from a South African Childhood. Little Trevor’s mother had to throw him out from a car to save him from being killed by the racist driver. Beginning on a jolting note, but peppered throughout with his trademark touch of humour that will pull in readers of all ages, the series of essays in the memoir explores his story as the child of a white Swiss father and a black Xhosa mother in apartheid South Africa where interracial marriages between Black and White persons were almost illegal. Interweaving social criticism with themes of race, adolescence, identity politics, domestic violence, and faith, Noah negotiates his complex identity as a mixed-race child.

Home Work: A Memoir of My Hollywood Years

Renowned British-born actress and singer Julie Andrews wrote her autobiography jointly with her daughter Emma Walton Hamilton. Andrews gives readers a glimpse of her life that can be best described as a metaphor for her on-screen persona –– distinguished, elegant and untroubled. The narrative fluidly relays her rise as an acclaimed singer and performer with a mellifluous soprano voice on stage and her glorious Hollywood career, which include her iconic movies like Mary Poppins, The Sound of Music, etc. Also recounting her struggle to maintain her steady journey even within the gimmick and complexities in Hollywood, this book will appeal to her fans and even general readers.

No Country Woman: A Memoir of Not Belonging

This book by Canberra writer Zoya Patel is composed as a collection of essays, and reflects on her life as a Fijian-Indian migrant in Australia and how multi-racial identities and systemic racism make it difficult for one to truly belong. From the stereotypes thrust upon her family, her close observations of her behaviour and people around her, spotting micro-aggressions, to her desire to be more Australian while trying to break through her family’s traditions and religion — Patel’s insightful and humorous writing lifts the narrative into an engaging, insightful look into how life for people of colour in Australia might be, bearing the message of how we could all do with kindness and empathy for a humane, egalitarian world at large.