A conversation with author Yann Martel 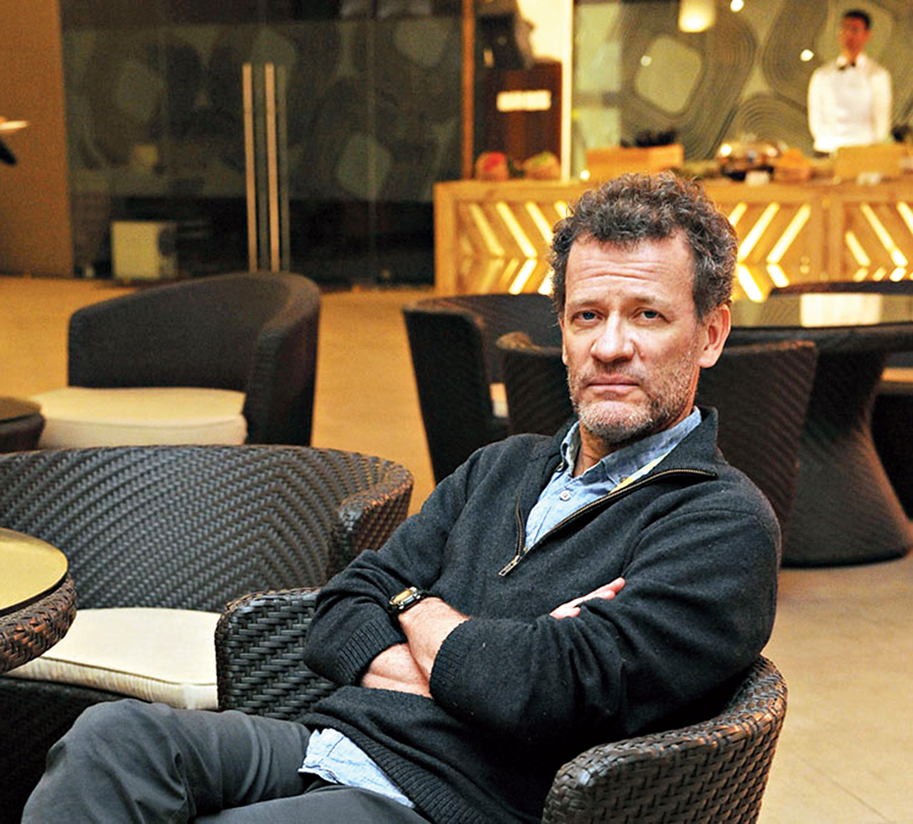 World War I killed 25 million people and then we had the flappers and dancing in bars as nothing had happened. It’s amazing the capacity people have to forget. In the near future there is going to be amnesia in the rush back to who we were before— Yann Martel
Sourced by the Telegraph
Shrestha Saha   |     |   Published 17.06.20, 08:57 PM

There are plenty of lessons waiting to be learnt during this lockdown that the world finds themselves in, in various degrees of strictness, believes Booker prize-winning author of Life of Pi, Yann Martel. Martel was in conversation with author Sandip Roy for Kolkata Literary Meet, on their Facebook page, on June 12, straight from a moderately secluded province in Canada — Saskatchewan. Luck and dedication, of not only the political class but also the citizens, is what he attributed to the seemingly under-control numbers of coronavirus cases in Canada. Of various observations borne out of this lockdown, the need for robust leadership was at the forefront in his mind. And the success of countries led by women was undeniable he felt. “Leadership in countries like the US and UK is stupid, doesn’t listen and the consequences have been devastating. The leadership of women have been humble, kind and one that seeks consultation and these countries have done much much better,” he quipped. The author deep-dived into a conversation that covered the changes in our lives and the crossing of certain forbidden lines, collectively as a species.

Not much has changed in his life where a day consisted of having breakfast with his children and then retiring into a 10x14 studio space, about 15 metres away from his front door where he sits alone all day to write and research. His partner too is a writer and home-schooling the kids is the only added bit of responsibility to their day. Martel is, however, convinced of two lessons that we will definitely learn in this lockdown. “Eternal optimist that I am, I believe we will learn the importance of a good healthcare system and of having doctors and nurses available to people.” And that we will learn the importance of interpersonal relationships. “We are a sociable species and it is upon being cut off that we realise the importance of interpersonal connections,” he added. The idea of a “frivolous economy” emerges from this part of the chat where the author succinctly puts forth the need to go local. An economy that is governed by “uber capitalism” and “deep consumerism” is not the way forward and post-lockdown, one can only expect people to be kinder and more mindful of those around them. Walking the dog in the park now invites gentle ‘hellos’ from strangers who would otherwise not make the effort to connect, at any other time, thought Martel.

Is the world getting smaller though with everyone finding themselves in the same predicament, asked Sandip Roy and a “stuck on a boat in the middle of the ocean with a tiger” parallel was drawn where the tiger this time is perhaps the virus. “It is more like we are all floating in the ocean and some people have nicer boats than others while some don’t even have a boat and have to struggle towards the shore”, but amidst this terrifying parallel emerges his positivity again as he says, “Human beings were not born in Eden and instead survive on this planet. However, humanity has survived a crisis much worse than this, be it war or a famine or a pandemic, and this time too, we will emerge from this,” said the author.

For a man who has extensively covered the bond between animals and humans, Roy remarked upon the “unbridgeable gap and the unbreakable bond between humans and animals” and the consequences of the same. While agreeing to human beings being mostly carnivorous in nature, Martel stressed the need to follow rules and procedures in the process of it. “Whether it is a bat or pangolin, it is not something we should be eating,” he added. Taking the example of HIV that was derived from SIV (Simian Immunodeficiency Virus) found in chimps in Central Africa, he reiterated his point on the changes that are inevitable to our lifestyles because of this pandemic.

The author who has extensively dealt with grief as a subject in his book The High Mountains of Portugal, feels vulnerable at the thought of the solitary goodbye that this disease demands. There is a support system of family and loved ones when one is suffering from any fatal disease or accident but for corona, it happens in complete isolation, which made him think of his parents 2,000 miles away in Quebec and the crushing inability to do anything about it or even visit them. To have your darkest and deepest fears reiterated by him only added warmth of brotherhood in the mind — you are not in this alone. However, it is in the processing of this grief that he treads upon the topic of faith and the importance of a dream. “Homer is essentially fiction as there is no proof of any kind to his stories. However, the Greeks consider that their Bible, which means their entire belief system is based on fiction. The same goes for Christianity as it is very hard to get evidence on Jesus. This teaches me that one of the key elements of our being, is the ability to dream,” he said. Just as we need hospitals right now, we also need our ability to dream to take us forward into the future and faith of course. “If a man doesn’t have faith, I don’t know what he has,” he vehemently adds. The last few moments when a person breathes his last, the last conversation is always with an imaginary friend born from faith. That could be a dead husband or a God.

“The claims of religion tend to go beyond the threshold of death so in your dying moments, I don’t know why you wouldn’t have a conversation with Krishna, Allah, Jesus, just in case they are real.” Pascal’s Wager is referenced and if God does exist, you would want to be on their good side when you do meet after death! “Any religion that doesn’t listen to science is going the wrong way. You can’t ignore science because that’s not a religion, that’s stupidity,” he added.

One can’t escape asking a writer of fiction if there is a story in this crisis and if the writer happens to be Yann Martel, you ask him if there would be a God in it! “I have always been interested in how faith and religion impacts an individual. You could want to be a scientist someday and that dream could be the driving force in you. The same is for religion and how it personally affects someone, that has been a recurring thing in all my novels, even this new one on Trojan War (his new novel in the making). About a story? To be honest, it hasn’t creatively stimulated me because as I said, we have been here before. This event is so banal and usually, you tell stories to people who haven’t heard your stories. I don’t think a novel about Covid-19 coming to a village will have readers because everyone already will have been through that exact same experience. This is the first time the entire world has been made to feel the same way. In five years’ time we will have forgotten what happened now.”

Martel believes in the firm resilience of humankind to get through this for we have moved past much worse. People who don’t remember the Black Death or World Wars haven’t taken a dose of their history lessons recently. “World War I killed 25 million people and then we had the flappers and dancing in bars as nothing had happened. It’s amazing the capacity people have to forget. In the near future there is going to be amnesia in the rush back to who we were before,” he added.

The philosophy major spoke about reading being the safest of the arts right now by virtue of essentially being a solitary activity and the importance of “black lives matter” over the “stupid rhetoric of ‘white lives matter too’”. He spoke about a future where the USA is presided by a person who is “not clinically insane” and he spoke about a resilient future. “Hungry readers are out there and publishers need to understand that once they can get past the initial hurdle caused by this devastation, be it Covid-19 or the cyclone that affected the boipara in College Street so ruthlessly,” he said.

Incidentally, this session was to draw attention to a fundraiser for the small-time publishers and bookshop owners of College Street, post-cyclone Amphan. The stimulating chat rife with a positive outlook for the future is available for streaming on Kolkata Literary Meet’s Facebook and YouTube pages.