The author, a prolific Russophile, mulls the trajectory of the fighting over Ukraine 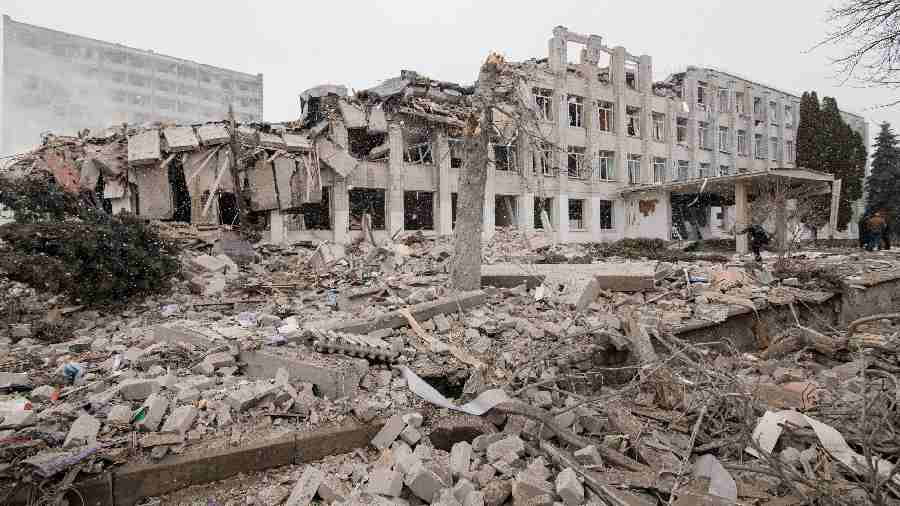 How will this war end, and what sort of Russia will emerge from it? None of the possible scenarios bodes well for Russia or Ukraine. A military defeat for Russia is the first and least likely possibility, if a “victory” for Ukraine means, as many of its leaders think it should, the expulsion of Russian troops from all its territories. Even in defeat, the Putin regime would probably survive, albeit in a more repressive form and more isolated from the international community. Putin one day will step down (he is rumoured to have cancer), but unless there is a revolution his system will continue under a different leadership. With its domination of the media, its repressive forces and its reserves of foreign currency, the regime is too powerful, even for a mass-based opposition, such as we saw in support of the imprisoned leader Alexei Navalny, who tapped into a growing public mood of anger and frustration with government corruption in the late 2010s as general living standards remained low. As Russia’s story shows, the autocratic state has many times survived long periods of discontent. Society has been too weak, too divided and too disorganised to sustain an opposition movement, let alone a revolution, for long enough to bring about a change in the character of state power. Today the failure of democracy is rooted in the weakness of the public sphere. Thirty years after the collapse of the Communist dictatorship, Russia remains weak in all those institutions — genuine political parties, professional bodies, trade unions, consumer organisations, civic groups and residents’ associations — whose freedom of activity is the underpinning of democracy. The intelligentsia, which once assumed the role of the nation’s conscience, carries little influence today. The war has further weakened it, as tens of thousands of that caste (artists, academics, journalists, scientists and IT specialists) have fled abroad instead of opposing it at home. No doubt they are hoping to return to Russia soon. But that was the hope of the émigrés who left Russia after 1917, and very few of them returned.

The second possible scenario is a stalemate, a permanently frozen conflict in Ukraine, with Russian troops in the Donbass and the east but neither side prepared to stop the fighting, and no real basis for constructive peace talks as long as the Russians occupy these territories. Eight years of war have hardened the Ukrainians’ resolve not to compromise with the Russians. For even if they gave up lands for peace, what assurance could they have that Russia would not use these as a forward base to prepare a new attack? Nothing Putin says can be trusted. The Ukrainians are equally unlikely to give up on their aim of Nato membership, a key demand of the Russians. From 2019 that aim was enshrined in the Ukrainian constitution, so any decision to remove it would need to be approved by a national plebiscite or a vote in Parliament, a process that would take “at least a year” in Zelensky’s estimate. Yet with every passing week the likelihood of passing such a resolution will decline, as it becomes ever clearer that Nato membership is the only guarantee of Ukraine’s survival as an independent state (before the Russian invasion, 55 per cent of the population favoured joining Nato, but by the end of March that figure had risen to 72 per cent).

In the end Ukraine will be forced to reach a compromise with the Kremlin. There is no other way to stop this war. The issue is to do so on terms best for Ukraine with international guarantees of its security. This means that the West must go on arming the Ukrainians until they gain the upper hand, if not complete victory. But how long can the West be counted on? For all its talk of “standing with Ukraine”, would it really risk a direct conflict with Russia, or suffer crippling shortages of oil and gas, should the Russians cut sales to the West? Putin will be counting on the weakening of the West’s resolve. He reckons that its people will grow tired of the war and become more concerned by their own problems. He has begun a war whose predictable effects (spiralling inflation, food shortages in the Middle East and North Africa, both reliant on Ukrainian grain, and mass immigration from these regions into Europe) are likely in the long term to destabilise democracies. Failing that, Putin is prepared to escalate the war, using nuclear weapons if needed, because he thinks that Nato will back down to avoid a direct confrontation with Russia. Such are the lengths to which he is prepared to go to force Ukraine back into the “Russian world”.

A Russian victory of some kind is the most likely outcome of this war, given the resources at the Kremlin’s disposal. But what sort of victory can be achieved? Even if the Russians settle for the whole of the Donbass as their “victory”, they will still be left with the problem of Ukrainian insurgency and civil disobedience, not to mention the huge cost of rebuilding cities which their armies have destroyed. The Russian economy will be further weakened by sanctions. It will be set back fifty years, returning in effect to Soviet-like conditions. Isolated from the West, Russia will be forced to pivot east, a turn accelerated by the war and welcomed by a number of the Kremlin’s ideologists, who believe that Russia’s future lies in a Eurasian bloc, opposed to Western liberal values and US global power, withChina as its main ally. With only fossil fuels, precious metals and raw materials to offer the Chinese, Russia would become the junior partner in this new relationship. But with China it would represent a dangerous threat to the West’s interests in those regions of the world, from India to the Middle East, where nationalist movements and dictatorships are able to exploit their country’s grievances against the West. In the Kremlin’s understanding this is a war not just about Ukraine but about the ending of the US-dominated global order and economy by the growing power of Eurasia.

Excerpted with permission from The Story of Russia by Orlando Figes; Bloomsbury Publishing