For the life and aspirations of one people in the Northeast, must another die? A slice from the book The Eastern Gate: War and Peace in Nagaland, Manipur and India’s Far 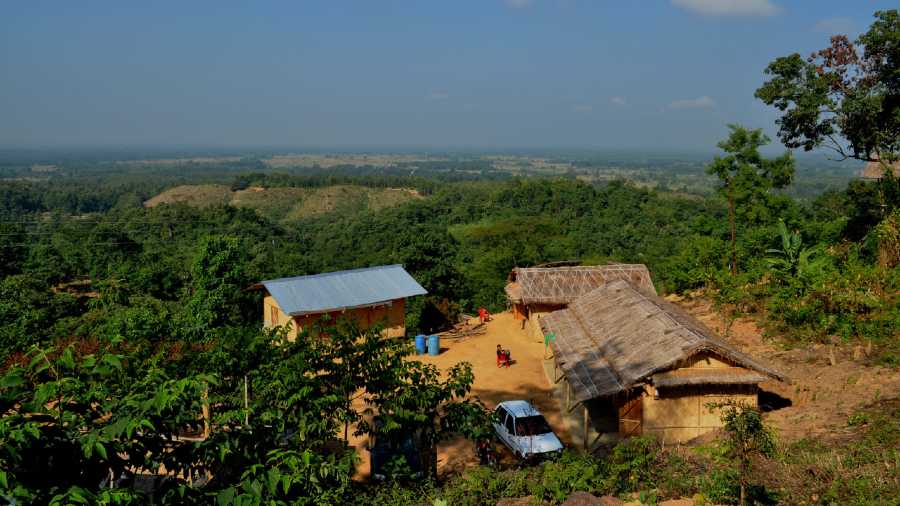 The middle-aged Naga rebel looks out of the window. Hard rain masks the jade-green hills in this unspoiled northern suburb of Kohima. It’s a tranquil afternoon in early-August. We’re at the home of a mutual acquaintance, sharing tea and conversation.

The former deputy chief of NSCN(I-M)’s army glances at the Walther PPK handgun on a table by his side. For some minutes he had inspected the Walther, a wedding gift to our acquaintance from the faction’s army chief at the time, Phungthing Shimrang. Our host had brought it out from a safe to briefly show it off and kept the weapon by the tea service before leaving the room.

Ramkathing Varah opens and inspects the emptied magazine, slides it back in, thumbs off the safety, primes the slide, aims down the barrel at the teakwood bookshelf at the end of the room, and pulls the trigger. Click. It is all fluid motion that lasts seconds. He gently replaces the Walther on the table, and responds to my query about what could happen if a political understanding isn’t reached about securing the Naga homelands in Manipur.

He maintains that if the government in Manipur, Nagaland’s southern neighbour with homelands of several Naga tribes across more than a third of its territory, doesn’t agree to the demand of its resident Nagas for administrative autonomy — dealing directly with New Delhi — Manipur will break. It’s what the apex agency of the Nagas in Manipur, the United Naga Council (UNC), terms “Alternative Arrangement”.

Varah’s observation is not an idle one. The man carries combat reputation and has spawned lore. In his younger days Major General Ramkathing Varah is said to have ridden a bicycle to the Imphal home of Yangmaso Shaiza, a former chief minister of Manipur, and shot him dead in front of his family. Varah escaped in the ensuing fuss. That was in 1984, in the glory days of united NSCN — four years before a split into its first set of factional alphabets, I-M and K — the hit in evident retribution for Shaiza’s insistent attempts to bring electoral politics and administrative autonomy to Manipur’s hill districts — and into direct confrontation in its pocket borough. Several years later, after NSCN’s first bloody split in 1988, I-M’s iconic army chief, V.S. Atem, depended on Varah to build up that faction’s armed strength, training and operations. I’ve heard Atem and Varah being collectively described as the “backbone of the Naga army”.

More recent lore has Varah planning I-M’s attack on the camp of the Unification faction in Vihokhu, southeast of Dimapur along the Naga hills. In late-2007, a hundred I-M officers and cadres had broken away, bloodily, and set up this camp not far from I-M’s own HQ in camp Hebron.

Besides bad blood, both camps were separated by badlands, forests, the highway to Kohima, and competing egos and ethnicities, but united in their competition for prestige, territory and taxation — primarily extortion in the name of a cause that feeds the parallel economy

of rebels alongside diversification in narcotics and weapons.

The kidnapping and execution of an I-M cadre in early 2008 by elements of the Unification breakaway had primed for greater explosion in an already explosive battlefield where Naga rebels were at war with other Naga rebels even as they all remained in a ceasefire with the Government of India. It was essentially a power-roulette of I-M versus K and now, by early May 2008, U expediently allying with K. A statement had to be made.

On 16 May 2008, around 5.30am, I-M cadres ambushed and chased down a group of their former colleagues. After a battle lasting nearly seven hours, a short distance from Nagaland’s commercial capital and headquarters of the Indian Army’s 3 Corps — tasked to watch over these far-eastern borderlands and China — fifteen Unification cadres lay dead. A fortnight later, I-M attacked the U camp at Vihokhu. More than a dozen Unification cadres died. In another attack three weeks later, the camp was entirely overrun. An estimated ten Unification cadre died, the rest scattered in the wind — and in the evident care of India’s security apparatus which would later arrange another campsite for U to regroup. (I would in October 2009 visit this new under-construction camp, at Kehoi, also near Dimapur, to interview Kughalu Mulatonu, a senior U official, an interaction detailed in Highway 39).

Rebel lore also records that Varah expected to be made longvibu, or army chief, after his mentor Atem. But Thuingaleng Muivah, the emphatic and wily “M” in I-M to Isak Chishi Swu’s relatively benign “I”, had picked a loyalist — loyalist to Muivah’s power centre that is — to be chief of its army because, in this constantly shifting game of power-chess it wouldn’t do to add more heft to Atem. Muivah’s play happened in 2009, a year after Varah thought his spot as chief of I-M’s army was secure.

And here’s Varah now, five years on, an executive member of that army’s steering committee, a compact man with economy of movement staring down the barrel at Manipur. As we speak, he and his group’s army is estimated at between 7,000 and 8,000 — in numbers, second at this stage in South Asia only to the strength of the Communist Party of India (Maoist).

“Ajit Lal ase, na?” Varah continues in Nagamese, and mentions the just-retired chair of India’s Joint Intelligence Committee, which primarily pools information and expertise from the Intelligence Bureau, R&AW, and the intelligence services of the army, navy and air force. Lal had retired on 31 July 2014. He had just days earlier been formally endorsed for the job by Rajnath Singh, India’s home minister, and the recommendation sent along to the Prime Minister’s office for clearance.

Varah and I meet on 5 August. “Ekta-duita meeting hobo pare,” he says. The direction the new government wants to signal will become clearer after a couple of such meetings with the new interlocutor. But the government will need to make an offer — “Offer koribo lage.”

For its part, I-M is being proactive, he says. Muivah, who also maintains a “ceasefire” residence in New Delhi’s Lodi Estate — more precisely, it’s maintained for him by the home ministry, a bungalow of the sort parliamentarians and armed forces brass are sanctioned, located between the nearby fashionable hubs of Khan Market and the India International Centre — has reached out to the new government. “Uncle Muivah”, Varah says, using a prefix Nagas employ for an elder, expects to meet Prime Minister Modi before the month is out.

That might indeed come about owing to a new government eager for optics, I concur, but what of real solutions? For Naga groups to sign on the same piece of paper for a common peace and common future could be the relatively easy part — as tortuous as even that process would be, I didn’t say aloud. But any conciliatory future, surely — this part said aloud — depends on the realities of Manipur. Indeed, I vent a little to the old rebel, I’ve been writing for several years in columns, essays and a book about just how intertwined the Naga peace process is with Manipur, about a compact with all the people of Manipur. But beyond Manipur, the understanding of this integral aspect of any peace deal, any reconciliation and rehabilitation, is still limited.

Reproduced with permission from The Eastern Gate: War and Peace in Nagaland, Manipur and India’s Far East; Published by Simon & Schuster