Living with a sea change

'Through the Eyes of the Kolis: A Reflection of Mumbai’s Past, Present & Future' aims to reverse the trend of “Environmental Generational Amnesia” that afflicts today's youth 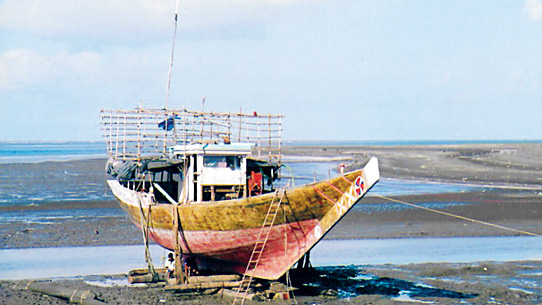 “The first settlers were probably the aboriginal Koli fishermen, whose hamlets developed in coastal localities like Kolbhat or Colaba, Palva bunder (later Apollo Bunder), Dongri, Mazagaon, Naigaum and Worli. A shrine of their patron goddess, Mumbadevi, was built in the south of Dongri and gave the main island its name, Mumbai... As the town grew, the Kolis were still largely engaged in fishing oblivious to the presence of the new settlements and the continual transformation of the township. The Kolis gave their name to the southernmost of Bombay’s seven islands, Kolabhat or Colaba, the landed estate of the fisherfolk.” These lines from Sharada Dwivedi and Rahul Mehrotra’s, Bombay: The Cities Within, encapsulate the history of the community and to a certain extent of Mumbai itself.

The online exhibition of archival photographs, Through the Eyes of the Kolis: A Reflection of Mumbai’s Past, Present & Future — organized by Bombay61 Studio in collaboration with Ministry of Mumbai’s Magic and the Heritage Lab — aims to reverse the trend of “Environmental Generational Amnesia” that afflicts the youth of today by raising awareness levels about environmental degradation caused by rapid and unfettered urbanization. Through these photographs and graphics, viewers get an insight into the lives of the Kolis, and how the skyline of the coastline — once lined with coconut trees and mangroves — has been replaced by a wilderness of concrete structures, and how once golden beaches, water bodies and canals have turned into foul-smelling runnels and dumps choked by plastic waste. But public memory being notoriously short, attitudes have changed little since the deluge in July 2005 and the lifeline of the Kolis — fishing — is at stake. So the younger folk are turning their backs to fishing and looking elsewhere for their livelihood. 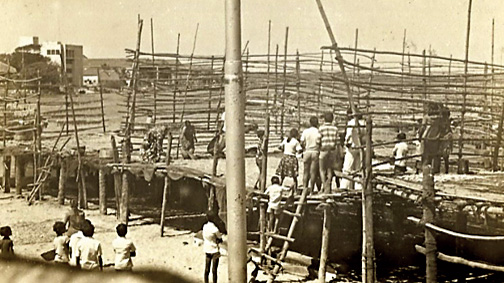 An image from 'Through the Eyes of the Kolis: A Reflection of Mumbai’s Past, Present & Future'
Sadashiv Raje
Advertisement

The gallery of photographs is divided into four sections — The Community and their Livelihood, The Coastal Ecosystem, Alterations of the Edges and Mapping the Histories. It could be an eye-opener for many because we catch a rare glimpse of the coastline with its creeks, waterways, mangrove forests and the Koli settlements, known as Koliwadis, 39 of which have survived. Koli history is traced from 11th century onwards through graphics that could have been better designed. The Kolis, who lived on the banks of the Son and Vaitarna river were originally believed to be Buddhists. To protect themselves from foreign invaders they sought refuge in the islands of Mumbai — dotted with mangroves and marshes — that were inaccessible. Fishing thus became their livelihood. Portuguese invaders built the first churches in the 16th century, and some Kolis were converted. In the 18th century, the British began the process of reclamation. The housing crisis has forced migrants to appropriate Koliwadis because they are cheaper. The Kolis themselves feel lost in this situation.

The photographs, some dating back to the 1950s, along with the accompanying text illustrate how the Kolis have been marginalized owing to environmental and economic reasons and how they are on the verge of losing their livelihood because it has become increasingly difficult to make a living by fishing. Some of the best shots are those of fish drying on scaffolding and of the bustling Koliwadis, faded though many of them are. The contributors, Prithviraj Chandi, Sadashiv Raje, Bhagwan Bhanji, Wilson Koli and Denis Patil, were drawn from the Koli community.