Decoding art in the present world at Vasudhaiva Kutumbakam 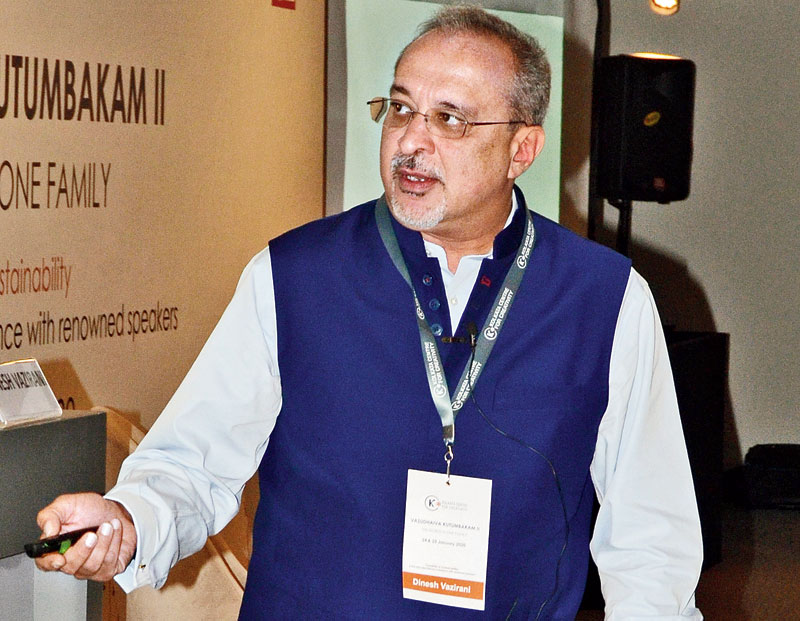 The second edition of Vasudhaiva Kutumbakam, in association with The Telegraph that was held at and hosted by the Kolkata Centre for Creativity recently brought up a confluence of diverse and divergent perspectives from experts of different disciplines on nurturing art and culture with ‘action, advocacy and engagement’ for socio-economic development while also addressing global challenges like pollution, hunger, poverty, with the larger goal of sustainability in creativity. The two-day symposium saw a host of engaging sessions on pertinent issues of art and culture like the art of collecting as practice, supporting art production in India, ecological urgencies and more. The Telegraph took notes: 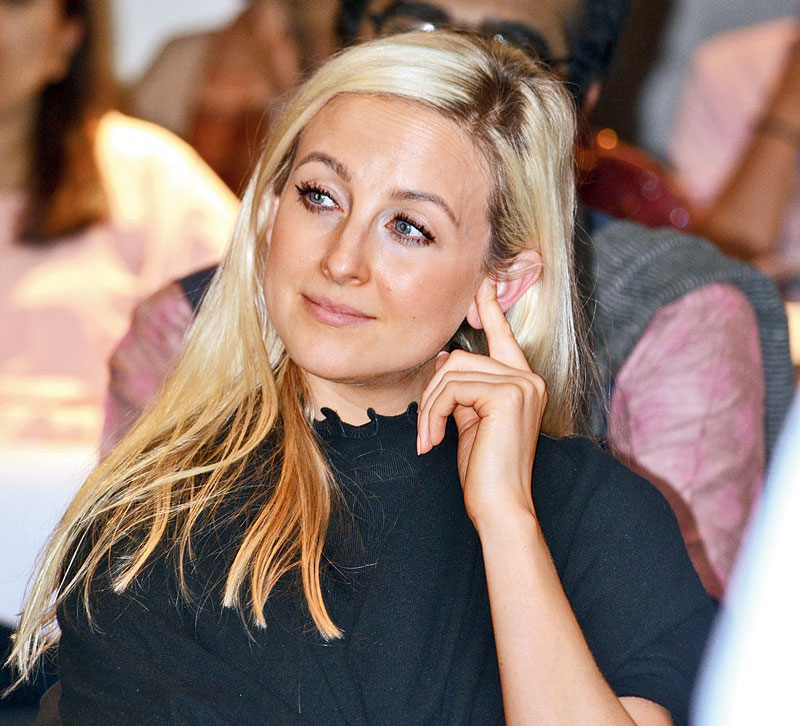 Ellie Harrison-Reid talked about the difference between primary and secondary markets, describing the primary market as the sustainable market and the secondary market as markets focused on creating the “biggest price points”.
Shuvo Roychaudhury and Rajkumar Mondal

The fascinating session explored the state of the art world today, questioning the relevance of the distinction between fine art and applied art in the Indian context while also delving into the state and direction of Indian art, the concept of cultural value, creativity and knowledge about art and more.

Dinesh Vazirani began by posing the question of how do we look at art, talking about placing value based on authenticity by balancing intuition and knowledge about the artwork. Factors like the “condition, the size of work, medium, surface, museum collections, and previous record prices”, rarity, significance and the aesthetics of the art are integral to valuing art, according to the keynote speaker.

He took us through a brief history of Indian art, mentioning the 5,000-year-old antiquities, the history of miniatures, sculptures and paintings to the foundation of modern art through Raja Ravi Varma who recast the realism of European paintings into figures of Indian mythology, kings and princes, thus bringing calendar art to India. He underpinned the importance of Bengal as the hub of modern Indian art with romance and sensuality brought into Indian art by the likes of Abanindranath Tagore and Dinendranath Tagore, and then moved on to talking about Jamini Roy, who brought in simplicity in Indian art through motifs of Indian folk art, “taking art to the mainstream”, and finally the formation of the Progressive Artists’ Group in 1947. He cited F.N. Souza, M.F. Husain, S.H Raza, Tyeb Mehta who revisited and grappled with the identity of Indian art. For art enthusiasts and even in general, Vazirani provided a checklist of what points to look for in art, mentioning form, colour, texture, mood and concept, wherein contemporary art was more concept-oriented.

He moved on to the notion of the art market and the role of the artists, buyers and artists working with galleries with the goal of sustainability. He also cited the 3 ‘D’s of why people give to auction houses — death, divorce and distress — and the fourth ‘D’ of desire to buy those paintings. Stating the importance of the contemporary art market that “has shrunk, at $5-10 million of the global market share of $100million”, he said, “Contemporary art is the future of Indian art as all art was once contemporary.” He talked about supply and demand as twin radars of the art market. Here, museums serve as “vacuum cleaners” that take away supply, thus museums and art collections are “the bedrocks of where the market is going”, he inferred. He also highlighted the role of government in fostering art through policy regulations.

Elle Harrison-Reid talked about the difference between primary and secondary markets, describing the primary market as the sustainable market and the secondary market as markets focused on creating the “biggest price points”. She spoke about the need to de-centre the art world by bringing primary and secondary markets closer, increasing accountability in the art world. Shwetal Patel cited the struggle of recognition by the impressionists in the West, reasoning that today, artists have access to much larger markets and are paid at auction houses. Citing the example of Van Gogh and the art for art sake movement, Wal Balston stressed on the need to dynamically change the dynamics between producing art and the demand for art by the buyers.

Bose Krishnamachari emphasised on the primacy of the educational link and the role of media in the ecosystem of art and culture and the need to improve the infrastructure of Indian art markets and art patronage. “It is important to take the conversation from local, national to international levels through role of the media,” he said. The session ended with Reena Dewan bringing up the role of non-profit spaces. She also touched upon the idea of categories and the conception of art as fine art with a call for promoting indigenous art and folk art to bring art to the masses. 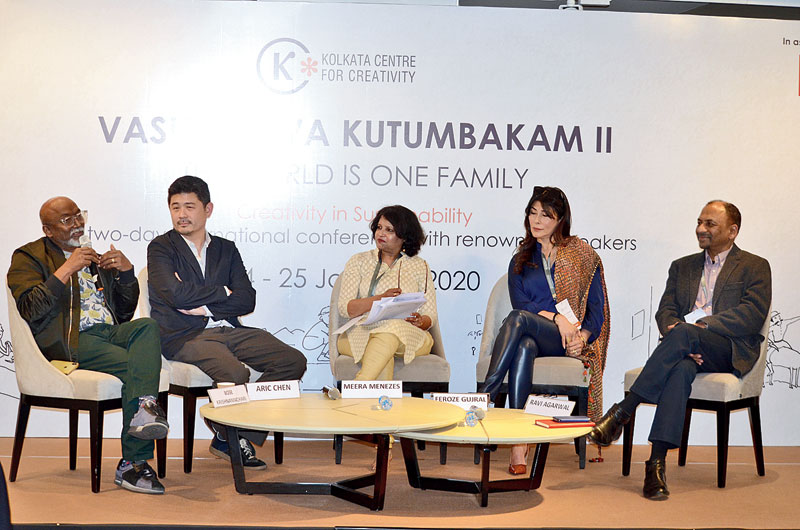 The freewheeling session addressed the question of the nature of visual art in the last few decades, its amorphous form and the complexities of its evolution in Asia. Meera Menezes posed the question of how the notion of visual art has changed in China and Southeast Asia in terms of production and genre. Aric Chen responded by talking about the inseparability of the economic value from the cultural value of art. He took us through the trajectory of the state of art in China briefly, right from the 1980s, that were touted to be the golden age of artistic activity to the current phase of decreasing vitality of contemporary art in China.

Talking about how the notion of visual art has broadened in the last five decades, Ravi Agarwal raised the question of who is the artist (including his/her political dimensions), and how looking at the discourse of art by the curator and the artist inverts art itself. He also talked about the critical gaps in visual art brought in by largely market-driven galleries that create an imbalance between the number of galleries and artists.

Feroze Gujral underscored the importance of commercial funding for all forms of art, be it sculpture, metal, architecture and more. She also highlighted the role of coaching and installations to promote artists by providing impetus in the form of things like initial funding, space for installations and conversations to help pull up the platform of visual arts.

Starting off with a brief insight into his association with photography, Agarwal also talked about the interdependence of art and the market.

Redirecting the conversation to visual art in India, Rashmi Sawhney talked about the distinct cultural landscape of India that manifests visual art on a large scale through large festivals like Ganesh Chaturthi, Kali or Durga Puja. Krishnamachari joined in to bring up the context of Kochi-Muziris Biennale in terms of the larger goal of creating awareness amongst the local public, location and models of biennales. He further emphasised on the need to look at the history and multiculturalism of the spaces for the biennales to heighten the presence of India in the global art conversation.

The pulse of the session was felt in discussing the role of art in the context of the “anthropo-scene” and in the question of sustainability, propped up by Agarwal. He traced the relevance of art in its discursive ability to change perceptions, and not as a zeitgeist. He highlighted the need to “de-centre” the human in the anthropo-scene, putting up a case for the political right for every species. 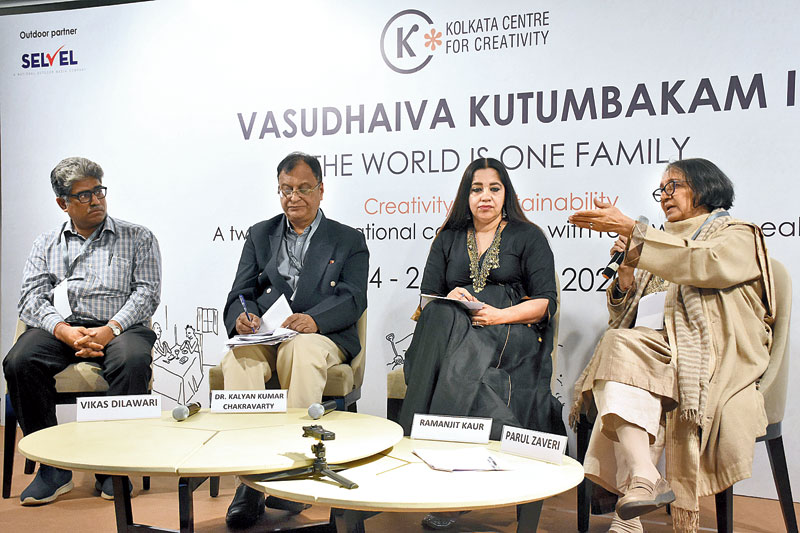 This session was centred around the need to preserve the identities of local communities through the revision of the design of art and architecture in Asia at large. Parul Zaveri began the session with the notion of the market and the crisis created by the need to follow trends. Ramanjit Kaur incorporated the concept of ideal performance spaces drawn by looking at the tradition of Natyashastra, the idea of performing as a community in Jatra, Swang ( folk dance from Rajasthan) and Kudiyattam, while also citing contemporary performance spaces like Prithvi Theatre and the amphitheatre at Rock Garden in Chandigarh.

Vikas Dilawari veered the discussion towards the need for the conservation of housing structures, citing the example of normal residential buildings that have housed associations of people for the last 60-70 years, but have been left to decay due to the government policies, stressing on creating “not just infrastructure, but an environment that is sustainable”. Taking a cue from Dilawari’s central point, Tara Douglas shared her experience of going back to the village environment to engage with the culture of protecting natural resources, buildings and architecture. 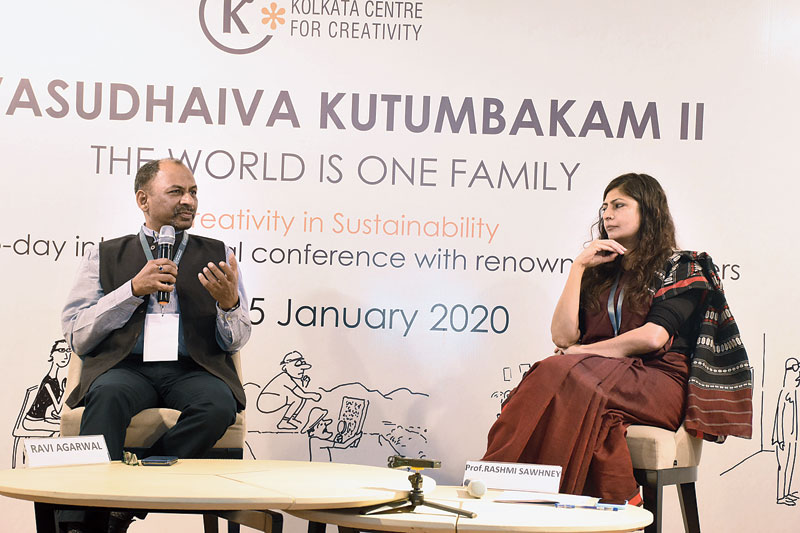 Ravi Agarwal and Rashmi Sawhney in a moment from their talk on Art, Culture & Activism in India
Shuvo Roychaudhury and Rajkumar Mondal

In a session hinged on interdisciplinary approaches to the ecological crises, and to look at the future by factoring in the natural world, Ravi Agarwal started by suggesting that the crises are “part of who we are and not something that is out there”. He further postulated that the solutions require a revision of the concept of nature in service to mankind that was prevalent in the 18th and 19th centuries.

Parul Zaveri stressed on the importance of reviving art, local materials, and inching towards a sustainable food culture through having seasonal foods that would transform food habits across the continent. Connecting the context of the forest fires in Australia and the floods in Kerala where nature is charting its course, the question of how to go about our contribution through architecture, food, art was posed.

Tara Douglas discussed artistic activities, talking about animation and her projects with the tribal communities so as to connect with them and participate in their cultures. Downscaling commercialisation, decolonising the mind to protect the natural world, working with local people, appreciating and promoting the value of culture were some of the suggestions.

The audience pitched in with their perspectives and raised questions such as how to deal with the idea of aspirational living. The idea that art has to go forward from being a representative image to being a discourse about the same moved to the question of praxis, of artists having to move beyond the gallery, think differently and think about how to think differently about art.

Kalyan Chakravarty talked about the steady destruction of forests in the past two years, which should be made into the subject of art, while also talking about the 29 ethical principles of the Bishnoi community, heralding ethical art practices and thereby making a case for “re-tribalising” ourselves, by aligning technology with ecology.

Shwetal Patel touched upon the positive role of the art world, reasoning that we are living in a more balanced world with fewer wars and famine. He foregrounded the responsibility of artists and fashion designers to change tastes and attitudes of people, by citing the example of flight-shaming in Denmark, that underpinned the role that the creative world has to play.