Alone but together — a feeling captured on Begum’s new single and video, Maybe Baby

The trio sat down with The Telegraph for a quick chat 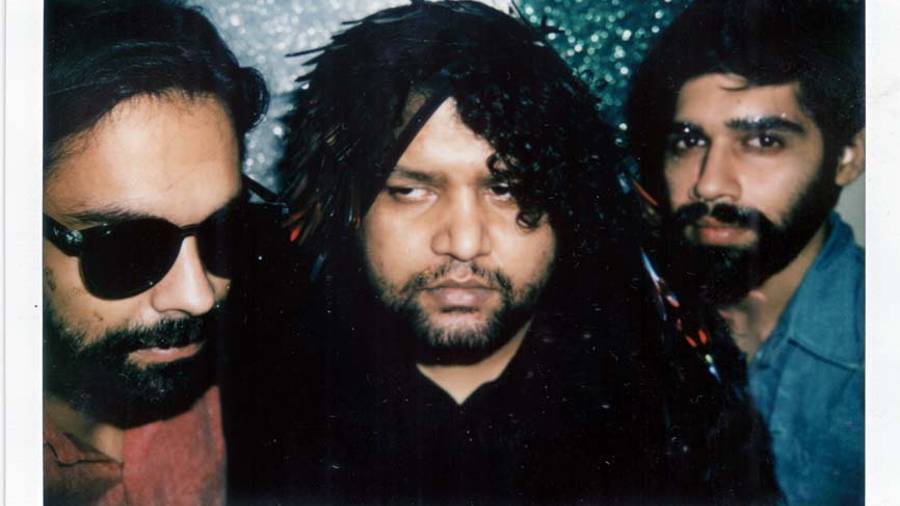 With two singles already out from their third album Are You Ok?, Goa- and Delhi-based trio, Begum, have released the music video to their fourth track, titled Maybe Baby. The two-minute song takes you on an emotional journey set to a distorted sound. Kartik Pillai, Karan Singh, and Dhruv Bhola also plan to release another single from the album in February which will lead up to the album launch in March. The trio sat down with t2 for a quick chat.

Maybe Baby sounds like it comes from a place of loneliness. It’s a thought a lot of us have when things aren’t right and you tend to overthink. Kartik, were you in a similar situation?

All of us go through this. And people have good and bad times. So at times you sing about the good times and also about the bad, right?

And it crosses geographic boundaries as the entire world is going an uncertain period….

Kartik: I think it kind of does. Everyone is in this situation and it’s harder to do normal stuff.

The sound behind the song is simple but eventually there is something that plays in the back, like a crash or thunder. How did the three of you put it together?

Dhruv: We tried to make something you can’t describe.

Karan: I think all of us individually spent some time with the song. Kartik had the crux of the song with the vocals and guitars. And I remember just standing there and playing the drums. When I sit and play the drums there are different kinds of ideas flowing out but when I stand and play, it’s different. So I played something completely unorthodox and then I decided to sit and add some effects on it to make it a little distorted and unrecognisable but it still has a pulse going on.

Kartik: Initially I was just singing over the chords and then the three of us sat down with it.

Dhruv: This was the first and only take that Karan did.

Karan: I just played for 15-20 minutes and then I just distorted all the errors (laughs).

Tell us about the video….

Kartik: It is about what we all have to go through, chasing success and reaching somewhere. There are these rules that people live by… which are created by us and for us. At the same time, we are limited by so many things. There’s always a higher summit.

With the songs releasing one after the other, are you following a journey with each track?

Kartik: I think people should make their own assumptions about it. There was a teaser track at the start...  it had a slight narrative but after that we’re just letting people interpret it.

Karan: I think what Kartik went for was sonically… that’s how we created the track listing.

Dhruv: Yeah, on the album it’s not in this order… the songs. So when it’s on the album, it’s how we intend listeners to listen to the album. But as singles, we picked four songs which we thought we would make videos for and released them… that’s not how the album is in terms of the songs.

This project took five years. Do you think the outcome is exactly what you want it to be?

Karan: Technically we were working on these songs for five years.

Kartik: But we were busy with other s**t. I think we actively started recording in 2020, at the start of the pandemic.

Karan: I am happy that we could make four music videos because with our last album we only had one music video.