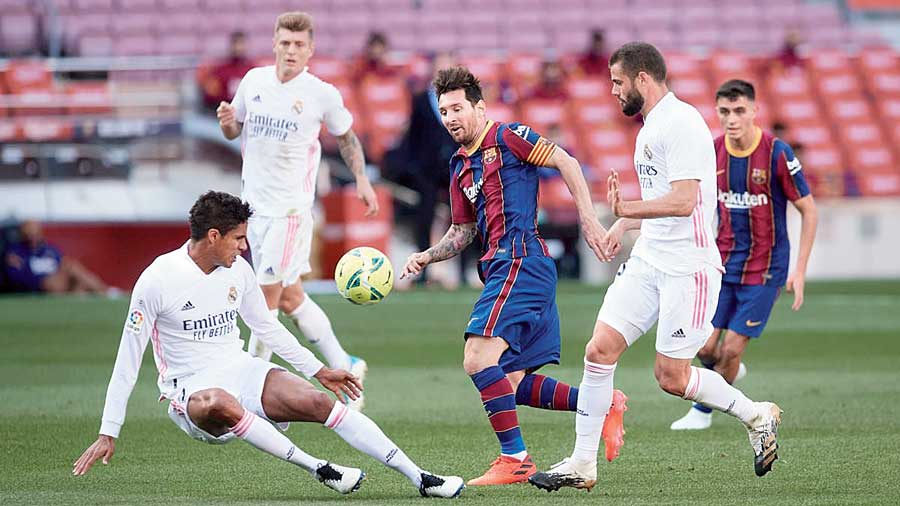 After the action and excitement of UEFA Euro 2020, Indian football fans can look forward to the Spanish  league that will kick off next month.

Viacom18 Media, a joint venture of Mukesh Ambani-controlled Network18 and ViacomCBS, on Monday announced that it has signed a three-year broadcasting deal with LaLiga to bring the Spanish football league exclusively to the Indian sub-continent.

Enabled and supported by Rise Worldwide — the sports and lifestyle arm of Reliance Industries Ltd (RIL) — LaLiga will air exclusively on MTV in India along with select national and regional network channels and be live-streamed on Voot and Jio platforms. Network18 holds 51 per cent in Viacom18 Media with the rest being held by ViacomCBS.

A press statement from Viacom18 said that while LaLiga will start on August 13, the network will put its might behind extending the reach and resonance for the league among Indian viewers.

“Viacom18 will connect with football fans through a massive marketing and communications campaign, further building the fandom and outreach for LaLiga in India.”

“MTV’s extensive social media and digital clout will ensure that LaLiga engages fans through a multi-platform approach, potentially making football a part of dinner-table conversations across Indian homes and further widen MTV and Viacom18’s offering to its viewers,’’ the press statement added.

MTV, the youth entertainment brand, has earlier pioneered shows such as Roadies, Hustle and Splitsvilla. This will be the first time it will telecast a well-known football league.

According to Viacom18 Media, popularity of football in India has consistently increased over the past decade, particularly among the youth. In its 91st season, the Spanish football league is one of the most followed championships across the world and is home to Europe’s finest talent and football clubs, including Atlético Madrid, Real Madrid and  FC Barcelona.

"We at MTV have always known that football enjoys a groundswell of support amongst young-at-heart Indians. The LaLiga in particular, is a cultural phenomenon all over the World. When the folks from RISE Worldwide introduced us to LaLiga team, we realized that this was a partnership waiting to happen – the vision was common, the vibes were good, and we quickly put pen to paper’’, Anshul Ailawadi, Business Head – Youth, Music and English Entertainment said.