Mining mogul Anil Agarwal-led company to not be weighed down by the group’s planned Rs 1.54 lakh crore foray into semiconductor manufacturing 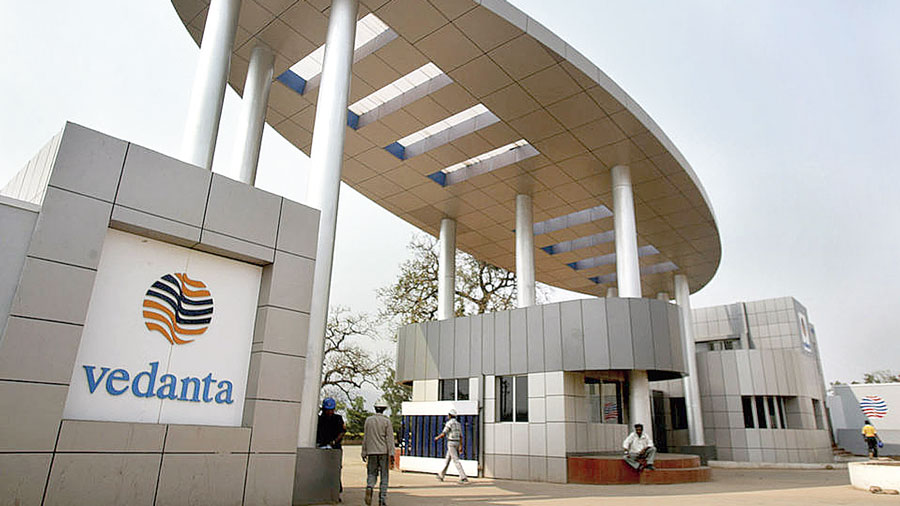 Vedanta and its partner Taiwanese electronics manufacturing giant Foxconn last week signed a pact with the Gujarat government for setting up a semiconductor factory in Gujarat.
File picture
Our Special Correspondent   |   New Delhi   |   Published 20.09.22, 01:43 AM

“The company has reiterated that the $20 billion related investment will be carried out outside of Vedanta Resources. The business will be undertaken in a separate entity under Vedanta Resources’ holding company Volcan Investments Ltd,” it said.

Vedanta and its partner Taiwanese electronics manufacturing giant Foxconn last week signed a pact with the Gujarat government for setting up a semiconductor factory in Gujarat.

Semiconductor chips, or microchips, are essential pieces of many digital consumer products — from cars to mobile phones and ATM cards.

“We believe Vedanta Resources will prudently manage its investments so that it does not put debt servicing at risk. The group’s investments will also happen over a long period of time. Our rating on Vedanta Resources does not assume any material exposure by the company or its key subsidiary, Vedanta Ltd, to the semiconductor business over the next 12-24 months,” the agency said.

Yes Bank sealed its control over direct-to-home operator Dish TV when chairman Jawahar Lal Goel resigned from the board of the company.

“Goel has tendered his resignation from the company’s board of directors and committee/s thereof with effect from the close of business hours of September 19,” Dish TV said in a regulatory filing.

Yes Bank, which holds a 24.78 per cent of Dish TV, and the promoter family led by Goel were engaged in a legal battle over board berths.

The bank was pushing for reconstitution of the Dish TV board and removal of Goel citing governance issues.

In June, the shareholders of Dish TV had in an extraordinary general meeting rejected the proposal for the re-appointment of Goel as managing director and Anil Kumar Dua as a whole-time director.

Following this, both had to vacate their offices.