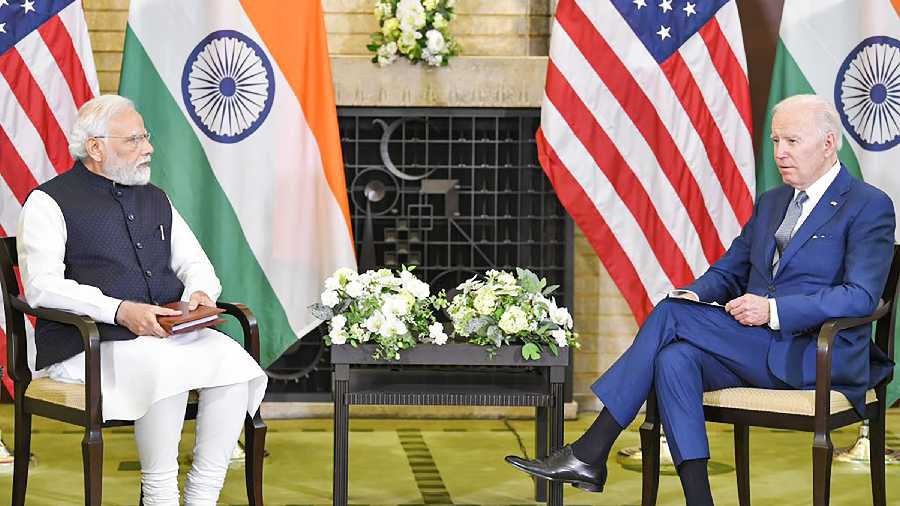 A dozen US lawmakers have written a letter to President Joe Biden, urging him to file a formal request for consultations with India at the World Trade Organization (WTO) over its "dangerous trade-distorting practices" that they claim have impacted US farmers and ranchers.

India's "lack of rule-following" and the Biden administration's "lack of enforcement" have reshaped the global agricultural production and trade channels by driving down prices, depressing production of rice and wheat commodities, and putting American producers at a disproportionate disadvantage, the Congressmen alleged in the letter.

"India's practices are dangerously trade-distorting on a global scale and impact US farmers and ranchers," the letter read. The lead in the letter was taken by Congressmen Tracey Mann and Rick Crawford.

"We urge the administration to file a formal request for consultations with India at the WTO and to continue monitoring other WTO members' domestic support programmes that undermine fair trade practices," they said.

The US must not yield for the sake of reaching a consensus. Instead, America must work to promote solutions that will alleviate the global supply chain and food shortages. It must take actions that will address those consumers most impacted by inflation and rising food prices, the lawmakers demanded.

"It is up to American agriculture to contribute to building resilient conditions for food security for the US and throughout the world," they said.

India has defended its stand at the WTO. Several countries and organisations across the world have applauded India for taking a firm stand in protecting the interests of its farmers.