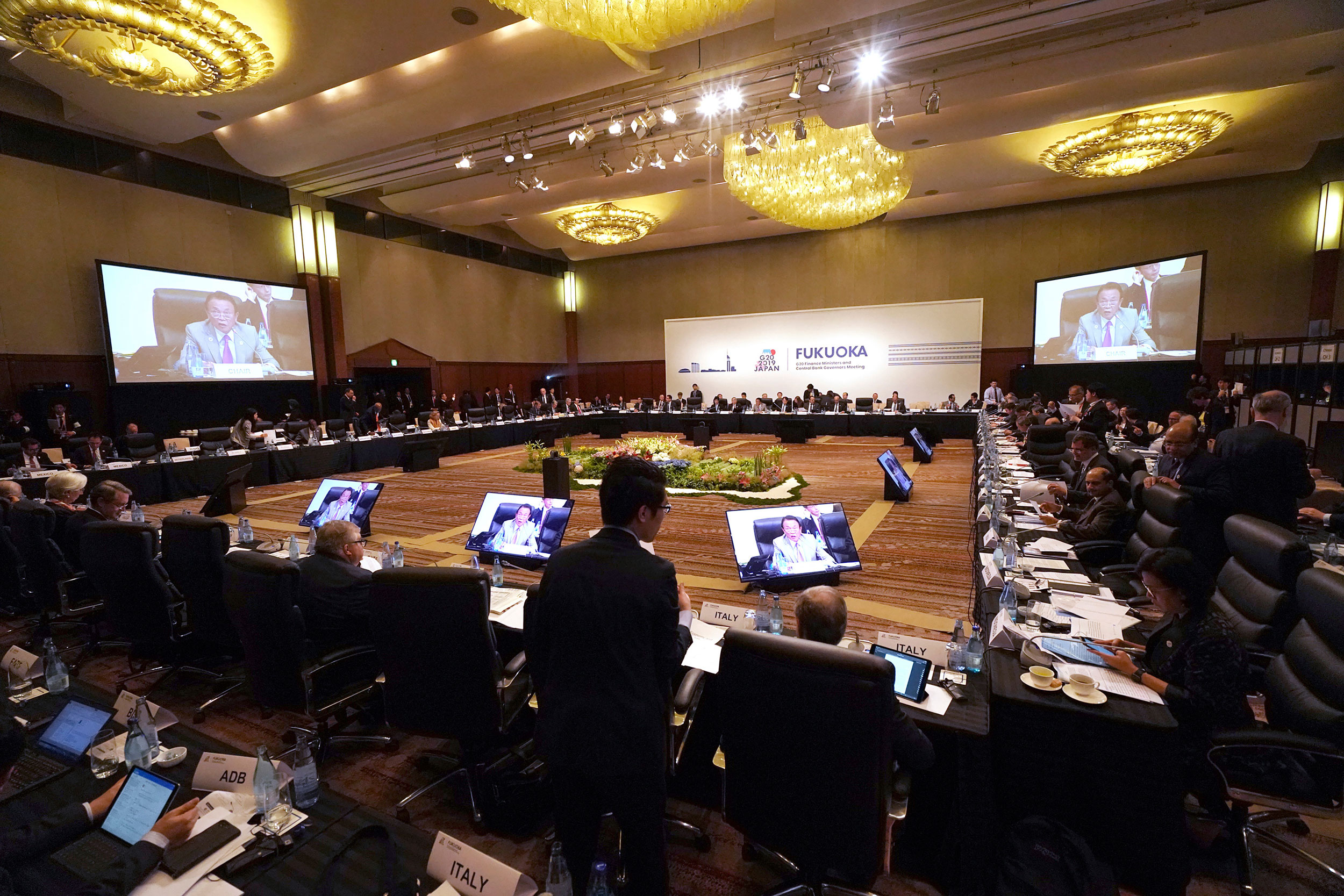 Global trade tensions threaten an expected pick-up in economic growth this year and in 2020, a draft communique by the world’s financial leaders showed on Saturday, but the policymakers were divided on whether the need to resolve them was “pressing”.

Finance ministers and central bank governors of the world’s 20 biggest economies, the G20, are meeting in the southern Japanese city of Fukuoka to discuss the global economy amid rising trade tensions between China and US.

“Global growth appears to be stabilising and is projected to pick up moderately later this year and into 2020,” the draft communique said.

“However, risks remain tilted to the downside. These include, in particular, intensified trade and geo-political tensions,” said the draft communique.

The draft statement, to which all the G20 financial leaders have to agree, contains a sentence in square brackets — which means it was not yet agreed — that trade and investment were important engines of growth. “We reaffirm our leaders’ conclusions on trade from the Buenos Aires Summit and recognise the pressing need to resolve trade tensions,” it said.