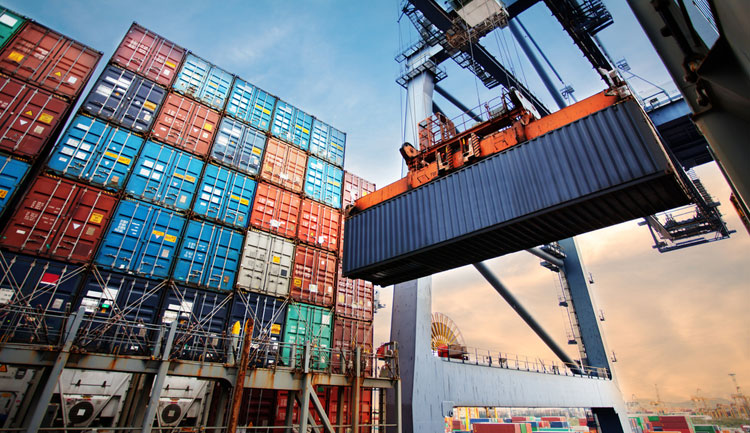 The country’s trade deficit narrowed to $9.6 billion in February, a 17-month low, dragged down by a fall in gold and oil imports.

Exports grew 2.44 per cent year-on-year to $26.67 billion and imports declined 5.4 per cent to $36.26 billion last month, according to latest trade data of the commerce ministry.

Gold imports fell sharply by about 11 per cent to $2.58 billion in February against $2.89 billion in the corresponding month last fiscal. Oil imports in February were 8.05 per cent lower at $9.38 billion.

“Almost all labour-intensive sectors during the month have moved into the negative territory, such as gems & jewellery, leather & leather products, plantation, handicrafts, carpets, jute manufacturing including floor covering and marine products, besides petroleum, which also showed negative growth, further pulling down the overall exports for the month,” Gupta said.

Non-petroleum and non gems and jewellery exports in February grew 5.14 per cent to $19.87 billion.

Gupta said the recently revoked GSP (generalised system of preferences) benefits by the US on Indian products will add to the woes of exporters. He demanded immediate support on issues such as augmenting the flow of credit, higher tax deduction for R&D and exemption from the GST.

The exporters also sought interest equalisation support to farm exports, benefits on sales to foreign tourists and exemption from IGST under the advance authorisation scheme, with retrospective effect.