Tea Board proposes to replace old Act for benefit of industry 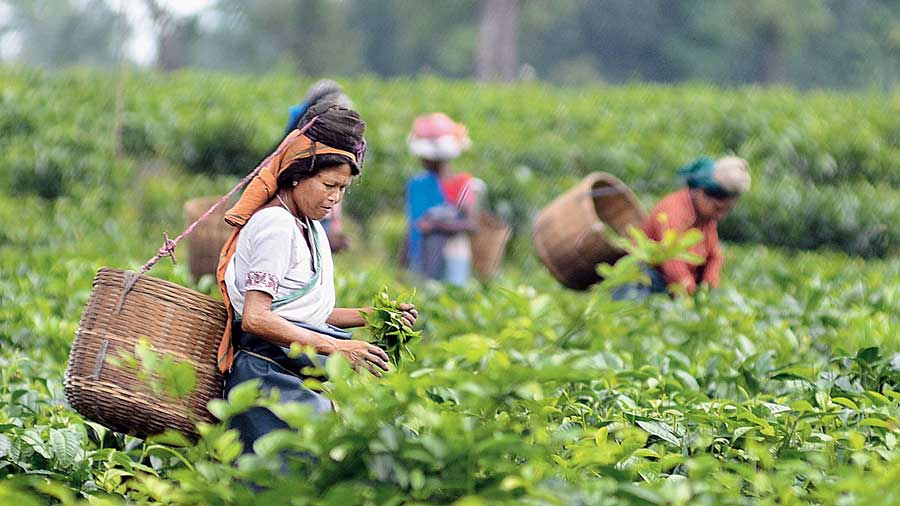 Indian tea growers is watching how a proposed legislation replacing the Tea Act of 1953 will protect them from imports, especially the cheap and poor varieties that have been the bane of the domestic planters for years.

The Tea Board is armed with four orders, flowing from the present Act, to exercise control over the industry.

With the stated objective of the new act to become a  facilitator from a controller, it is unlikely these ‘‘control orders’’ will reappear in the new regime in the present shape and form. The Centre is seeking public comments on the proposed act.

At the insistence of the Darjeeling planters, the board in the last three months has repeatedly used one of the orders — Tea (Distribution and Export) Control Order, 2005 — to check the quality of imports from  Nepal.

The Tea Board uses this legislation to exercise control over export, import and the distribution of imported teas.

The board on November 11 used a provision of the order to direct ‘‘the labels should clearly indicate on the packaging that the contents of the blended tea are imported, giving the the source of the origin of the imported tea irrespective of whether the imported tea has been bought directly by the seller or through an intermediary’’.

Again on December 22, the board used the order to ensure exporters clearly mention the origin of tea on their packages and invoices. The board had made it mandatory for importers to inform it where they stored their teas within 24 hours of such import.

Tea imports for three years up to March 31, 2020 stood at 60.35 million kg — of which  23.43 million kg were re-exported and 36.92 million kg distributed within the country.  The imports depressed prices, financially straining the large planters.

Planters, especially from Darjeeling, now worry if the new act will have similar safeguards.

Sanjay Choudhury, owner of Ringtong garden, who had filed a case in Calcutta High Court seeking to protect the interest of Darjeeling tea against the influx from Nepal tea, warns the omission of control could cause ‘‘irreparable loss’’ to the already struggling industry.

“The influx of teas from outside India, which do not comply with Indian food safety standards and distribution and selling the same as Indian / Darjeeling tea is a matter of great concern. The Tea (Distribution and Export) Control Order which seeks to restrict the distribution of substandard and adulterated teas originating outside India is sought to be dispensed with, which will further cause irreparable loss to the Indian tea industry,” Choudhury said.

Industry sources suggest the board's actions in recent months to curb the import of cheap and substandard teas, especially from Nepal, has helped the Darjeeling growers to realise better prices.

A section of growers had alleged some of the large packeters are blending Nepal tea, without disclosure, instead of Darjeeling to save costs.

Noted retailer Madhav Sarda, who owns the well known Golden Tip retail chain, pointed out imports from Nepal escalated from 2017 onwards when the hills lost out on the production of the premium first and second flush tea because of political agitation. “There was a vacuum in the local as well in the international market and Nepal filled that gap up.”

Because of the close geographical proximity, topography and climate, Nepal produces tea that has a close resemblance to Darjeeling.

However, no matter how similar they are, Nepal tea cannot legally be passed off as Darjeeling which is protected by GI  tag.

The emphasis of the new rules on facilitation means such control orders are unlikely to be there in the final legislation. Industry will now plead with the Centre that the essence of the control orders and their powers be retained in some form or manner.

Tea Promotion and Development Act, 2022 likely to replace Tea Act of 1953. Tea Board to become facilitator from controller

Darjeeling planters allege large packeters are blending Nepal tea without disclosure instead of Darjeeling to save costs. Some retailers doing the same