Koushik Chatterjee, executive director and chief financial officer, says the company's European business will sustain profitability in the near term 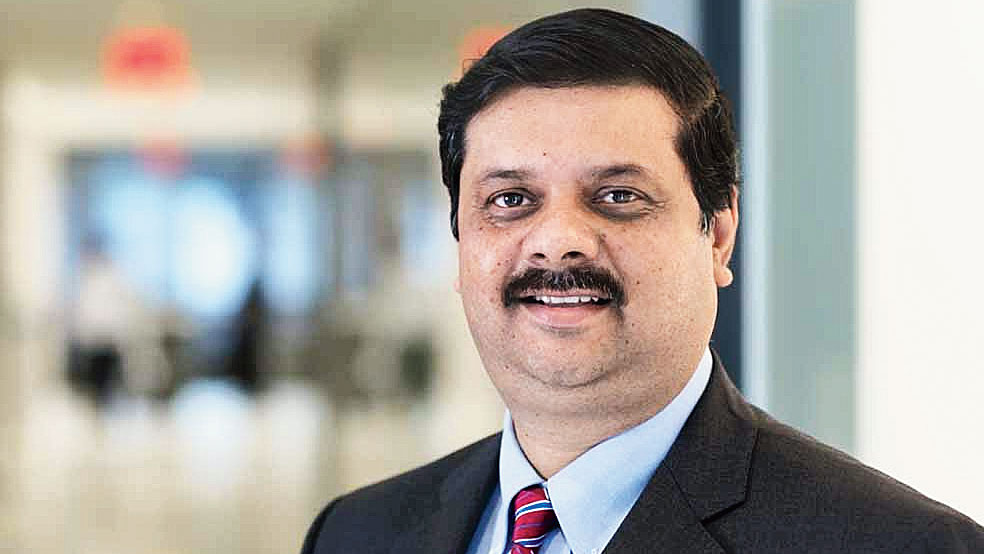 After a decade of under performance, the European business of Tata Steel finally came good this quarter. Koushik Chatterjee, executive director and chief financial officer Tata Steel, says Europe would sustain profitability in the near term as well. In a conversation with The Telegraph, Chatterjee shares his thoughts about reaching investment grade ratings, further deleverage, expansion plans and COP26.

Was Tata Steel Group’s net debt reduction as per market expectation. What will be your guidance for the second half?

During the first half of the year we have prepaid about Rs 11,400 crore of principal debt which is beyond the initial guidance and from the market point of view it is well appreciated.

Our balance sheet metrics are now in investment grade rating with net debt to equity around 0.7 and net debt to EBIDTA close to 1. This is a very significant structural achievement and we will continue to further deleverage the balance sheet to make it very strong on an all-weather basis. Based on the achievements so far, Standard & Poors have upgraded Tata Steel two notches recently to investment grade levels of BBB-. This is testimony of the strength of the underlying business. We will continue to aggressively reduce our debt in the second half also.

The company spent Rs 4,202 crore on capex to expand capacities at Kalinganagar. What is estimated to be the capex in the second half?

The number you are mentioning is the consolidated capex for the company in the first half not just Kalinganagar. We have guided that we should be spending around Rs 10,000 – Rs 12,000 crore on a consolidated basis for the full year and that doesn’t change. In Kalinganagar we have so far spent around Rs 7,000 crores and we have started on the entire expansion project with specific accelerated completion of the cold rolling mill and the pellet plant in the next calendar year.

Could you give us the latest timeline on completion of the expansion? When is the increased capacity likely to hit the market?

The cold rolling mill and the pellet plant are on a accelerated path and both are margin expansionary projects. These will be completed next year and will enhance the profitability.

The balance project with the entire volume expansion will be progressively commissioned in 2024.

What is the roadmap for Tata Steel’s domestic business after the ongoing expansion of Kalinganagar?

We have a very strong pipeline of technology-led organic growth across sites and businesses including in downstream value added products and services. Within our capital allocation framework we will continue to deploy capital and grow the India business significantly in the next decade. This is the base plan. We will carefully and prudently look at inorganic growth when the opportunity comes.

The European operation of Tata Steel turned in a solid performance in the second quarter. Do you think it is sustainable for the next quarters?

Yes, the European business reported one of its best quarters with 16 per cent EBIDTA margin. The raw material to steel prices spreads have expanded and is likely to remain robust in the next couple of quarters. So we expect European business to continue to sustain its profitability in the near term.

What is your take on the recent COP26 and what will be the financial impact of the resolutions on Cop-26 on making steel in Europe?

From the Glasgow Climate Draft that came in Saturday at the COP26 plenary, there are a few positives like the common alignment of all countries to stick to the 1.5 degrees scenario even though it will need a lot of effort globally to maintain that scenario as the world has already crossed more than 1 degree temperature rise.

Climate does not care for country boundaries and therefore there needs to be an urgency for transition. To do that effectively, there should be a very significant multi year capital flow from global north to global south to fund the transition because there is carbon debt that developed countries owe to developing countries who have to also address economic inequality as a result of the transition.

For us in Europe, Tata Steel Netherlands has already announced its intention to explore the hydrogen based process technology in the long term.

We have started work on this front and are also in discussion with the government there. For such a transition it has to be a shared funding among the company, customers and the government. This is currently work in progress.