Tariff raised by 37% for Reliance pipeline 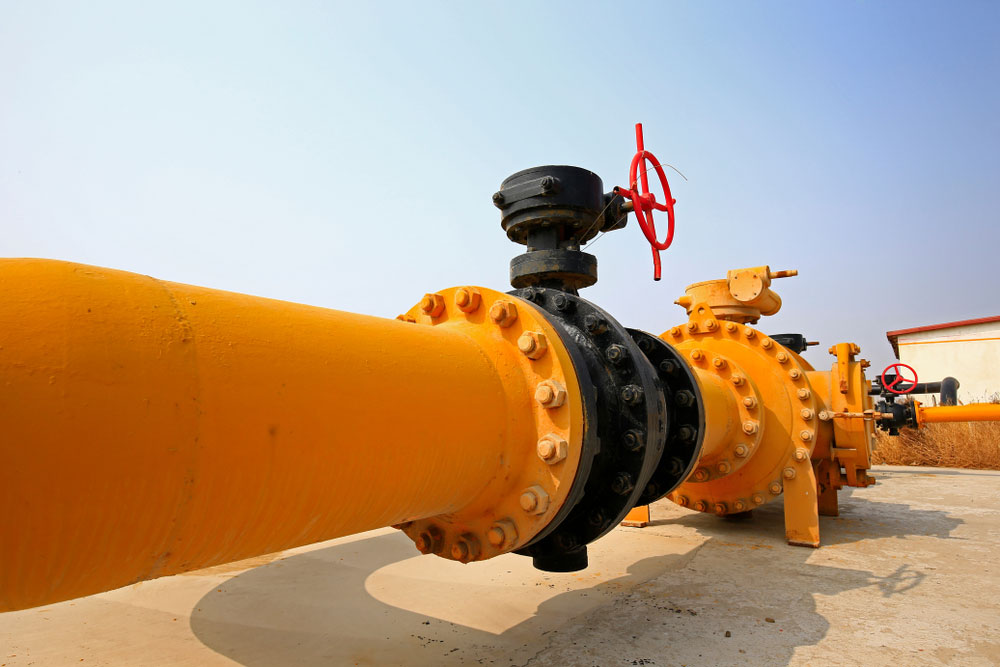 Oil regulator PNGRB has approved a 37 per cent rise in tariff from April 1 for the pipeline that transports Reliance Industries’ eastern offshore KG-D6 gas to customers.

“Transporting natural gas on the East West pipeline would cost Rs 71.66 per million British thermal unit (mBtu) on gross calorific value (GCV) basis from April 1 as compared to Rs 52.33 per mBtu tariff charged for April 1, 2009, to March 31, 2019, period,” the Petroleum and Natural Gas Regulatory Board said in its order.

The tariff approved is almost half of the tariff sought by East West Pipeline. It had sought the tariff to be raised to Rs 151.84 per mBtu with effect from April 1, 2018.

“The hike in tariff would send a positive signal to the investors. Though transportation cost is very small in the gas business, the upward revision would send the right signals to attract investments, as the country aims to increase gas consumption,” said K. Ravichandran, senior vice-president & group head, corporate ratings, Icra.

The oil ministry has estimated domestic gas production to go up to 71.9 million metric standard cubic metres (mmscm) by 2021-22 because of various policy measures to attract investment in the country’s sedimentary basins. There has been an increased emphasis on pipeline laying and shift to a gas-based economy, with bidding for piped natural gas and CNG stations.

With the completion of the 10th bidding round, city gas would be available in 228 GAs (geographical areas) comprising 402 districts spread over 27 states and Union territories, covering around 70 per cent of the country’s population and 53 per cent of its area.

A rise in tariff would lead to a rise in the price of fertiliser as well as city gas that uses the gas brought through the Kakinada pipeline in Andhra Pradesh to Bharuch in Gujarat. 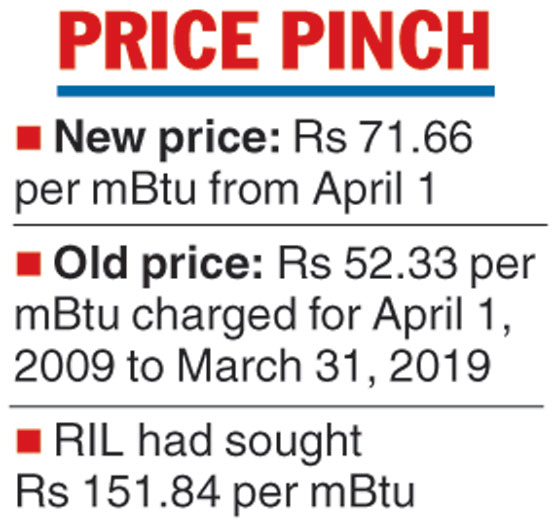 RIL on Wednesday said it has stopped all oil exports to US sanction-hit Venezuela and will not resume sales until sanctions are lifted. Reliance, whose twin refineries at Jamnagar in Gujarat were a major importer of Venezuelan crude, has reduced purchases by about a third.