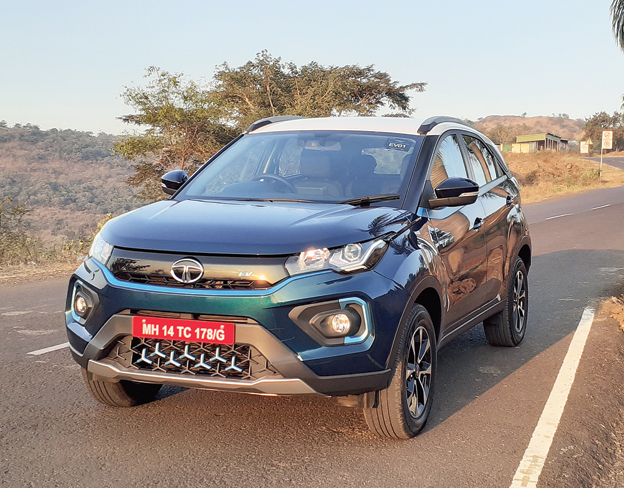 A Tata Nexon electric vehicle (EV), the highest-selling EV in the Indian market, caught fire in the suburbs of Mumbai on Thursday. There have been multiple incidents of electric two-wheelers catching fire — but this is the first time that an electric four-wheeler was up in flames.

Both Tata Motors and the central government are conducting independent enquiries into the incident. The fire incident involving the Nexon EV went viral on social media on Thursday.

Tata Motors put out a statement in response to the incident: “A detailed investigation is currently being conducted to ascertain the facts of the recent isolated thermal incident that is doing the rounds on social media.” “We will share a detailed response after our complete investigation. We remain committed to the safety of our vehicles and their users. This is a first incident after more than 30,000 EVs have cumulatively covered over 100 million km across the country in nearly four years,” the company said.

The company sources lithium-ion batteries for its cars from Tata AutoComp Systems, which has a joint venture with China’s Guoxuan Hi-Tech to produce them locally. An EV start-up founder had suggested that it was the wrong selection of imported battery cells that caused the fire.

“Most of the battery cells manufactured abroad are suited for certain geographic conditions, mainly the climatic conditions of the places they are manufactured in rather than Indian conditions,” said a founder of an EV start-up. Lithium-ion cells are unstable in extreme states, that are fully charged or fully discharged.

“For the most part, most cells operate at 25 degrees centigrade. These are sold in geographies where the temperature is not a constraint. Prices of these cells manufactured in large numbers are obviously cheaper than cells built to operate at 40 degrees centigrade,” he said. “Importers are often lured to buy cheaper substandard cells though they might not be suitable at our temperature.”