According to the circular, lenders had to classify a loan account as stressed if there was even a day of default 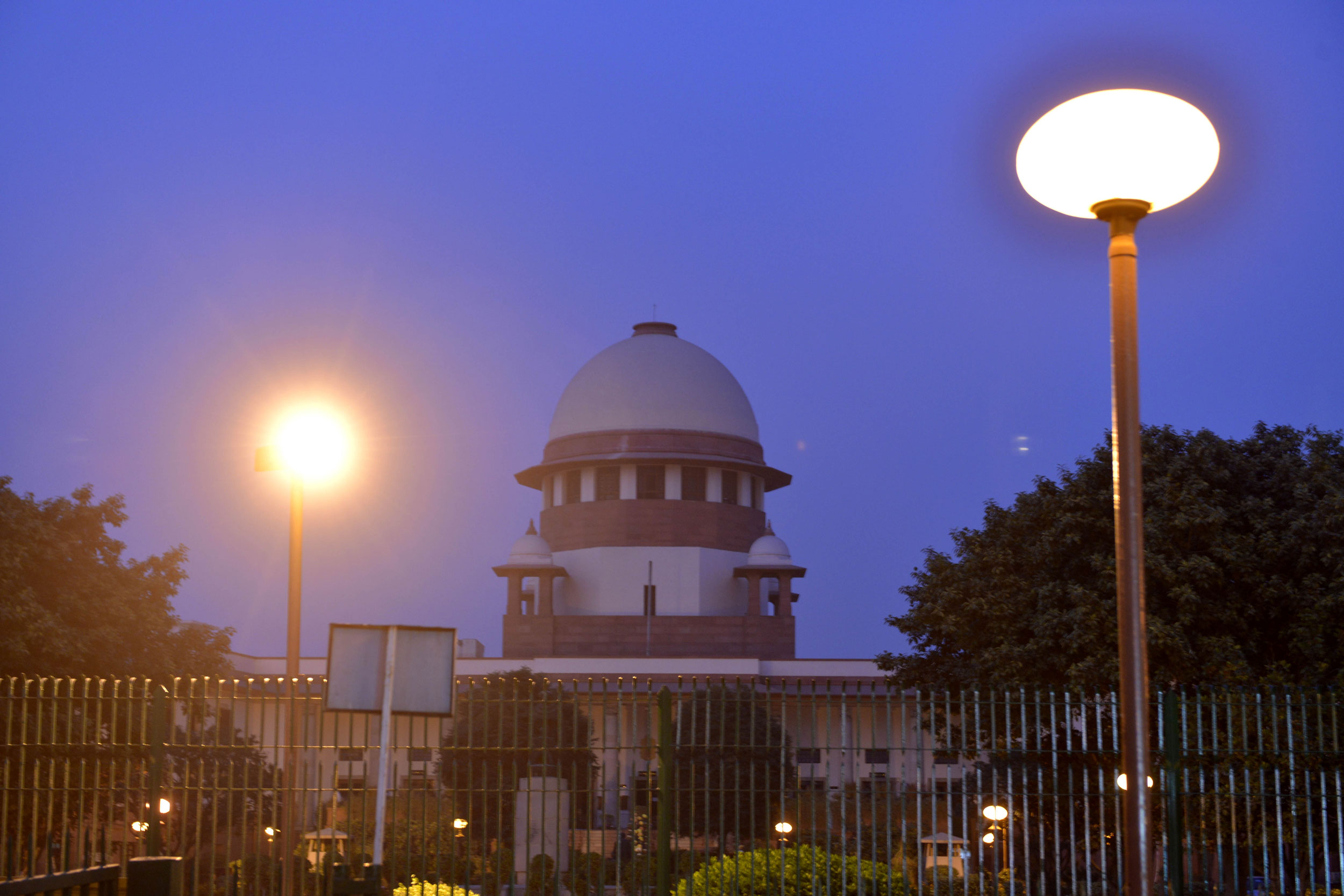 The bench quashed the circular on the technical grounds that the RBI could not have issued the impugned circular without prior authorisation from the central government
Picture: Prem Singh
Our Legal Correspondent   |   New Delhi   |   Published 02.04.19, 07:26 PM 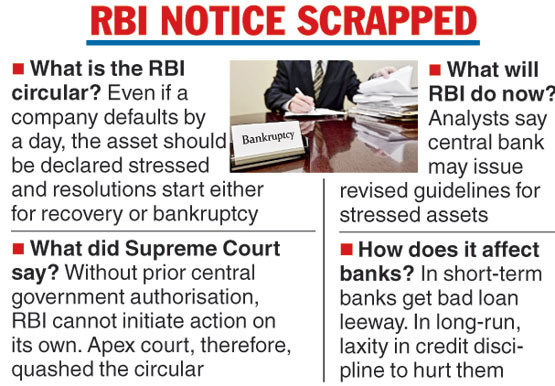 A bench of Justice R. F. Nariman and Justice Vineet Saran on Tuesday quashed the circular on the technical grounds that the RBI could not have issued the impugned circular without prior authorisation from the central government as was mandated under Sections 35AA and 35AB of the Banking Regulation Act, 1949 and other provisions of the law. “Section 35AA makes it clear that the Central Government may, by order, authorise the RBI to issue directions to any banking company or banking companies when it comes to initiating the insolvency resolution process under the provisions of the Insolvency Code.

“The first thing to be noted is that without such authorisation, the RBI would have no such power. There are many sections in the Banking Regulation Act which enumerate the powers of the Central Government vis-à-vis the powers of the RBI.

“…these provisions shows that the Banking Regulation Act specifies that the central Government is either to exercise powers along with the RBI or by itself. The role assigned, therefore, by Section 35AA, when it comes to initiating the insolvency resolution process under the Insolvency Code, is thus, important. Without authorisation of the Central Government, obviously, no such directions can be issued,” Justice Nariman, who authored the judgment, said. (Inputs from PTI)

The Supreme Court on Tuesday quashed a tough 2018 RBI circular that declared assets of companies as stressed even if they miss repayment by a day and set a strict timeline for banks to either find a resolution for bad loans or refer the company to the bankruptcy court.

The verdict gives relief to distressed power companies but could delay bankruptcy proceedings.

According to the circular, lenders had to classify a loan account as stressed if there was even a day of default.

The bankers had to mandatorily refer all accounts with over Rs 2,000 crore loans to the National Company Law Tribunal (NCLT) or the bankruptcy court if they failed to resolve the problem within 180 days of default. The circular also said that if a resolution was not found by August 27, non-performing asset (NPA) accounts should be sent to the bankruptcy courts.

The power sector was the worst hit by the circular and so were companies in the steel, textile, sugar and shipping sectors.

In its 84-page verdict, the court held that the generic circular directing banks to take recourse to Insolvency and Bankruptcy Code (IBC) was beyond the powers of Section 35AA of the Banking Regulation Act. It said reference to IBC can be made only on a case-to-case basis and there cannot be a general direction in this regard.