The change in leadeship comes after Google co-founders stepped down 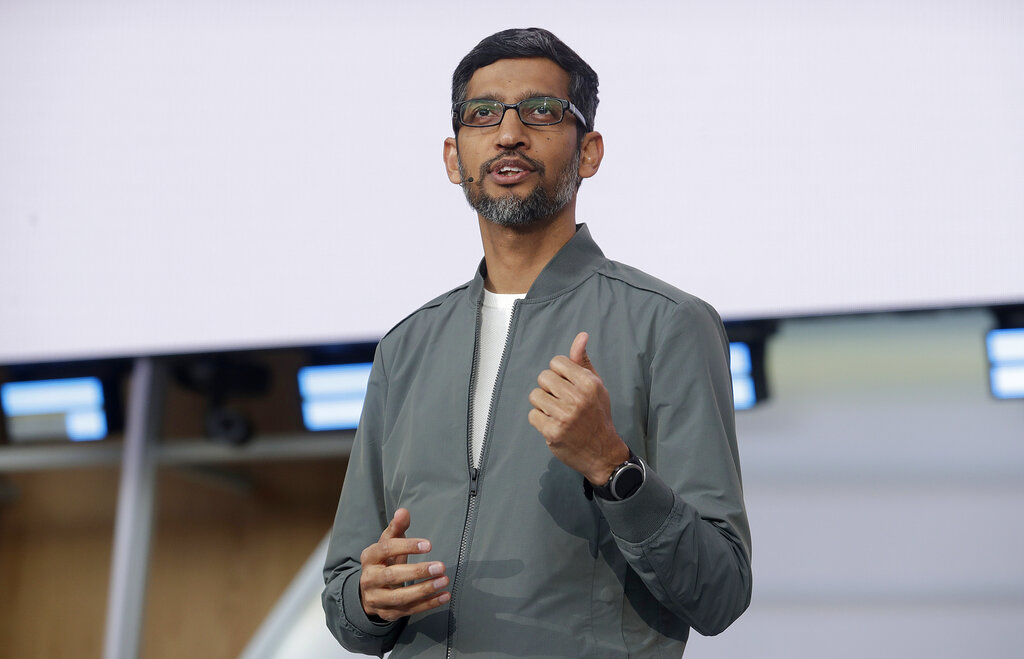 Google's India-born Chief Executive Officer Sundar Pichai will assume the leadership role at its parent firm Alphabet after the internet giant's co-founders Larry Page and Sergey Brin stepped down from its active management, making him one of the most powerful corporate leaders of the world.

Page and Brin are stepping down as CEO and president, respectively, of Alphabet, the company announced on Tuesday.

Pichai, 47, the current CEO of Google and a longtime executive at the company, will take over as the CEO of Alphabet in addition to his current role.

Considered as a significant shakeup in the Silicon Valley company, the shuffle comes at a time when Google is facing mounting scrutiny over its size, data privacy practices and potential impact on society.

With Alphabet now well-established, and Google and 'Other Bets' operating effectively as independent companies, it's the natural time to simplify our management structure, the two Google co-founders wrote in a public letter.

'We've never been ones to hold on to management roles when we think there's a better way to run the company,' they said.

'And Alphabet and Google no longer need two CEOs and a president. Going forward, Sundar will be the CEO of both Google and Alphabet. He will be the executive responsible and accountable for leading Google, and managing Alphabet's investment in our portfolio of Other Bets,' said Page and Brin.

The co- founders will continue to serve on Alphabet's board of directors.

'We are deeply committed to Google and Alphabet for the long term, and will remain actively involved as board members, shareholders and co-founders. In addition, we plan to continue talking with Sundar regularly, especially on topics we're passionate about!' they wrote.

Page and Brin, who founded the internet giant over two decades ago, took lesser roles in day-to-day operations in the company in 2015 when they turned Google into Alphabet.

In his statement, Pichai made it clear that the transition will not affect the Alphabet structure or the work they do day-to-day.

'I will continue to be very focused on Google and the deep work we're doing to push the boundaries of computing and build a more helpful Google for everyone,' he wrote.

'At the same time, I'm excited about Alphabet and its long term focus on tackling big challenges through technology,' he said in his email.

Pichai took over as CEO of Google in 2015 as part of the company's broader corporate restructuring to create Alphabet. Prior to that, Pichai had held a variety of roles at the company, including overseeing Chrome, product chief of Google and head of the Android operating system.

Endorsing the leadership role played by Pichai ever since he was made Google CEO, Page and Sergey said the Indian-American brings humility and a deep passion for technology to their users, partners, and employees every day.

'He's worked closely with us for 15 years, through the formation of Alphabet, as CEO of Google, and a member of the Alphabet board of directors. He shares our confidence in the value of the Alphabet structure, and the ability it provides us to tackle big challenges through technology,' they wrote.

'There is no one that we have relied on more since Alphabet was founded, and no better person to lead Google and Alphabet into the future,' they said.

Pichai was born in Madurai, Tamil Nadu. He is an alumnus of Wharton business school, Stanford University and Indian Institute of Technology Kharagpur.