The benchmark Brent has spiked over $7 in the past month and was trading around $75.56 per barrel 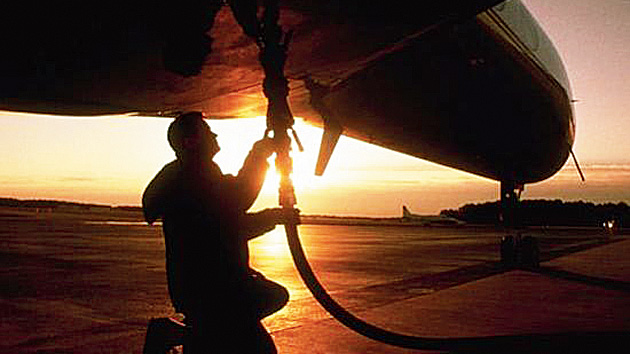 The spike in global crude prices could impact the nascent demand recovery in the aviation sector even as the civil aviation ministry pitches for duty cuts by both the Centre and states.

The benchmark Brent has spiked over $7 in the past month and was trading around $75.56 per barrel. This could pose pressure on the oil marketing companies to increase the prices of aviation turbine fuel.

Analysts said the oil market had become bullish because of the optimism about global economic growth despite the Covid-19 pandemic along a fall in US crude oil inventories.

The global demand is expected to outpace supply during the year due to which international oil prices will likely remain firm in the near-to mid-term, they said.

The latest data from Indian Oil Corporation showed the price of jet fuel has risen sharply to Rs 68,609.22 per kilolitre from about Rs 42,000 per kilolitre last year at New Delhi.

“The rising ATF price is a huge hindrance to the revival of the sector. Airlines will have no options but to pass the costs to the passengers,” airline officials said.

Civil aviation minister Jyotiraditya Scindia has written to state chief ministers on the need to rationalise VAT rates as it would increase the number of flights and bring in more revenue. He has asked the states to reduce VAT to 1-to-4 per cent.

The aviation minister has also urged the finance ministry to reduced the excise duty on jet fuel for larger aircraft to 8 per cent from 11 per cent and 5 per cent for the smaller planes.

Aviation fuel constitutes about 40 per cent of the operating cost of an airline, and the fuel prices in the country are higher by about 35 per cent than global peers.

Data for 2018-19 published by the ministry of petroleum show that oil companies collectively paid Rs 4,561 crore as VAT on jet fuel that year, which was 32 per cent more compared with the previous year.

Analysts said the rising prices of jet fuel would impact the financials of the airlines which are limping back to normality with the easing of restrictions.

Kinjal Shah, vice-president and co-group head, Icra said “elevated ATF prices and fare caps continue to pose a challenge for the profitability of the airlines”.