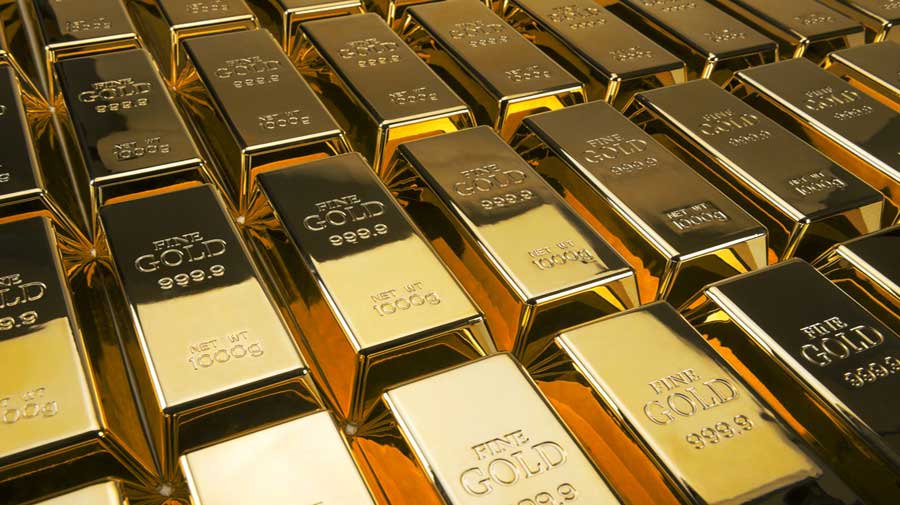 Brokerages and wealth managers are advising investors to increase their exposure to gold through bonds and ETFs in the present scenario of softer interest rates and volatile stock markets.

Portfolio managers advise investors to have not more than 5 per cent of their assets parked in gold as the appreciation is less compared with other financial instruments even as it is used as a hedge against downturn.

However, analysts now say investors may consider winching this up a little more, depending on the portfolio size, amidst a broad consensus that gold prices are on an upward trajectory despite the present correction.

“Gold prices have been moving up in the international markets in the last one year in response to the uncertainties in economic growth faced by all the major economies of the world. This situation has been further compounded by the pandemic and the resultant lockdown to combat the same,” said Joseph Thomas, head of research, Emkay Wealth Management, adding that gold prices are expected to find support at higher levels.

“While in all standard asset allocation models, a 5 per cent allocation to gold as an asset class is suggested with the intention of providing stability to the portfolio and as a hedge against inflation, a higher allocation may be contemplated based on the portfolio size and other portfolio peculiarities,” he said.

Sovereign Gold Bonds (SGB), one of the investment options, has the advantage of not involving investment in physical gold. Rather, it is parked in a derivative that moves with the price of gold.

The fourth tranche of SGB — that will open between July 6 and July 10 — could be a gold-linked investment avenue, according to brokerages. The RBI, which issues the bond on behalf of the government of India, has set the issue price at Rs 4,852 per gram, the highest among the tranches announced so far this year. There is also a Rs 50 per gram discount on the nominal value for those who are subscribing online.

The government has so far sold SGBs worth around Rs 3,108 crore from the three tranches in April, May and June. After the fourth tranche in July, two more are scheduled in August and September.

According to brokerages, the benefits of these bonds are three-fold —  investors earn a 2.5 per cent interest per annum during the term of investment, which is eight years with an exit option after the fifth year.

The redemption will be at the prevailing market price with exemption from capital gains tax if held till maturity. Moreover, being issued by the government, they are safe to hold.

However, investors need to keep in mind a few aspects. These bonds have a minimum lock-in of five years. Moreover, there are liquidity concerns in the secondary market even as the redemption price could fluctuate depending on the global market conditions.

Gold ETFs is another investment route where the inflows were to the tune of around Rs 815.03 crore in May, indicating the safe haven appeal for investors.