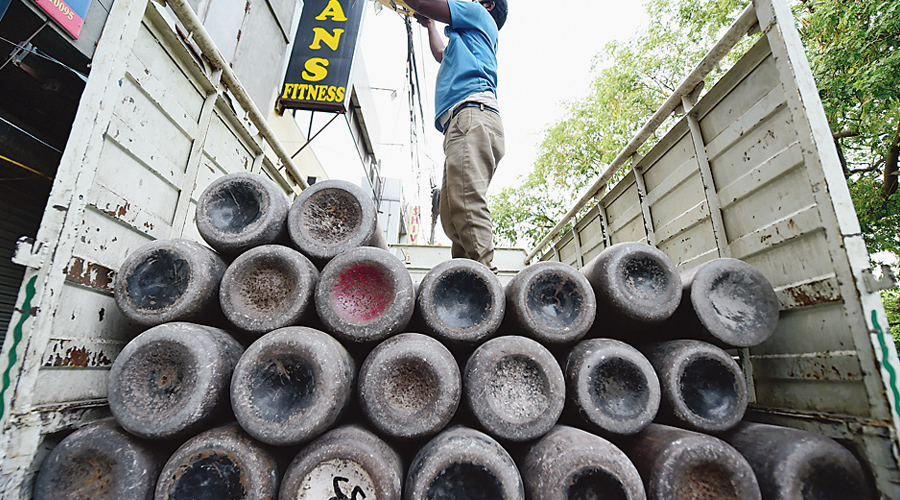 More and more business houses are stepping in to plug the oxygen shortage in the country amid a huge rise in Covid-19 cases.

On Wednesday, the Tata group joined the likes of JSW Steel, Reliance Industries, Indian Oil Corporation, BPCL, Vedanta and others to offer oxygen supplies from its plants.

The Tata group said it will import 24 cryogenic containers to transport liquid oxygen and help ease the oxygen scarcity.

The group said it is “committed to doing as much as possible to strengthen the fight against Covid-19”.

The import of the cryogenic containers via chartered flights to mitigate the oxygen crisis is one such effort to boost health infrastructure.

Last year, when the first wave of the pandemic hit India, the group had also imported ventilators, personal protective equipment (PPE) kits, masks and gloves as well as Covid-19 testing kits in large numbers from countries such as South Korea, the US and China.

Reliance Industries has also tweaked manufacturing at its Jamnagar oil refineries to produce over 700 tonnes a day of medical-grade oxygen. The oil-to-telecom giant is supplying this free of cost to states badly affected by the second wave of the pandemic.

The plant in Gujarat initially produced 100 tonnes of medical-grade oxygen.

A PTI report said the supplies being made to states such as Gujarat, Maharashtra and Madhya Pradesh will provide relief to over 70,000 critically ill patients every day. The company also plans to raise medical-grade oxygen production capacity to 1,000 tonnes

“We are supplying oxygen for medical purposes as our priority is response to the current crises. Currently, the supplies are ramped up to over 185 tonnes and we are making every effort to increase it further from all our steel plants,” JSW Steel had said in a statement earlier this week.

HLL Lifecare, which is present in segments such as contraceptives and hospital products, said it will procure almost 50,000 tonnes of imported medical oxygen for distribution to various central and state government hospitals. It floated a global tender on April 16 on behalf of the ministry of health & family welfare for supply of medical oxygen at the earliest. The last date for submission of the tender is April 28.