Original equipment manufacturers (OEMs) are, however, confident that the current crisis will blow over by the first quarter of next year 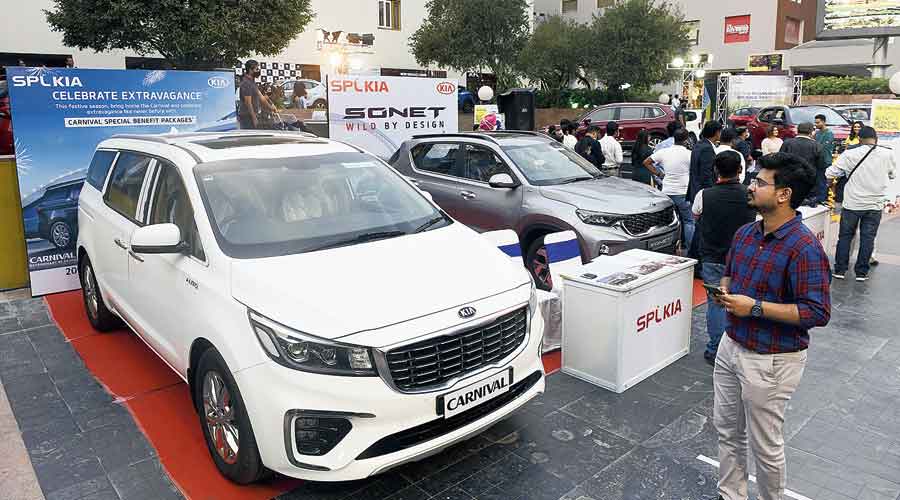 The semi-conductor shortage is likely to hit car sales in the festival season as the industry fears it may not be able to maintain production schedules which will affect the inventory with the dealers this month.

Original equipment manufacturers (OEMs) are, however, confident that the current crisis will blow over by the first quarter of next year.

Supplies have also started trickling in as the lockdowns ease in Malaysia and other Southeast Asian manufacturing hubs. However, the festive season this year might just see a supply crunch .

The country’s largest car manufacturer, Maruti Suzuki India Ltd, which has been forced to cut down its production volume to 40 per cent of its capacity in September, says it will probably not be able to build up stocks .

“The festive season starts from October 6 with Navaratri. Before that is an inauspicious period when no retail sales take place in large parts of north and south India. It was during this period that we used to build up stocks at the dealerships. Normally, a 30-35 day inventory is built up. This would go up to 40-45 day inventory in anticipation of the festive buying,” said Shashank Srivastava, executive director, Maruti Suzuki.

“This festive season will be different from others as it will be the first time that the supply will be an issue instead of demand. Normally, the question was always whether there would be enough demand. Now the question is will there be enough supply,” he said.

Asked whether the crisis was slowing down recovery in the industry, the director said: “Not just chips, spiralling commodity prices too are dampening demand as prices of cars shoot up.”

Toyota vice-president Naveen Soni, however, is not too perturbed by the problem. “We have been impacted but we are trying to manage with multiple suppliers. The headquarters was managing the semiconductor supply line and up to now we have tided ourselves over it. There is a crisis in the production of chips and Covid lockdowns are halting production. But even then, our festive season sales should be on track,” said Soni.

The Malaysian production hub that includes the Bosch factory has been the supplier for a number of OEMs, including Maruti, Mahindra & Mahindra and Nissan. China has shut also supply owing to its aggressive Covid management.

But industry players are confident that the situation can only get better from here. “We have reached the nadir and now things will improve,” said an industry insider.

Maruti is closely watching what it calls a “dynamic situation”. The chip crisis is affecting production of top-end variants that use a lot of supercomputers. Maruti’s Dzire Tour, for instance, remains in short supply because of a crunch in chips for its CNG cars.

Tata Motors inaugurated 70 sales outlets across southern India in a single day last week. Spread across 53 cities, the outlets have been mapped to key emerging markets of the southern.

With the addition of these showrooms, Tata Motors will have 272 outlets in the southern states comprising Karnataka, Tamil Nadu, Pondicherry, Telangana, Andhra Pradesh and Kerala. In all, the retail footprint in India will grow to 980.

A total of 32 dealerships were opened in Bangalore (seven), Chennai (five), Hyderabad (four) and Kochi (four). The company’s expansion also includes the launch of 38 retail outlets in the upcountry markets of south India.