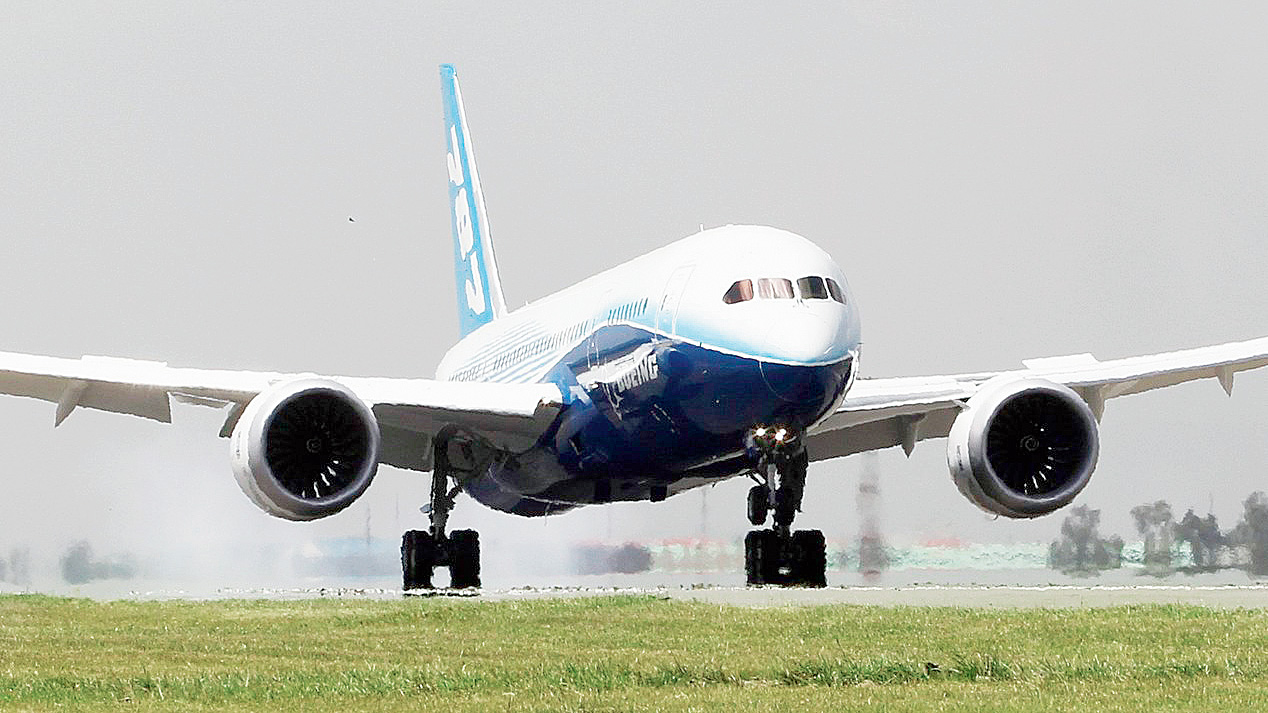 The Boeing Dreamliner 787-800 makes its first landing at the Jomo Kenyatta airport in Kenya's capital Nairobi, December 14, 2011. The state-of-the-art aircraft is currently on a world tour to countries whose airlines have signed a purchase agreement with Boeing. Kenya Airways is expected to take delivery of 9 of the aircrafts in Q4, 2013 with a possibility of leasing four others, following the signing of a purchase agreement with Boeing in April this year.
File photo
Our Legal Correspondent   |   New Delhi   |   Published 26.09.20, 05:22 AM

The Supreme Court on Friday said it will consider the Centre’s suggestion to make transferable the refund vouchers to be given to the passengers in lieu of the tickets booked for the flights which were cancelled because of the lockdown.

At the hearing, private airlines opposed any move by the DGCA (directorate-general of civil aviation) to levy a monthly interest of 0.1 per cent at the time of refund of the tickets cancelled between March 23  and May 5.

The DGCA had earlier told the court it would ask the airlines to pay a nominal interest on the cancelled fares after many passengers complained that airlines were refusing to refund the fares.

A bench of Justices Ashok Bhushan, R. Subhash Reddy and M.R. Shah, which heard the arguments of passengers, travel agents and airlines, reserved its verdict. The court is expected to give the verdict in another fortnight.

Senior advocate Pinaki Misra for Air Asia and Vistara argued that there was a wrong impression that the money retained by the airlines was parked in some bank.
Advocate Puneet Jain for an intervener complained that the DGCA had failed to address the issue of passengers who had booked their tickets outside India for travel to the country.