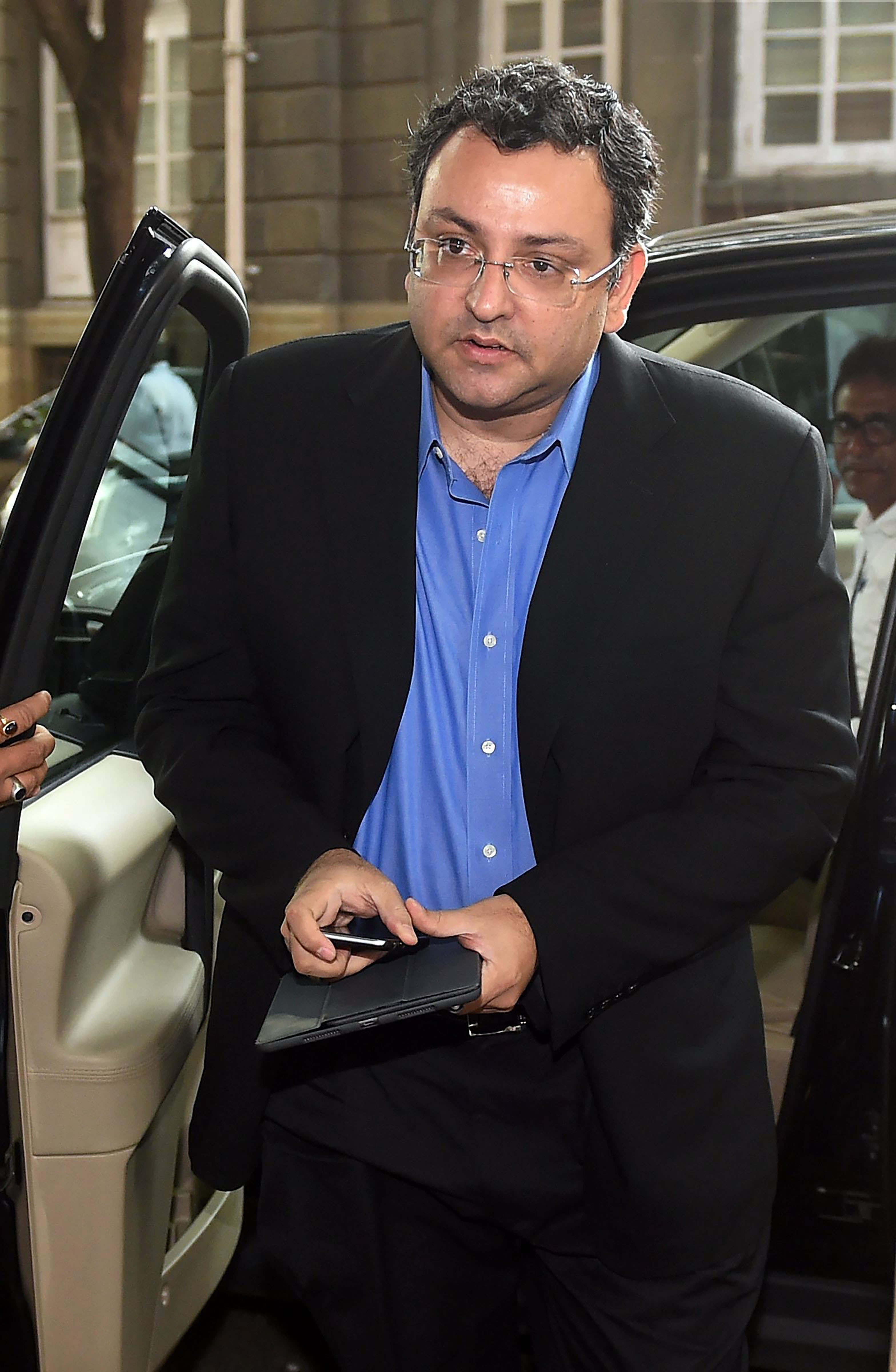 The Supreme Court on Friday stayed in toto the NCLAT order restoring Cyrus Mistry as executive chairman of the Tata Group, observing that there were 'lacunae' in the orders passed by the Tribunal.

A bench of Chief Justice S. A. Bobde and Justices B. R. Gavai and Surya Kant said the National Company Law Appellate Tribunal (NCLAT) decision suffers from 'basic errors and we have to hear the matter in detail'.

The bench also said, 'You (Cyrus) have been out of the saddle quite a long time. Does this hurt you....How does it hurt you today'.

The bench said there was no prayer in the petition for reinstatement of Mistry but the tribunal went ahead with it and ordered his reinstatement.

'We find there are lacunae in the judicial orders passed by the NCLAT,' the bench said issuing notices to Mistry and others.

Tata Sons Private Ltd (TSPL) challenged the December 18 decision of NCLAT that gave a big relief to Cyrus Investment Pvt Ltd and Mistry, restoring him as the executive chairman of TSPL.

The bench issued notices to Cyrus Investment Pvt Ltd, Mistry and others and posted the matter after four weeks.

The top court also ordered that the Tatas will not exercise power under Article 75 of the Company Law for pushing out shares of minority holders in the company.

Senior advocate C A Sundaram, appearing for the company Cyrus Investment Pvt Ltd, submitted that instead of staying the NCLAT order, notice should be issued and two weeks be given for filing the reply.

However, the bench said, 'Our first impression is not good about the order of the tribunal. The tribunal granted the prayer which was not prayed'.

The Mistry's side wanted to place a note about interim arrangement which was not accepted by the bench.

Senior advocate N K Kaul appeared for Mistry while senior advocate Shyam Divan was appearing for the shareholders which were on Mistry's side.

During the hearing, Sundaram said he was not pressing for the consequential relief of reinstatement of Mistry but was against the wrongful removal of Mistry from Tata.

While the petition was pending, Mistry came out with a statement on Sunday saying that he is not interested in returning to the Tata Group and the decision was made in the interest of the Group, whose interests are far more important than the interests of any individual.

'To dispel the misinformation campaign being conducted, I intend to make it clear that despite the NCLAT order in my favour, I will not be pursuing the executive chairmanship of Tata Sons, or directorship of TCS, Tata Teleservices or Tata Industries.

'I will however vigorously pursue all options to protect our rights as a minority shareholder, including that of resuming the thirty-year history of a seat at the Board of Tata Sons and the incorporation of the highest standards of corporate governance and transparency at Tata Sons,' he had said.

TSPL, formerly known as Tata Sons Limited, had sought setting aside of the judgment in toto 'of NCLAT, alleging it was 'completely inconsistent with the annals of corporate law' and reflected 'non-appreciation of facts', which was 'untenable in law'.

NCLAT had held the group's chairman emeritus Ratan Tata's actions against Mistry were oppressive and the appointment of a new chairman was illegal.

It, however, had stayed operation of its order with respect to Mistry's reinstatement for four weeks to allow TSPL to file an appeal in the top court.

'In other words, far from putting an end to the alleged acts complained of, the judgment (of the NCLAT) has sown the seeds for a never-ending discord and conflict between shareholders of the appellant (TSPL), creating a recipe for an unmitigated disaster,' it said.

The plea raised questions of law and said the order restoring Mistry to his 'original position' as the executive chairman of TSPL for the 'rest of the tenure' was illegal as his tenure 'stood extinguished in March 2017'.

The plea termed 'illegal' NCLAT's declaration that Chandrasekaran's appointment as the chairman of TSPL was wrong and claimed he was appointed 'in accordance with the articles and duly approved by the board and shareholders'.

It alleged the NCLAT granted relief to Mistry which were not even sought.