The company owes Rs 1,963.49 crore to banks and other financial institutions, and is in default on the entire loan amount as on September 30, 2020 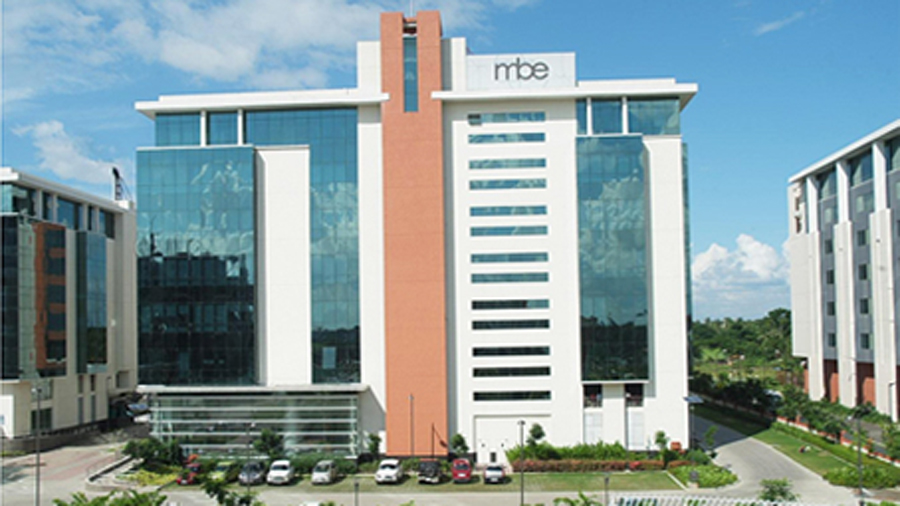 McNally has said that the company is in dialogue with all lenders for a comprehensive debt restructuring exercise.
mcnallybharat.com
Sambit Saha   |   Calcutta   |   Published 17.10.20, 02:36 AM

The clock has started ticking for the troubled EPC contractor McNally Bharat Engineering Company Ltd. The State Bank of India has issued a notice to the company invoking the SARFAESI Act, which is used by bankers to recover dues by selling assets.

The bank, which is the second largest lender to McNally after the Bank of India, made the move against the working capital loans availed by the company. The Khaitan family-owned McNally owes around Rs 600 crore cumulatively to SBI.

McNally owes Rs 1,963.49 crore to banks and other financial institutions. The company is in default on the entire loan amount as on September 30, 2020.

The notice was issued under Section 13 (2) of the Securitisation and Reconstruction of Financial Assets and Enforcement of Security Interest Act (SARFAESI), 2002, which stipulates that the borrower must discharge the full liability within 60 days of receiving the notice.

If a company fails to make the payment, the lender may take action under Section 13(4) of the Act, which includes taking possession of the secured assets of the borrower and realising the money by selling the same.

McNally said the company is in dialogue with all lenders for a comprehensive debt restructuring exercise. The interest outstanding on the various loans availed by McNally is over Rs 550 crore as of the last quarter. It also owes Rs 1,000 crore to promoter group companies.

However, while publishing the results for the first quarter, the company had disclosed it had submitted a restructuring proposal before the lenders but bankers had asked for certain changes.

The auditor to McNally had again extended an adverse opinion on the results, noting that the company’s ability to continue as a going concern will depend on the successful execution of the debt restructuring proposal.

Earlier in the year, the company had said it had received a binding term sheet from an overseas investor. It now appears that the investor developed cold feet as the pandemic has roiled the world economy, raising significant doubt about the pace of recovery.

An official of McNally said he was hopeful of concluding negotiations with the lenders within 60 days as envisaged under Section 13(2) of the notice. “We have time till December 6. It is possible to have an outcome by that time. Negotiations are going on,” the official said.

The two other operating companies, Eveready and McLeod Russel, lent heavily to salvage McNally but without any success.

The Khaitans borrowed heavily, pledging their stakes with the financiers. As they defaulted on payments,  financiers invoked the shares and sold them in the market, bringing down promoter holding in the two firms.

The SBI move also brings to the fore how lenders are approaching a stressed asset during the Covid period. Lawyers  say SARFAESI is gaining currency in dealing with defaulters as Insolvency & Bankruptcy Code, 2016 remains suspended.

The Centre has suspended initiation of Insolvency and Bankruptcy code, 2016 for any default that took place after March 25 for six months. The suspension has been extended for another 3 months.

For defaults prior to March 25, IBC is not being much of help as National Company Law Tribunals are not functioning to their full strength, choosing to take up only urgent matters.

“In a way, SARFAESI is an out of court process. A secured creditor can give notice and after 60 days, it can go ahead to take possession of the assets and sell them for recovery of dues. In a situation like it is today, SARFAESI becomes more useful because IBC is suspended and for pre-March 25 defaults, new admissions are difficult. So we are seeing many lenders are assessing this route,” a senior lawyer who specialises on stressed assets, said.

However, invocation of 13(2) does not always automatically go to Section 13(4). The lender can give leeway to a borrower beyond 60 days. But, Section13(2) being a statutory notice, a lender is free to take action after the time period. It is usually upon the discretion of the lender to go ahead with Section 13(4) or give more time to the borrower to pay up. The borrower, also, has the option to litigate if he is not happy with the banker's decision.

“It puts pressure on the borrower to comply with their obligation. In that sense banks have these tools to keep borrowers in check wherever they are facing delinquencies,” the lawyer explained.