Rupee takes a steep dive after fall in Chinese yuan 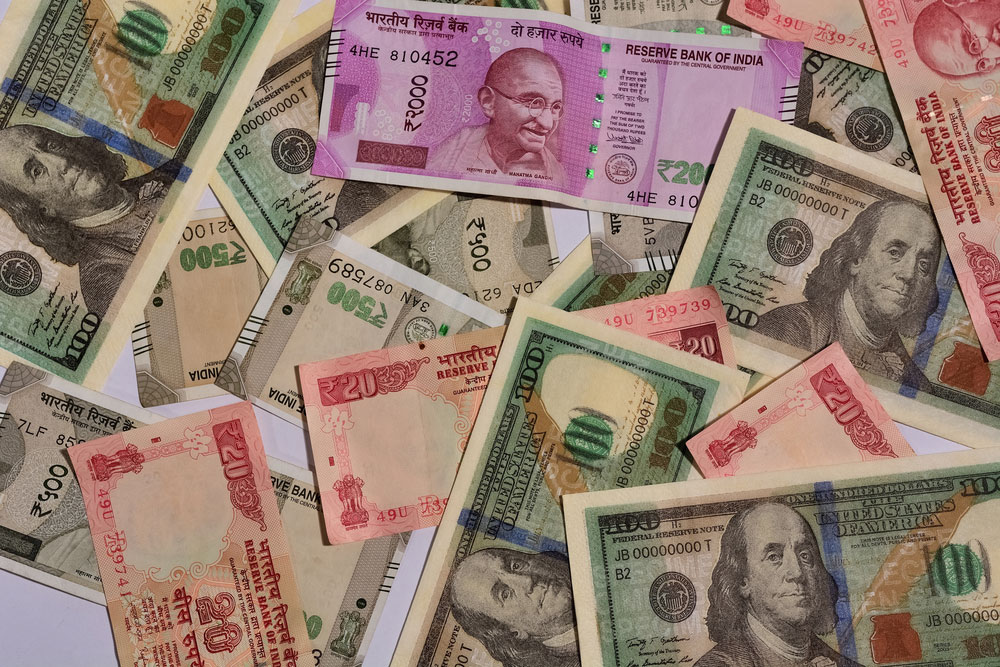 With US President Donald Trump announcing fresh tariffs against China, the latter allowed its currency to fall below the crucial level of 7 to the greenback, which is expected to fuel a trade tiff between the two nations.
(Shutterstock)
Our Special Correspondent   |   Mumbai   |   Published 05.08.19, 08:09 PM

The rupee saw its biggest single-day drop in the past six years and closed at a five-month low as the currency joined other regional units to be hit by a sharp fall in the Chinese yuan.

Domestic developments that included a move to scrap Article 370 in Jammu & Kashmir and continued outflows by foreign portfolio investors (FPIs) also added pressure on the rupee.

At the inter-bank foreign exchange market, the domestic unit crashed 113 paise, or 1.62 per cent, to finish at 70.73 to the dollar — a level not seen since March 1. This is the biggest single-day fall of the currency since August 2013.

The rupee was also the worst performer among other Asian currencies.

At the bond markets, the benchmark bond yield rose four basis points to 6.39 per cent.

“Today’s sharp depreciation in the rupee is largely because of the slump in the Chinese currency. The Yuan broke through the psychological 7-mark to the dollar, causing panic in the market. Meanwhile, fresh developments in Jammu & Kashmir also sapped investors’ risk appetite,” forex advisory services firm IFA Global said in a note.

With US President Donald Trump announcing fresh tariffs against China, the latter allowed its currency to fall below the crucial level of 7 to the greenback, which is expected to fuel a trade tiff between the two nations.

As investors chose safe-haven bets in fear of more tensions, Asian currencies were affected. The South Korean won lost more than 1.40 per cent, while the Indonesian rupiah fell 0.49 per cent.

The rupee was the worst hit because of sustained selling by FPIs in the stock markets as a result of which there was a strong demand for dollars and political uncertainty in J&K. Traders said the near-term focus will be on the RBI’s monetary policy outcome on August 7. The preference for safe-haven assets saw gold prices surging Rs 800 to hit an all-time high of Rs 36,970 per 10 gram at the capital.