Change to hurt HNIs most 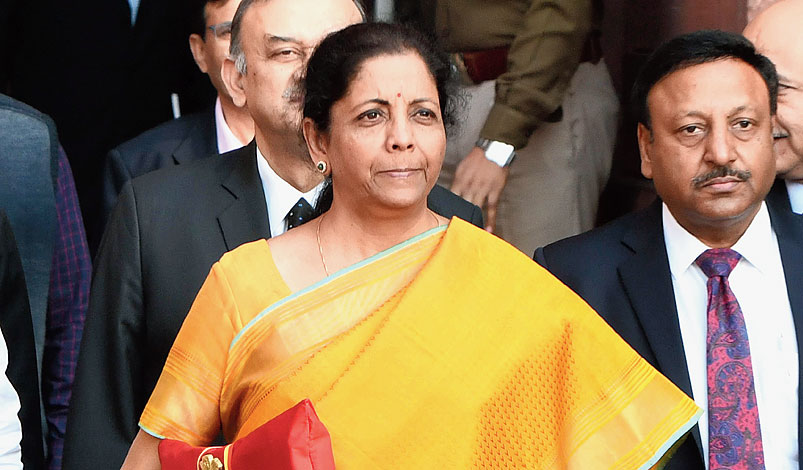 During an interaction with Nirmala Sitharaman, the Union finance minister, and secretaries of the finance departments under her, in Calcutta, several city-based industrialists and top executives raised the issue.
Telegraph file picture
Calcutta   |   Published 16.02.20, 06:47 PM

Tax experts and chartered accountants are coming up with innovative financial structures for high net worth individuals (HNIs) to soften the blow from the proposed changes in dividend income. Following a budget proposal to abolish dividend distribution tax (DDT) and shift the liability from companies to recipients, individuals in the highest tax bracket have been hit the most.

Tax experts are suggesting HNIs transfer their personal shareholdings to a limited liability partnership firm (LLP) or sell it to other group companies to reduce the incidence of tax on their dividend incomes.

In either case, the tax will come down even though it may be difficult for the HNI shareholder to use the dividend income for future use.

“Soon after the budget was placed, I received representations from chartered accountants and tax experts suggesting structures for better tax planning,” an industrialist, who declined to be named, said.

“If a partnership firm/LLP earns dividend from a company, it will pay tax at 30 per cent (plus cess and surcharge). When the firm/LLP distributes the partner’s share of profit from the dividend income, the same will not be taxed in the hands of the individual partners,” Dinesh Agarwal, partner (tax and regulatory services) of Ernst & Young, said.

This structure will still be higher than the 28.87 per cent most of the HNIs — there are about 13,000 of them in India paying the super-rich tax — was paying on dividend income. The effective tax rate was derived after factoring in a 10 per cent additional levy which used to be imposed on income above Rs 10 lakh a year.

The budget has scrapped this tax provision along with DDT where the effective rate was 20.56 per cent.

The government has so far defended the move saying DDT was abolished following continuous representations from the industry itself. Moreover, it argued that only a handful of people may be affected. “If the corporate tax rate is cut, abolition of DDT and 10 per cent tax on dividend income above Rs 10 lakh is factored in, only few may be impacted by the change,” said a finance ministry official.

Given the new tax regime will come into effect on April 1, several promoter-driven companies are rushing to beat the deadline to announce a hefty interim dividend for fiscal year 2019-20.

Corporate India, especially promoter owners of listed and unlisted firms who fall under the highest tax category, made several representations to the Union finance ministry suggesting a rethink after budget was tabled on February 1.

During an interaction with Nirmala Sitharaman, the Union finance minister, and secretaries of the finance departments under her, in Calcutta, several city-based industrialists and top executives raised the issue.

At least one industrialist in the meeting said the new regime would be discriminatory against Indian shareholders vis-à-vis foreign shareholders who would pay tax at a lower rate.

Risk capital is taxed too high in India, Gaurav Swarup of Paharpur Cooling Towers Ltd said in the meeting with FM, suggesting there was no reward to put the money back in business in India.

This would either encourage Indian promoters to be based in places such as Dubai or Singapore or foreigners to buy out Indian companies, Swarup said in a meeting behind closed doors.

The argument in favour of a lower rate, which depends on a specific tax treaty India signs with a foreign country, is that these companies get taxed again at their home country and the tax paid in India is set off against it.

Swarup had argued that foreigners should be taxed at the same rate as Indian owners if they get a set-off anyway.

“Even though the so called 13,000 HNIs does not matter in the ballot box, these are the people capable of kickstarting the economy. But they are not investing because of the environment. Imposing a higher tax on dividend, a legitimate way to create equity for building a new business, would not help the matter,” an industrialist on condition of anonymity said.