The oil-to-telecom giant announces two more transactions with TPG picking up a 0.93% stake for Rs 4,546.80 crore 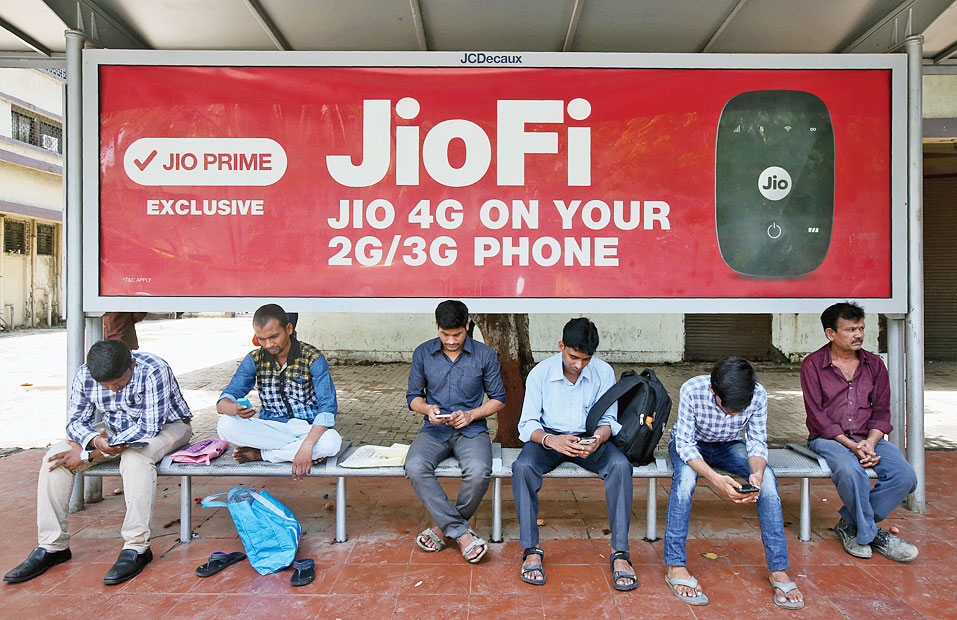 Analysts are not ruling out the possibility of Reliance bringing in more investors even though it has exceeded the initial estimate of monetising up to a 20 per cent of Jio Platforms.
File picture
Our Special Correspondent   |   Mumbai   |   Published 15.06.20, 10:21 PM

After hawking a little over 22 per cent of its digital services arm to foreign investors, Reliance Industries may be hungry for more given the rich valuations it has bagged.

Analysts are not ruling out the possibility of Reliance bringing in more investors even though it has exceeded the initial estimate of monetising up to a 20 per cent of Jio Platforms.

On Saturday, the oil-to-telecom giant announced two more transactions with TPG picking up a 0.93 per cent stake for Rs 4,546.80 crore and L Catterton investing around Rs 1,895 crore for a 0.39 per cent stake in Jio Platforms.

It has, thus, collectively raised Rs 1.04 lakh crore from various global investors, including Facebook. Overseas investors now hold close to 22.38 per cent in Jio Platforms. If Reliance decides to take this further up to 25 per cent, it can still bring in over Rs 13,000 crore.

The string of transactions has seen RIL hurtling towards its goal of being a zero net debt firm with almost 65 per cent of the target being achieved.

If one were to include another Rs 13,280 crore from the rights issue (shareholders will have to initially pay 25 per cent), the company has raised over Rs 1.17 lakh crore , which is around 73 per cent of its net debt levels as of March. In April, the board of RIL had approved a proposal to raise up to Rs 25,000 crore through non-convertible debentures.

Analysts are confident RIL will be able to achieve its target of being a zero net-debt firm before the end of this fiscal while many feel it will be done by the end of this calendar year itself even if the proposed deal with Saudi Aramco is delayed.

Meanwhile, the partly-paid shares of RIL’s rights issue got listed at Rs 690 on the NSE. Analysts on Sunday projected the listed price in the Rs 720-760 range. The partly paid scrip hit a high of Rs 710.65 on the exchange, before closing at Rs 698 a gain of 8.04 per cent.

over its previous close, evaluated at Rs 646.05

While the actual amount that has been mobilised could not be ascertained, the company was planning to refinance high cost loans with these debentures

The brokerage added that with major refining and telecom projects achieving completion, capex in 2019-20 slid to Rs 76000 crore from the high of about Rs 1 trillion in the previous fiscal. It expect capex at RIL to further decline to Rs 46000 crore in the current fiscal, offsetting lower operating cash flow from oil & gas.