Reserve Bank of India supersedes board of Reliance Capital Ltd

It appointed Nageswar Rao Y, the former executive director, Bank of Maharashtra as the administrator of the company 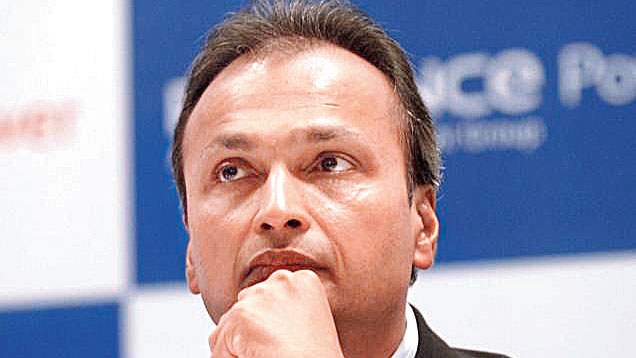 The Reserve Bank of India (RBI) on Monday superseded the board of Reliance Capital Ltd, heaping further ignominy on beleaguered industrialist Anil Ambani who has seen his once-feted business empire crumble on his watch.

The banking regulator said it had been forced to act because of RCL’s mounting debt obligations and serious governance concerns that the company’s six-member board with Anil Ambani as chairman had failed to address effectively.

It appointed Nageswar Rao Y, the former executive director, Bank of Maharashtra, as the administrator of the company.

The regulator said it would would shortly launch an insolvency process against Reliance Capital under the Insolvency and Bankruptcy (Insolvency and Liquidation Proceedings of Financial Service Providers and Application to Adjudicating Authority) Rules, 2019.

It will also apply to the National Company Law Tribunal (NCLT), Mumbai seeking the appointment of Nageswar Rao as the Insolvency Resolution Professional (IRP) for Reliance Capital.

Reliance Capital, which is registered as a core investment company with the RBI, is only the third non-bank lender against whom insolvency proceedings will be initiated under a special window of the Insolvency and Bankruptcy Code. The other two cases involved Dewan Housing Finance and two entities of the Srei group.

Besides Ambani, the RCL board included independent directors Chhaya Virani, Rahul Sarin, and Thomas Mathew, and two Anil Ambani group officials, A.N. Sethuraman and Dhananjay Tiwari, who was the CEO.

In a statement issued late in the evening, Reliance Capital said it welcomed the RBI’s move “to resolve the company’s debt in accordance with the IBC Code”.

It added that it would fully co-operate with the administrator appointed by the RBI to resolve the debt in the best interests of all stakeholders.

The problem is that it isn’t quite clear how much debt exists on the books of the company.

RCL said in its statement: “The company has no outstanding loans from banks and approximately 95 per cent of its debt is in the form of debentures.”

That assertion doesn’t seem to square with the numbers on the books of the company – a wide discrepancy that opens the doors for legal quibbles and squabbles.

Other reports suggest it has a consolidated debt of over Rs 40,000 crore – most of that housed in its operating subsidiaries and associates in areas like finance and investments, general insurance, life insurance, and commercial finance.

These reports suggest that RCL defaulted on debt worth Rs 8,000 crore. The company has consistently argued that it is “prohibited from making any payment to secured or unsecured creditors and to dispose off, alienate, encumber either directly or indirectly or otherwise part with the possession, of any assets except in the ordinary course of business such as payment of salary and statutory dues” because of orders passed by the Debt Recovery Tribunal, two other orders passed by the Delhi High Court, and three orders passed by the Bombay High Court.

The ring fence around debt repayment will continue because of the debt moratorium that will kick in as soon as it is propelled into the IBC process and until an acceptable debt resolution plan is on the table.