Advertisement
Home / Business / Regulators should be well advanced to deal with digitisation: Sitharaman

Regulators should be well advanced to deal with digitisation: Sitharaman

'Decade from 2020 and upwards will be infused with digital methods' 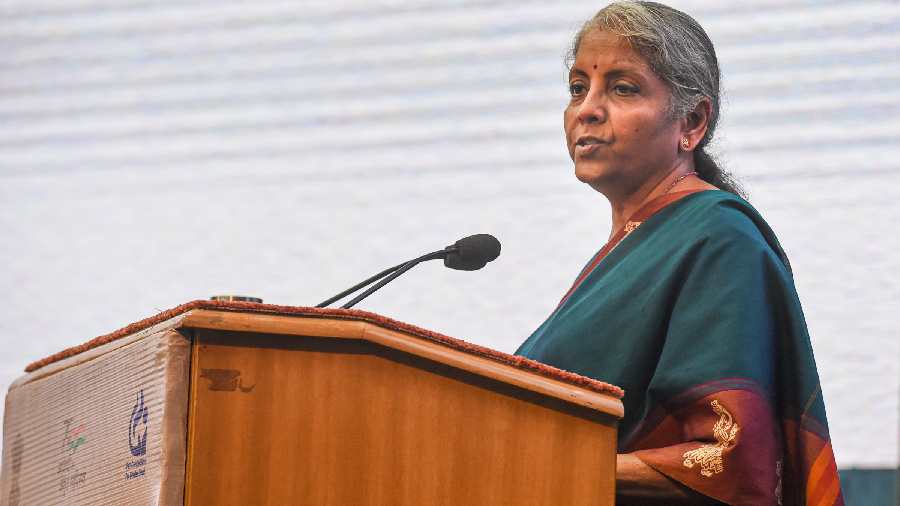 Emphasising the need for fair and transparent business practices, Union minister Nirmala Sitharaman on Tuesday said regulators have to be well advanced and ahead of the curve in understanding digitisation to ensure that there is no misuse of technologies.

Sitharaman, who is helming the ministries of finance and corporate affairs, said the decade from 2020 and upwards will be infused with digital methods and also stressed that there should be firewall mechanisms in the context of digitisation.

Underlining that there should be fair, accountable and transparent practices, the minister said that everyone has to be seized of the fact that digitisation is going to pervade all aspects of society.

"We cannot be behind the curve... the regulators will have to understand at what level and with what effect they need to come in. We have to be well advanced in this kind of situation rather than being caught unawares," she said.

Delving into the topic of digitisation, the minister also said it is very well for regulators and institutes to benefit from digitisation. At the same time, there has to be strong manpower, which constantly looks at ways in which they can evolve firewall mechanisms to safeguard the digital platforms and digital world that have been created for our convenience.

"Every institution will have to give equal attention to experts who have to be deputed on a constant basis to understand the challenges where they come from and strengthen the firewall mechanism. Or else that which made our lives easy, that which is making our lives continuously easy, can become the biggest (challenge)...," she said.

Mentioning various institutions under the corporate affairs ministry, Sitharaman said CCI, which is "remaining a shadow but without affecting functionalities" has made a major contribution.

"(It has been)... making its presence felt but not trying to make any obstruction... Controlling mergers in a very soft but significant way, giving consumers the necessary protection...," she added.

Corporate Affairs Secretary Rajesh Verma said the ministry will be coming out with various tools, including for compliance management, and emphasised its focus on technology-driven platforms to facilitate ease of doing business.

Various measures have been taken in the last eight years to ease the compliance burden, he noted.

At the event, the National CSR Exchange Portal was launched.

Among others, a commemorative postal stamp on investor awareness was released and a special window for those 75 years and above with respect to claims was launched by IEPFA.