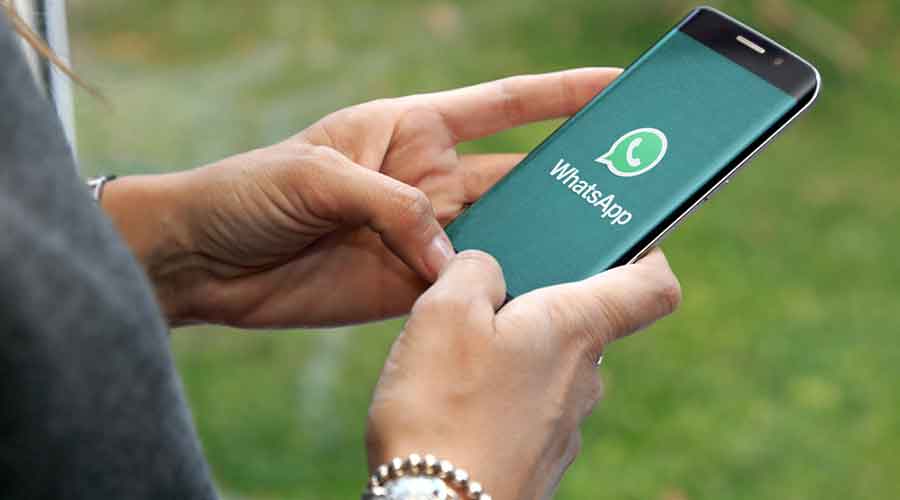 In a recent affidavit filed in the court through Manmohan Singh, assistant general manager, RBI, the apex bank stated that the NPCI on June 5 had informed the RBI that WhatsApp has fully complied with the various requirements of the RBI circular dated April 6, 2018.
Shutterstock
Our Legal Correspondent   |   New Delhi   |   Published 01.08.20, 05:22 AM

The Reserve Bank of India (RBI) has denied in the Supreme Court that it had granted permission to popular messaging service provider WhatsApp “to go live for full scale operations” on the Unified Payments Interface (UPI) payment system.

Permission for UPI payments was accorded to WhatsApp by the National Payments Corporation of India (NPCI) after compliance with the regulatory norms.

In a recent affidavit filed in the court through Manmohan Singh, assistant general manager, RBI, the apex bank stated that the NPCI on June 5 had informed the RBI that WhatsApp has fully complied with the various requirements of the RBI circular dated April 6, 2018.

Therefore, the NPCI is giving ICICI Bank the approval to go live with WhatsApp on UPI.

The affidavit has been filed in response to a pending PIL by the Centre for Accountability and Systemic Change expressing apprehensions that WhatsApp is being granted UPI payment mode facilities despite not complying with the country’s regulatory norms.

“It is specifically denied that the RBI has granted permission to WhatsApp to go live for full scale operations on Unified Payments Interface (UPI) payment system,” the RBI said.

The Supreme Court on Friday directed that no BS-IV vehicles would be registered by the authorities till it decides the issue of sale of such vehicles during the Covid-19 induced lockdown period in March.

“We direct all the authorities not to register any BS-IV vehicles till we decide this,” a bench headed by Justice Arun Mishra said during the hearing conducted through video-conferencing.

The top court was earlier irked over the violation of its order and had pulled up automobile dealers association by saying that more BS-IV vehicles were sold during the COVID-19 induced lockdown period in last week of March and after March 31 also.

According to RBI the National Payments Corporation of India (NPCI) the main regulatory body for UPI transactions in the country had, vide communication dated September 12 and October 24, 2019, forwarded to the Reserve Bank the System Audit Report (SAR) and the Post Change Review Report submitted by WhatsApp, along with its comments on compliance status of WhatsApp with the RBI circular dated April 06, 2018 on ‘Storage of Payment System Data’ (the circular).

Reserve Bank had examined the said reports and the responses of NPCI and was concerned that WhatsApp was storing some payment data elements outside India beyond the permitted timelines indicated in the circular and the Frequently Asked Questions on ‘Storage of Payment System Data’ issued by RBI on June 26, 2019.

Accordingly, vide letter dated November 1, 2019, NPCI was  advised to ensure that the payment data elements as referred to therein are not stored by WhatsApp outside India beyond permitted timelines.

In addition, NPCI was advised to ensure that WhatsApp does not store any of the payment transaction data elements in hashed / de-identified / encrypted form in its systems outside India. NPCI was also advised not to permit WhatsApp to go live for full scale operations on UPI payment system, till the time they are fully compliant, the RBI said citing its earlier response filed in the Supreme Court on November 7, 2019.

RBI through another letter dated January 31, 2020, advised NPCI that the use of UPI and / or membership to the same was governed by the framework which was adopted by NPCI.

Further that NPCI will have to adopt the parameters laid down, while according permission to WhatsApp to be a part of UPI. RBI had also advised that NPCI needed to ensure conformity to all other requirements governing this system.

“Thereafter, NPCI had, vide letter dated June 5, 2020, informed that they had reviewed the Post Change Review Report-III from the CERT-In empanelled auditor of WhatsApp certifying the compliance…and found the same in order. NPCI had stated that as WhatsApp has fully complied with the requirements of the aforementioned RBI circular dated April 6, 2018, they are giving ICICI Bank the approval for go live of WhatsApp on UPI,” the RBI added denying that in any manner violation of regulations by WhatsApp.