The bank's former chairman Waryam Singh, managing director Joy Thomas and other senior officials, along with a director of HDIL, have been named in the FIR 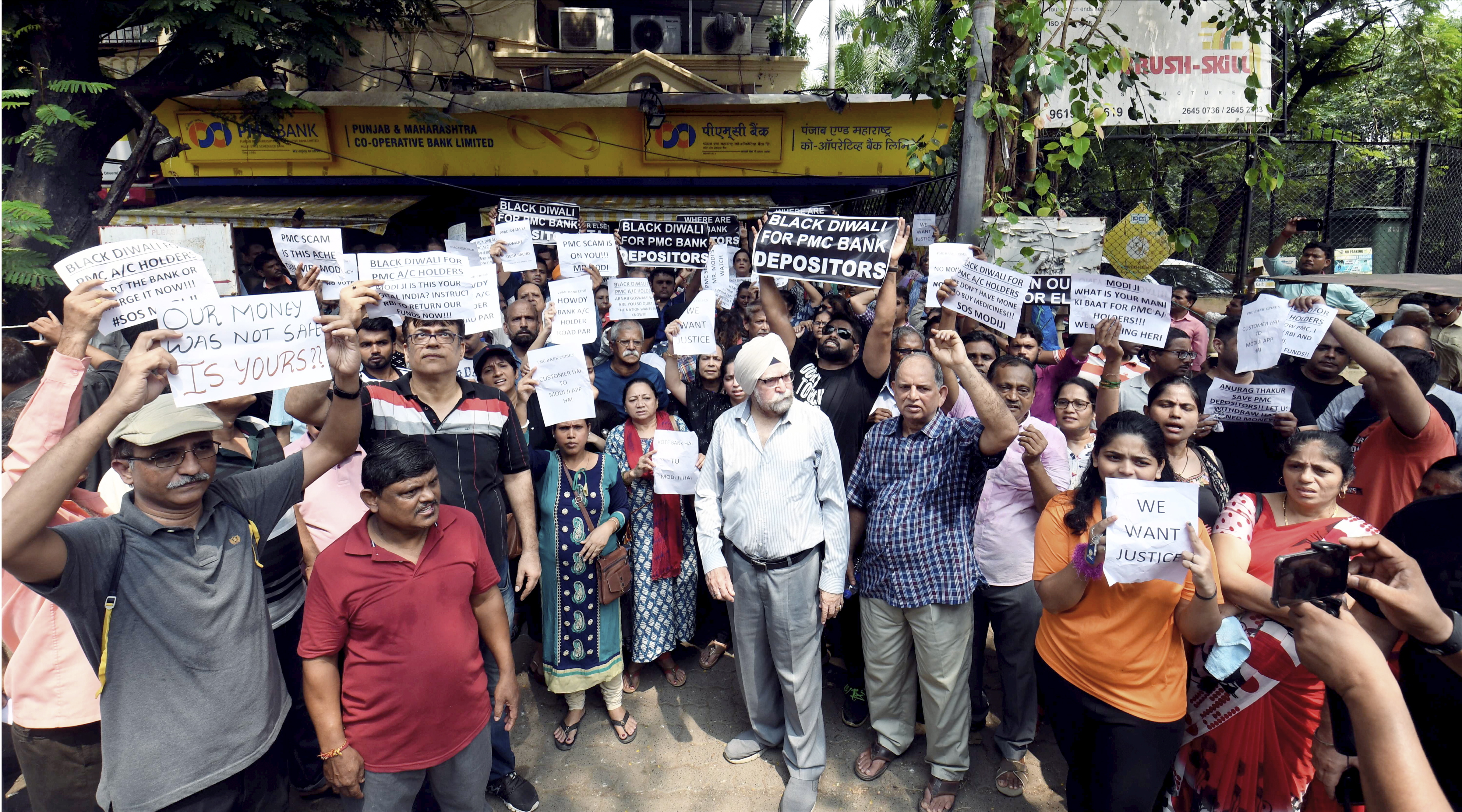 The ED on Friday raided six locations in Mumbai and its adjoining areas and registered a money-laundering case to probe the alleged fraud in the Punjab and Maharashtra Cooperative (PMC) Bank case, officials said.

They said the raids were being conducted after a criminal compliant was filed under the Prevention of Money Laundering Act (PMLA) by the central agency.

The Enforcement Directorate case is based on an FIR filed by the Economic Offences Wing of the Mumbai police.

The ED and Mumbai police case is against former bank management and promoters of the Housing Development Infrastructure Limited (HDIL).

Based on a complaint by an RBI-appointed administrator, the police complaint was filed earlier this week on charges of forgery, cheating and criminal conspiracy against the officials.

According to the initial investigation, police said, the bank's losses since 2008 were Rs 4,355.46 crore.

The bank's former chairman Waryam Singh, managing director Joy Thomas and other senior officials, along with HDIL director Rakesh Wadhawan have been named in the police FIR, now taken cognisance by the ED.

Describing the modus operandi of the alleged irregularities, the police FIR said HDIL promoters allegedly colluded with the bank management to draw loans from the its Bhandup branch.

ED, sources said, is also looking for evidence for the alleged tainted assets of the accused so that they can be attached under PMLA.

Despite non-payment, the bank officials did not classify the loans as non performing advances and intentionally hid the information about it from the Reserve Bank of India, the police said.

They also created fictitious accounts of companies which borrowed small sums of money and created fake reports of the bank to hide from the regulatory supervision, it said.

The bank, which has 137 branches and over Rs 11,000 crore in deposits, has been put under restrictions since last week after the RBI discovered certain financial irregularities in the functioning of the multi-state lender.

According to sources, the overall exposure of the bank to the financially-stressed HDIL group is around Rs 6,500 crore or over 73 per cent of the advances, and all of it is not being serviced.