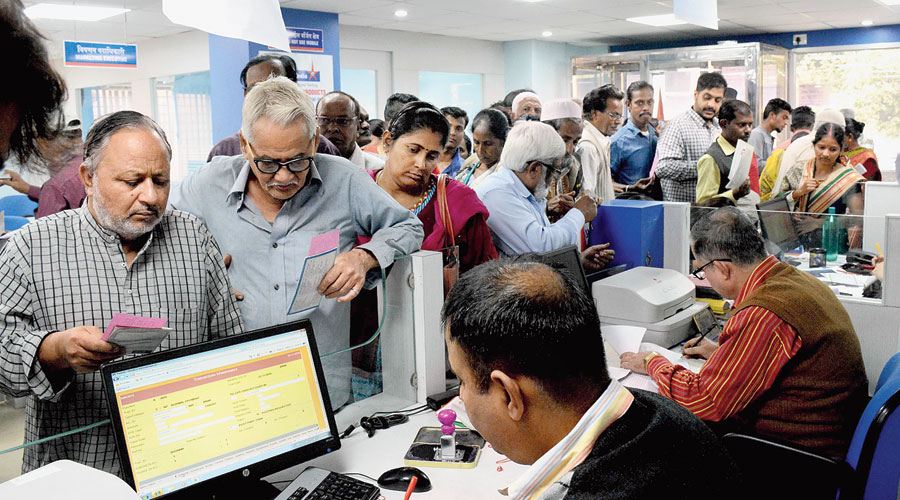 Retirement fund body EPFO is mulling a new pension product for organised sector workers who are getting basic wages of more than Rs 15,000 per month and are not mandatorily covered under its Employees' Pension Scheme 1995 (EPS-95).

At present, all those employees in the organised sector whose basic wage (basic pay plus dearness allowance) is up to Rs 15,000 per month at the time of joining service are mandatorily covered under EPS-95.

“There has been demand for higher pension on higher contributions among the members of the Employees' Provident Fund Organisation (EPFO). Thus, it is under active consideration to bring out a new pension product or scheme for those whose monthly basic wages are more than Rs 15,000,” a source said.

The source said the proposal on this new pension product could come up for discussion in the meeting of EPFO’s apex decision making body Central Board of Trustees (CBT) on March 11 and March 12 at Guwahati. A sub-committee constituted by the CBT on pension related issues in November 2021 would also submit its report at the meet.

The source explained that there are EPFO subscribers who are getting more than Rs 15,000 monthly basic wages who are forced to contribute lower (at the rate of 8.33 per cent of Rs 15,000 per month into EPS-95) and thus they get lower pension.

The EPFO had amended the scheme in 2014 to cap monthly pensionable basic wages at Rs 15,000.

The threshold of Rs 15,000 applies only at the time of joining service. It was revised upward from Rs 6,500 from September 1, 2014 in view of price rise and pay revisions in the formal sector.

Later, there were demands and deliberations to raise the threshold monthly basic wage to Rs 25,000, but the proposal was not approved.

As per industry estimates, raising pensionable pay could have brought 50 lakh more formal sector workers under the ambit of EPS-95.

The source said there is a need for a new pension product for those who are either forced to contribute lower or who could not subscribe to the scheme as their monthly basic wages were higher than Rs 15,000 at the time of joining service.