PM Modi also set the target of the country breaking into top 50 countries in the ease of doing business ranking. 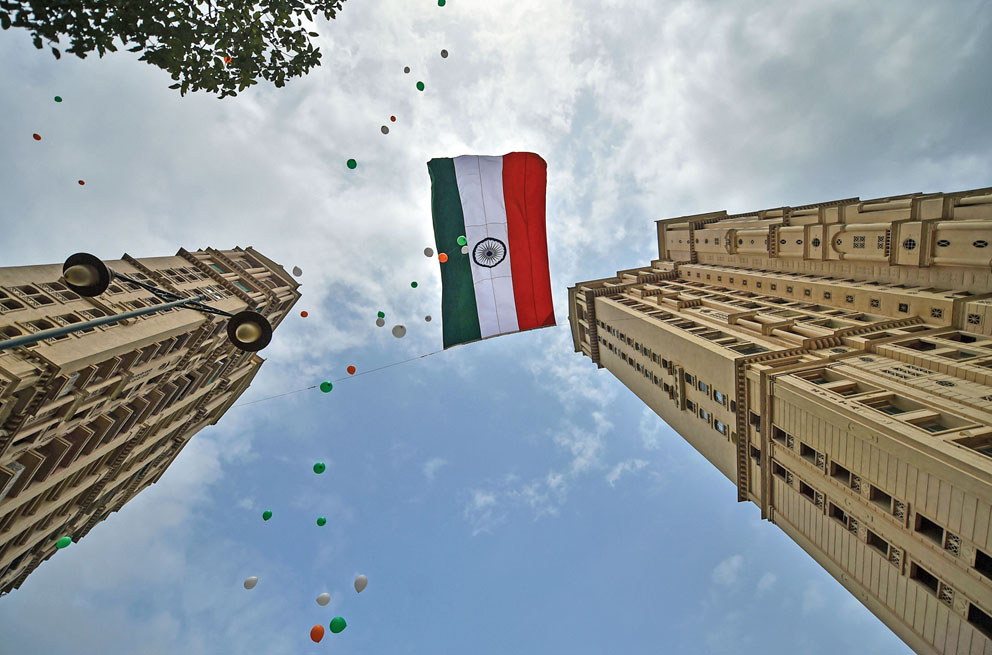 Amid a widespread slowdown in the economy, Prime Minister Narendra Modi on Thursday committed himself to a five-year vision of investment-led growth, saying a massive Rs 100 lakh crore (trillion) will be spent on developing infrastructure that will help in achieving the target of a $5 trillion economy.

In a bid to reassure India Inc, he said wealth creators are the country’s wealth and should not be looked at with suspicion.

He also set the target of the country breaking into top 50 countries in the ease of doing business ranking.

“To some, the target of nearly doubling the size of Indian economy to $5 trillion in five years may seem difficult. But when we have in five years (of BJP rule) added $1 trillion as compared to $2 trillion size achieved in 70 years of Independence, then this target is achievable,” he said, while addressing the nation from the ramparts of the Red Fort on the 73rd Independence Day.

Modi said political stability through a massive mandate for his government alongside predictable policy provides a unique opportunity for India to grow. “The country shouldn’t lose this opportunity,” he said adding that his government has provided high growth while keeping inflation at a low rate.

He referred to reforms such as the Goods and Services Tax (GST) and Insolvency and Bankruptcy Code (IBC) for aiding the growth process and said the government will invest Rs 100 lakh crore in building modern ports, highways, railways, airports, hospitals and educational institutions.

He said reforms will continue to be ushered in to help India break into Top 50 countries on the “ease of doing business” ranking. “The target is to break into top 50 nations,” he said.

The Prime Minister said the era of policy paralysis has ended and his government was giving policy-based governance that has helped catapult the country from the 142nd place among 190 nations on the World Bank’s ease of doing business ranking in 2014 to 77th position this year.

Reforms will continue and procedures would be further eased to make it easier for companies to do business in the country, he said adding that efforts are on to increase the size of the economy to $5 trillion.

The country’s economic growth accelerated in the first few years of Modi 1.0 regime, even breaching 8 per cent in 2016 and 2017, and the government was able to push through major reforms, including the introduction of a harmonised goods and services tax.

But the growth rate has since then slowed to a five-year low of 5.8 per cent in January-March 2019, consumer confidence has waned and foreign direct investment has plateaued. Entrepreneurs have voiced frustrations with regulation and the high cost of capital.

The Prime Minister, however, sought to allay concerns saying the fundamentals of the economy are strong, with low inflation and a potential to boost exports.

For entrepreneurs and businessmen, he said wealth creators must be respected and they should not be seen with suspicion.

“Let us never see wealth creators with suspicion. Only when wealth is created, wealth will be distributed,” he said. “Wealth creation is absolutely essential. Those who create wealth are India's wealth and we respect them.”

This is the third time in one year that Modi has stood up for corporates.

In July last year, Modi had stated that he was not scared to be seen with industrialists as his conscience was clear and that they too had contributed to the development of the country.

In October 2018, he had stated that he does not believe in the culture of criticising the industry. Corporates, he believes, are doing exemplary social work alongside their business.

He said the world is eager to trade with India. “Over the years we watched people making India a market (for their products). We too should reach the markets of the world. Why can't every district be an export hub?... If we aim for the global markets and make local products attractive, it will give employment to our youth.” 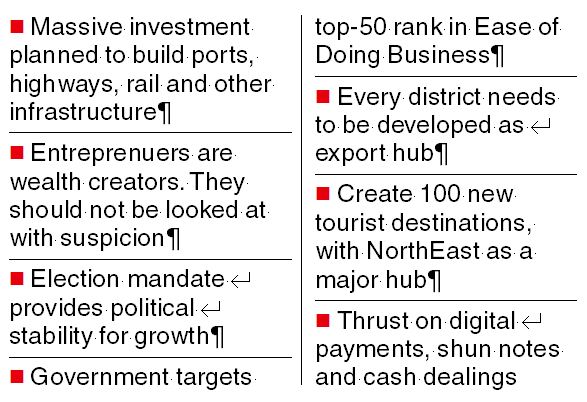