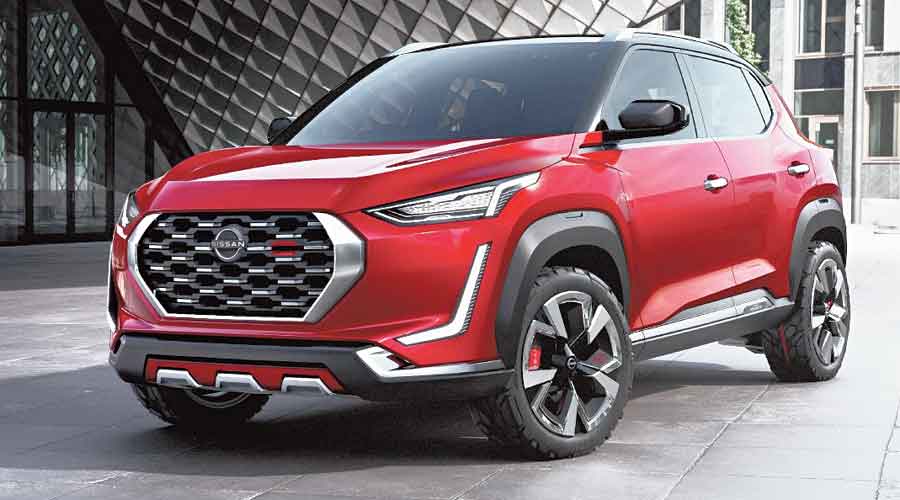 Nissan India is all set to join the compact SUV bandwagon with the Magnite, which it plans to sell in India in the second half of 2020-21.

The Japanese auto major, with limited launches in India, has promised eight models over a period of four years in Africa, West Asia and India. Magnite, unveiled on Wednesday, is one of them.

Reiterating Nissan’s commitment to the Indian market, Nissan Motor India president Sinan Ozkak said: “India is a key market. The company will prioritise operations in business areas which will give profitable growth. It will reduce fixed costs to ensure steady performance. The Magnite plays a vital role in our strategy and we expect it to be the first product that will enable sustainable growth.”

The Magnite will be competing in a very crowded segment comprising the Hyundai Venue, Maruti Vitara Brezza, Toyota Urban Cruiser and Kia Sonet.

“The Magnite is the ideal  upgrade for hatchback customers who are looking to own a world-class SUV,” said Rakesh Srivastava, managing director, Nissan Motor India.