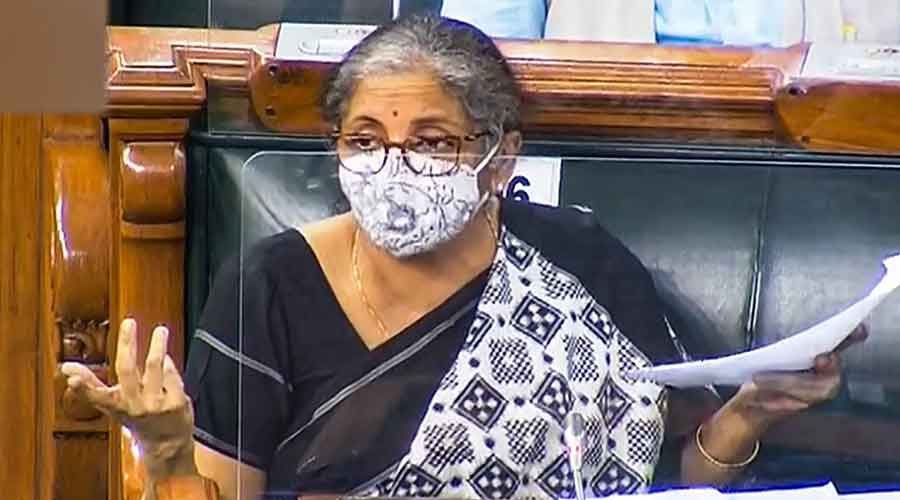 Finance minister Nirmala Sitharaman on Saturday said insolvency proceedings against corporate debtors as well as personal guarantors should be considered together for a comprehensive resolution.

The Rajya Sabha on Saturday passed amendments to the insolvency law to suspend fresh insolvency proceedings for at least six months starting March 25 amid the coronavirus pandemic, with Sitharaman saying a decision on extending the suspension of the relevant provisions will be taken next week.

In June, an ordinance was promulgated to amend the Insolvency and Bankruptcy Code (IBC). Default on repayments from March 25, the day when the nationwide lockdown began, would not be considered for initiating insolvency proceedings for at least six months.

The six-month period is ending next week.

The minister also clarified that insolvency proceedings against corporates defaulting on loans prior to March 25 will continue and the amendment will not stall those cases.

On queries about the urgency to bring the ordinance, Sitharaman said that “between sessions if there is a need for ordinance because the ground situation demands it, I would think a responsive government’s duty is to at least use the ordinance to show that we are there with the people of India”.

“The IBC Code is not a recovery law... Saving lives of companies is far more important than enabling recovery of loans... We have the compulsion to save businesses, (the) corporate sector and they need to be insulated rather than enabling creditors to recover the loan for which they have several other options,” the finance minister said.

“There are several other avenues through which recoveries can be done. One can use statutory options or supervised compromises and court-supervised compromises. One can even use the RBI’s prudential framework and arrangements which are available under the Companies Act can also be used,” she added.

Businesses are facing trouble because of the pandemic. So, it was decided “that it was better to suspend Sections 7, 9 and 10 of IBC so that we can prevent corporate persons experiencing distress on account of the unprecedented situation of being pushed into insolvency proceedings”, she said.

Sections 7, 9 and 10 deal with the initiation of the corporate insolvency resolution process by financial creditors, operational creditors and corporate debtors, respectively.

Citing data for NPAs of commercial banks during 2018-19, Sitharaman informed the House that Lok Adalats recovered 5.3 per cent, debt recovery tribunals (DRTs) 3.5 per cent and SARFAESI 14.5 per cent. IBC ensured 42.5 per cent of recovery.