There is rising speculation that the economy will contract about 7.5 per cent rather than the 8 per cent contraction forecast in late February 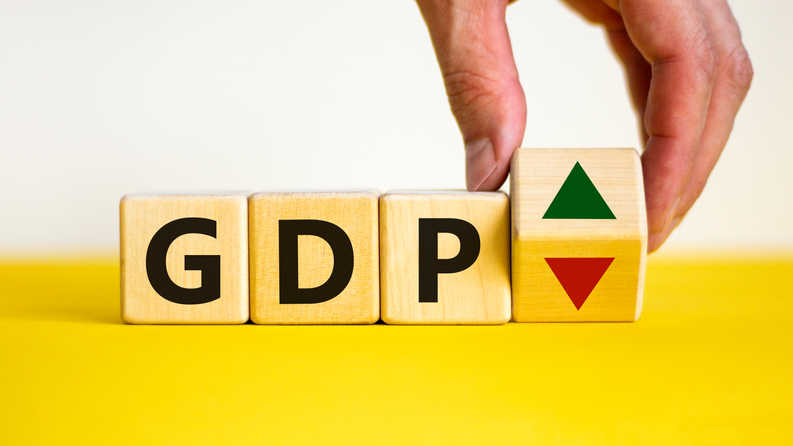 The National Statistical Office (NSO) will put out its provisional estimates for GDP (gross domestic product) in 2020-21 on Monday amid rising speculation that the economy will contract  about 7.5 per cent rather than the 8 per cent contraction forecast in late February.

The improvement is predicated on the assumption that the economy will bounce back in the fourth quarter with a growth rate of 2 per cent — which will come on the back of a 0.4 per cent growth in the third quarter, when the economy first showed signs of a return to growth. The economy had contracted 24 per cent in the first quarter of the last fiscal and 7.3 per cent in the second quarter.

Aditi Nayar, chief economist, Icra, said the widespread recovery in fourth-quarter volumes in the non-agricultural sectors benefited from the low base in March 2020.

“Icra expects the growth of GDP (at constant 2011-12 prices) to have risen to 2 per cent in the fourth quarter from the anaemic 0.4 per cent in the third quarter. Consequently, we expect GDP to have contracted 7.3 per cent in 2020-21 as a whole,” she said.

The research wing of the State Bank of India said they expected the economy to grow 1.3 per cent in the fourth quarter with a downward bias. The economy is expected to contract 7.3 per cent for the full year.

The incremental opening up of the economy saw a faster-than-expected recovery in the services sector while consumer goods got a boost from the pent-up demand, said Madan Sabnavis, chief economist at CARE Ratings. The rating agency has forecast fourth-quarter growth at 1.2 per cent with a 7.5 per cent contraction for the year.

Most of the high-speed indicators gained strength in the March quarter as the first Covid wave waned and the economy picked up pace before the second wave took hold, denting estimates for 2021-22.

Power consumption grew 22.8 per cent in March, while industrial output grew 22 per cent, albeit on a low base.

A similar massive 60.3 per cent rise in exports in March pushed growth in exports for the quarter to 22.4 per cent.

Indicators of urban consumption were also on the rise, with passenger vehicle sales up 48.1 per cent in January-March compared with 10.8 per cent in October-December, while two-wheeler sales, a proxy for rural consumption demand, increased 29.8 per cent against 12.6 per cent a year ago.