The finance ministry rebutted it in a statement saying that 'India's relative standing remains unaffected.' 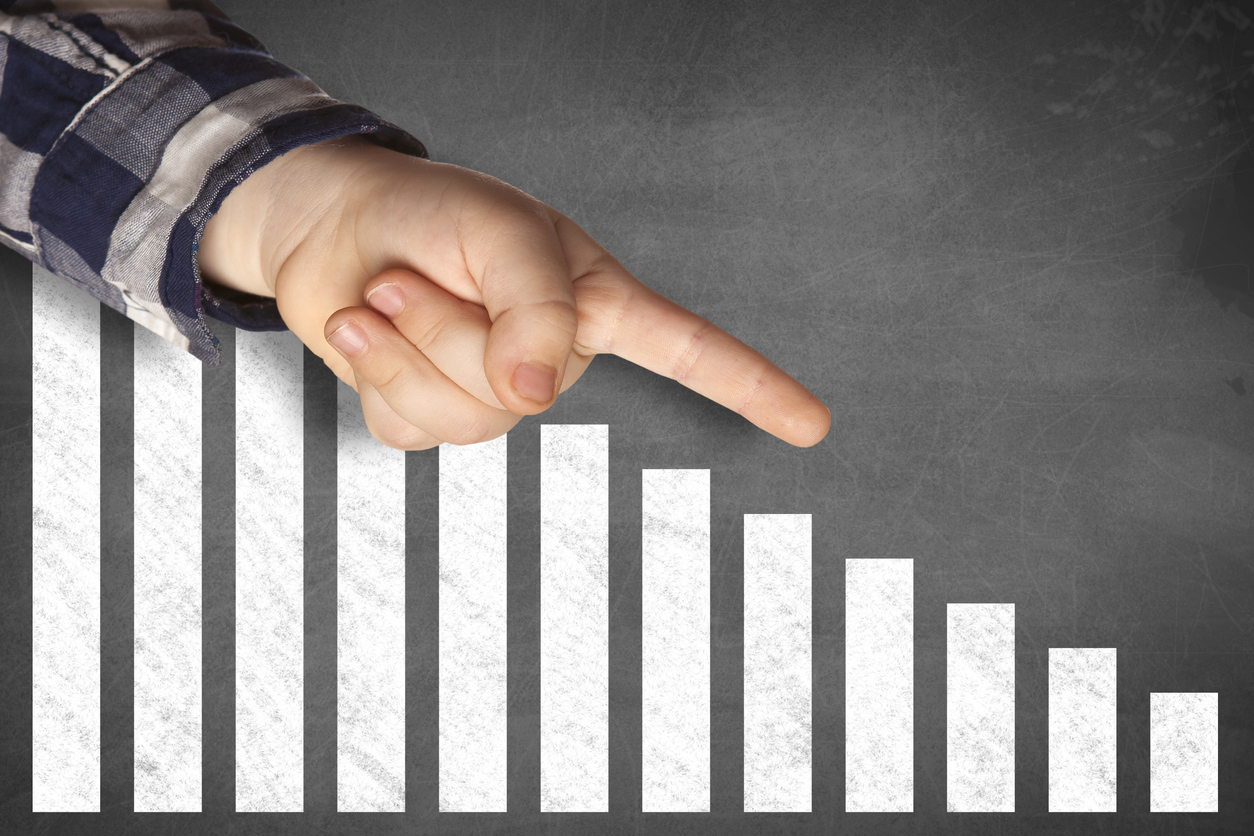 Moody's said the outlook partly reflects government and policy ineffectiveness in addressing economic weakness, which led to an increase in debt burden that is already high
iStock
The Telegraph And PTI   |   New Delhi   |   Published 08.11.19, 06:38 AM

In a blow to India, Moody's Investors Service has cut the country's credit rating outlook to negative, saying the government has been partly ineffective in addressing economic weakness, leading to rising risks that growth will remain lower.

This is the first step towards a downgrade.

While foreign currency rating was retained at BAA2, the second-lowest investment grade score, Moody's projected fiscal deficit of 3.7 per cent of gross domestic product in the year through March 2020, a breach of the government's target of 3.3 per cent, as slower growth and a surprise corporate-tax cut curbs revenue.

On the news of the lowering of the outlook, Market benchmark BSE Sensex dropped over 100 points and the NSE Nifty slipped below the 12,000 mark.

In a statement, Moody's said the outlook partly reflects government and policy ineffectiveness in addressing economic weakness, which led to an increase in debt burden that is already high.

India's economy grew by 5 per cent between April and June, its weakest pace since 2013, as consumer demand and government spending slowed amid global trade frictions.

The government reacted strongly, saying the fundamentals of the economy remain quite robust and series of reforms undertaken recently would stimulate investments.

India's growth outlook has deteriorated sharply this year, with a crunch that started out in the non-banking financial institutions (NBFIs) spreading to retail businesses, car makers, home sales and heavy industries.

'Moody's decision to change the outlook to negative reflects increasing risks that economic growth will remain materially lower than in the past, partly reflecting lower government and policy effectiveness at addressing long-standing economic and institutional weaknesses than Moody's had previously estimated, leading to a gradual rise in the debt burden from already high levels,' the rating agency said.

While government measures to support the economy should help to reduce the depth and duration of India's growth slowdown, prolonged financial stress among rural households, weak job creation, and, more recently, a credit crunch among NBFIs, have increased the probability of a more entrenched slowdown, it said.

'Moreover, the prospects of further reforms that would support business investment and growth at high levels, and significantly broaden the narrow tax base, have diminished,' it said.

'A prolonged period of slower economic growth would dampen income growth and the pace of improvements in living standards, and potentially constrain the policy options to drive sustained high investment growth over the medium to long term,' it added.

The finance ministry in a statement sought to counter the lowering of the outlook by Moody's saying, 'India's relative standing remains unaffected.'

It said the government has undertaken a series of financial sector and other reforms to strengthen the economy as a whole.

'Government of India has also proactively taken policy decisions in response to the global slowdown. These measures would lead to a positive outlook on India and would attract capital flows and stimulate investments,' it said.

'The fundamentals of the economy remain quite robust with inflation under check and bond yields low. India continues to offer strong prospects of growth in the near and medium-term,' the finance ministry statement added.

The fundamentals of the economy remain quite robust with inflation under check and bond yields low.
Press release by @FinMinIndia pic.twitter.com/XbjitEthMd

The lowering of outlook will put additional pressure on Sitharaman to take more measures to kickstart the economy.

With her maiden Budget for 2019-20 seemingly failing to address the widening problems in the economy, she took to announcing measures aimed at reversing the slowdown within a month of Parliament approving her Budget.

The measures include a package for the real estate and the automobile sector as also slashing of corporate income taxes for domestic companies to 22 per cent from 30 per cent previously. Also, the Reserve Bank of India has already cut interest rates five times this year, though lenders have not passed on that easing to customers.

Moody's said it doesn't expect the credit crunch among non-bank financial institutions, which were the main source of consumer loans in recent years, to be resolved quickly.

It said the negative outlook indicates that an upgrade is unlikely in the near term. 'Moody's would likely change the rating outlook to stable if the likelihood that fiscal metrics would stabilise and improve over time...'

The rating agency said although the measures announced recently including policy rate cuts by the RBI, which will provide support to the economy, they are unlikely to restore productivity and real GDP growth to previous rates.

'In turn, a prolonged period of slower economic growth would dampen income growth and the pace of improvements in living standards, and potentially constrain the policy options to drive sustained high investment growth over the medium to long term,' it added.

Moody's said its Baa2 rating balances the country's credit strengths including its large and diverse economy and stable domestic financing base for government debt, against its principal challenges including high government debt, weak social and physical infrastructure and a fragile financial sector.

On the other hand, Yes Bank, ICICI Bank, IndusInd Bank, HCL Tech, M&M, Tata Motors and ONGC rose up to 2.26 per cent.

Globally, bourses in Shanghai, Hong Kong, Tokyo and Seoul started on a positive note after China hinted at a removal of tariffs in the long-running trade war with the US.

Shares on Wall Street too ended on a positive note on Thursday.

Brent futures, the global oil benchmark, slipped 0.16 per cent to USD 62.19 per barrel.