Reliance Industries tumbles over 4 per cent 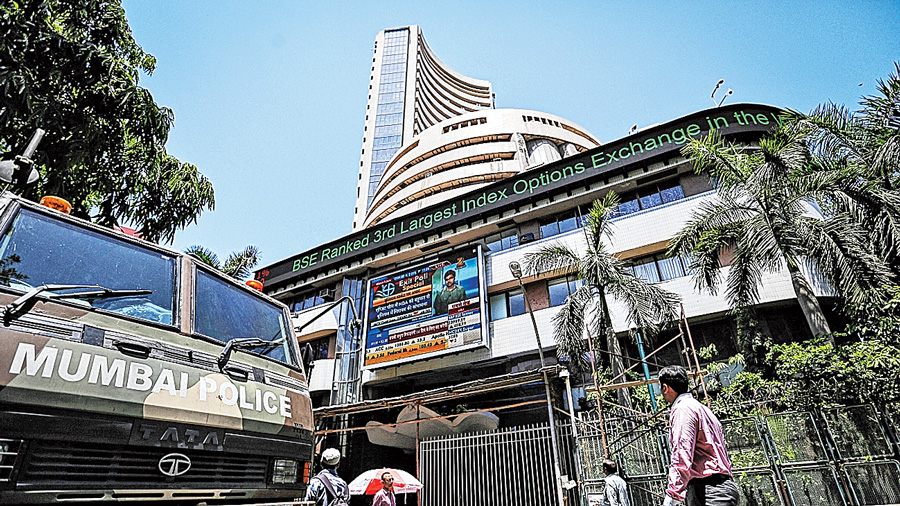 Among top losers, Reliance Industries (RIL) sank over 4 per cent, after the company shelved a proposed deal to sell a 20 per cent stake in its oil refinery and petrochemical business to Saudi Aramco for an asking of USD 15 billion.

On the other hand, Bharti Airtel, Asian Paints, PowerGrid and IndusInd Bank were the gainers.

"Finally the bears got their act together after a long wait as a series of events over the weekend gave them the upper hand with almost all the sectoral indices barring the metal index plunging, said S Ranganathan, Head of Research at LKP Securities.

The repealing of the agriculture laws had an impact on the PSU stocks while the O2C deal not going through left a 4.5 per cent cut on Reliance, he noted.

Further, he said that even as IPO investors come to terms with the reality, the inflationary impact on demand across several sectors continues to worry the street.

Elsewhere in Asia, bourses in Hong Kong ended with losses, while Tokyo, Shanghai and Seoul were positive.

Stock exchanges in Europe were largely positive in mid-session deals.