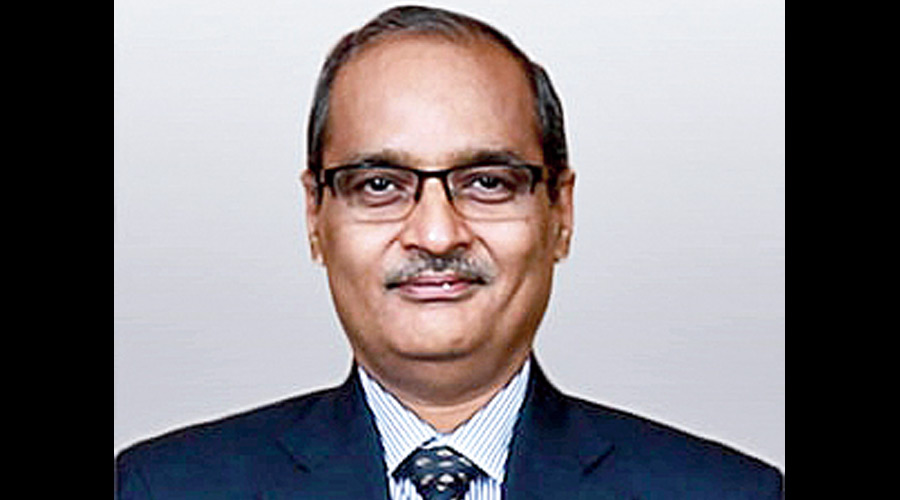 India’s second largest private sector steel producer JSW Steel recorded a steep jump in profit in the third quarter on a year-on-year basis even though it was down on a quarter-on-quarter basis. The company’s joint managing director and JSW Group CFO Seshagiri Rao tells The Telegraph that JSW Steel would continue to generate higher EBIDTA backed by additional capacities, higher share of value added products and lower operational cost even though raw material cost remains elevated eating into margin. An excerpt:

The third quarter (Q3) appears to be a mixed bag as far as steel demand was concerned . Your view?

We expected acceleration in demand will happen in the second half of this fiscal and it would be better than the first half. While demand grew 9 per cent in Q3 over Q2, there was 7 per cent fall year-on-year.

India consumption was expected to be 110 million tonnes (mt) in 2021-22, based on what happened in the Q3 and Q4 of the last fiscal, when the demand was 29mt and 30mt respectively. However, the demand was 27mt in Q3, less than our expectation of 30mt.

What contributed to the Y-o-Y fall?

The auto sector remained depressed in the quarter. Then, de-stocking happened in the retail segment as there were expectations that prices will fall in line with global trends.

What is your expectation for Q4?

There is a big change happening in the coking coal prices and completely different signals emanating from China. The country was earlier talking about cutting down production as part of the decarbonisation strategy. However, from the middle of December, news started swirling around that the cut would not happen any further. They reduced interest rates, eased credit restrictions. With that, iron ore prices which slid to $87 a tonne shot up to $137 a tonne. Coking coal prices, which dropped to $314 a tonne, went back to $445 a tonne. For steelmakers, a major cost push happened. Steel prices also moved up to $790 a tonne FOB (free on board) from $770 a tonne.

These movements signal to us that steel prices will not fall further. Plus, there will be re-stocking in the market.

Are you concerned with the high raw material prices such as coking coal?

In my view, Chinese steel demand will remain weak. Their infrastructure spend is not going up and the property market is still very weak. The monetary easing is addressing stuck real estate projects, not starting new ones. It will have an overall impact on the demand for coking coal and iron ore. Moreover, the Chinese import of coking coal has come down from 2019 as it is using more electric arc furnaces to produce steel.

So the pressure we are seeing on the prices are more speculative in nature than driven by fundamental factors. I am not so concerned.

What do you think India’s consumption will be in this fiscal?

What are going to be drivers of the demand?

Auto sector, which was weak in Q3, is coming back, if we look at their schedule. Passenger vehicles have picked up and I also expect demand for light commercial vehicles. Demand for appliances, packaging and the renewable sector will continue. In infrastructure, demand from pipelines is strong, be it water or petroleum.

Let me turn to JSW Steel. Dolvi’s new plant is in commercial production from November 15. How much volume we may expect in Q4?

Our guidance was 1.5mt in this fiscal. However, due to Covid, completion was delayed to November. We produced 0.18mt in Q3. We can expect about 0.8mt in Q4. But it would improve further in subsequent quarters.

What was the impact of higher coking coal prices in Q3 and what do you expect in Q4?

There was a $100 a tonne increase in the last quarter. There will be a minimum hit of $25 a tonne in Q4. But prices are moving up every day. Given that we keep a 60 days inventory, January-February is covered.

We don’t know what would be the impact in March, for which we are buying now.

Where does the elevated coking coal prices mean to JSW’s financials?

We will have higher volume and there will be a change in the product mix. More value added items will be produced. New galvanising and tinplate lines will be commissioned. In the last quarter, 62 per cent of sales were value added. There will also be a dip in the cost of production.

So JSW could make higher absolute EBIDTA even though EBIDTA per tonne may come down due to cost pressure?

Absolutely, that will be the story of JSW.

Give me a flavour of the export market?

It is down by 43 per cent Q-o-Q basis but if you compare with last fiscal, it is up by 72 per cent. But our domestic sales have gone up Q-o-Q basis.

The company on Friday said it filed a case against the Indian Bureau of Mines in Odisha High Court. What are the grounds?

IBM prices dictate how much we pay as royalty and premium for the iron ore that comes from our own mine. We believe the methodology IBM used to arrive at the average selling prices is not correct. There are anomalies in how prices were changed in October from August. For the higher grade, the drop is 28 per cent, but for the lower grades, it is much less. We think there is an anomaly given international prices also corrected during the same time. IBM excluded certain bona fide sales that took place in the auction process. Let’s see what the court says.

What would be the capex in this fiscal?