Why should you invest the same amount every month with little consideration for actual valuations? The Telegraph has a better idea 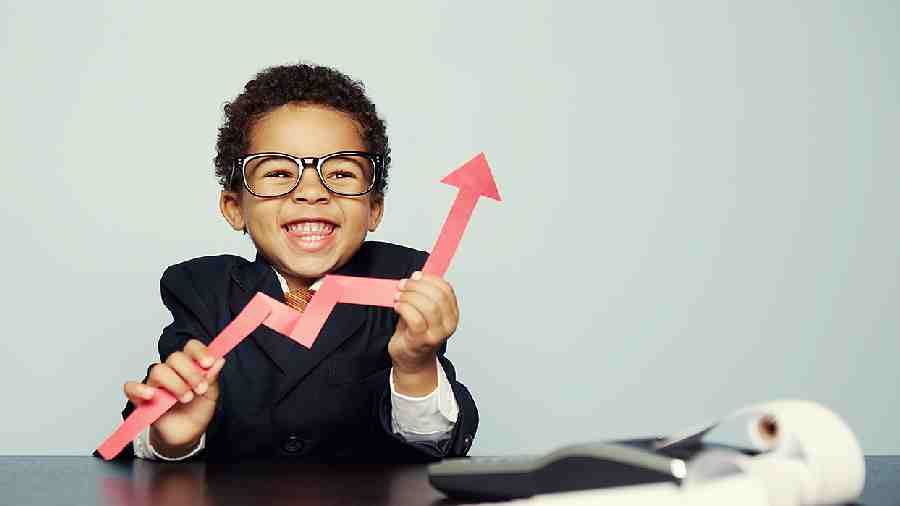 Roger Federer, the tennis ace whose retirement made headlines last week, leaves a lesson for retirees that stretches far beyond the playing fields of Eton. It will not be too difficult to scramble a tidy corpus for your retirement if you practise your art well, adopt a fail-proof strategy and move in the arena of investments at a spiffy pace.

An investor can build a retirement corpus if he has two critical advantages. First, he should have a methodical investment pattern to pursue. Second, he should give it enough time. A combination of the two elements – method and time – will result in the achievement of investment goals. The latter, which can range from principal protection to steady returns, must be listed well before investments are actually initiated.

That said, this is just the time to internalise an age-old mantra: compounding. Compounding can work wonders for long-term wealth creators, especially those who have set their eyes on retirement planning at an early age.

Regular and uninterrupted investments in the right assets, subject to limits set by one’s risk appetite, will hold the key to compounded returns. A small begininng too can potentially turn formidable over a long stretch of time. Committed mutual fund investors who have done multi-decade SIPs will agree.

So far, so good. This Monday, however, I wish to discuss a potential loophole that few will speak about openly. To put it in simple terms, let me just say that mindlessly doing SIPs without strategic deviations is not enough. Instead, the time has come for the so-called “smart SIPs”.

My appeal goes to the contemporary investor – he must supplement his regular monthly contributions when the market has declined, and must also rein in his allocations when valuations have peaked.

My theory, you will no doubt notice, goes against the older and more granular concept — uniform allocation irrespective of market conditions.

The new strategy is based on a key question — why should an intelligent investor invest the same (with no changes) amount every month with little consideration for actual valuations? In other words, it urges you to see your SIP through the prism of value-addition, and not merely on the basis of Rupee Cost Averaging (RCA). Invest more when the probability of returns is higher, and less when it is not so.

Incidentally, this is not to punch holes in RCA. It is, after all, a revered tactic practised by all sorts of investors across market cycles. Nevertheless, the time has come to modify one’s stance on the issue. Merely pursuing it without accommodating changes in valuation patterns is not such a good idea. Be that as it may, an investor can work steadily towards a decent corpus by investing systematically.

There are dozens of retirement calculators in the market. These will tell you about the returns you are likely to generate and the amount of “pension” (self-generated entirely from your investments) you can draw once you have superannuated. Keeping these calculators in mind, let me suggest the following:

• Several scenarios can be conceived by changing the primary metrics — age, income, allocation, withdrawal and so on. Most importantly, the probable rate of return (as sought by the investor concerned) is a vital factor. Your retirement calculator will yield an exact result (subject to charges, estimates and approximations) so all metrics must be as realistic as possible.

• Each delay will cost you; each year of inactivity will hurt your chances to achieve a superior investment performance. Investing for 25 years, say, is not the same as investing for 20. The sooner a young investor realises this, the better it is for him.

• As for the capital invested, the consistency of growth is a critical parameter. A steady 10 per cent will probably do more for you than a quirky, fluctuating trajectory with some years delivering 18 per cent and some delivering 4 per cent.

• However, such steady performance is nearly impossible to find in the real world — it is difficult to locate plausible cases and only the very lucky investor will find fund managers and other intermediaries who deliver consistent year-on-year growth.

For those who are planning to build a retirement nest egg, identifying a set of promising assets is a challenging task. Choosing standard performers (such as index funds that track the broad markets) is a no-brainer, especially because such funds are marked by low costs. The idea is to keep your gains in the thick of things.

Whatever you have assembled should work for you at optimum capacity; withdrawals will follow later when you have actually superannuated.

Whatever you have assembled should work for you at optimum capacity; withdrawals will follow later when you have actually superannuated.

This question has to be answered right away. As things stand, the ordinary investor does not see fixed income as a promising source of superior returns. Its limits are well known, and in a scenario when inflation is 7 per cent or so, inflation-adjusted (and tax-adjusted) performance figures must be critically analysed. That shifts the attention to riskier assets such as equities and commodities.

Clearly, for the average individual, the former has the power to provide smart returns over a period of time.

Historically, statistics seem to support the argument in favour of long-term equity holdings.

The broad indices, Sensex and Nifty, are known to have advanced smartly through the decades (considering their compounded growth), beating inflationary pressures in the process.

However, as retirees will agree, past performance cannot be relied upon. I do believe even Roger Federer will endorse that last argument.

The writer is director of Wishlist Capital Advisors

I am a 47-year-old salaried private sector employee. In addition to the insurance cover provided by my employer, I also have an individual health insurance policy with a sum assured of Rs 5 lakh. Is it possible to increase the sum assured amount?

What are the advantages and disadvantages of small-cap funds?

Small-cap funds have high growth potential compared to mid-caps and large-cap funds. However, the price movement can be highly volatile with most companies in this space unable to withstand down cycles or changing market dynamics. There is also a big diversity as the small-cap universe is large and each fund could have different portfolios. However, because of the volatility, the time of entry and exit can affect returns versus the fund returns. Investors generally consider small-cap funds for wealth creation over a longer investment tenure. Given the volatility, it is not prudent to allocate more than 10-15 per cent of the overall investment corpus in small-cap funds.

If you have any queries about investing or taxes or a high-cost purchase, mail to: btgraph@abp.in, or write to: Business Telegraph, 6 Prafulla Sarkar Street, Calcutta 700 001.