Infosys net up 11% in Covid-hit quarter

The country’s second-largest IT services firm posts a profit of Rs 4,233 crore compared with Rs 3,798 crore in the same period last year 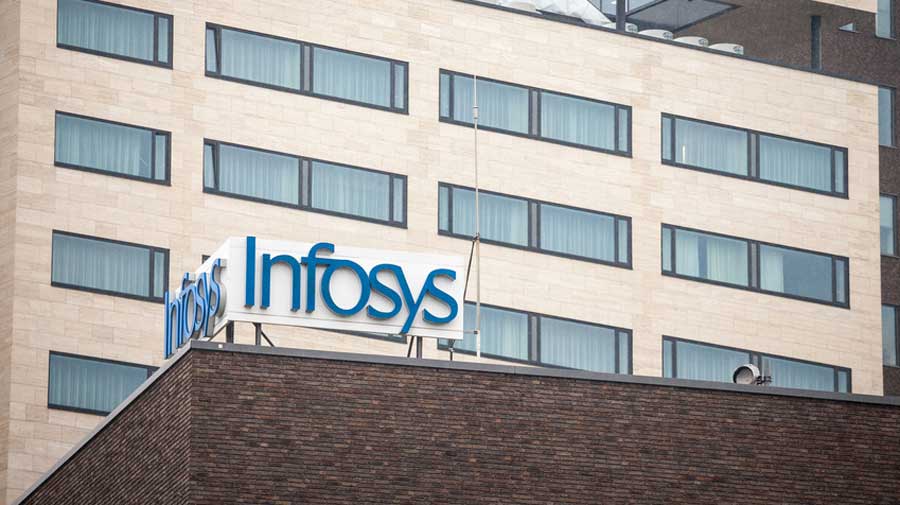 Infosys also re-instated the practice of giving out revenue guidance, buoyed by the strong client connect and the strength of its franchise.
Shutterstock
Our Special Correspondent   |   Mumbai   |   Published 16.07.20, 03:00 AM

Large deal wins saw Infosys beating street estimates on Wednesday as it reported an 11 per cent growth in net profits for the quarter ended June 30.

The country’s second-largest IT services firm posted a net profit of Rs 4,233 crore  compared with Rs 3,798 crore in the same period last year.

Infosys also re-instated the practice of giving out revenue guidance, buoyed by the strong client connect and the strength of its franchise. It had temporarily suspended the projection because of the uncertainty around Covid-19.

Analysts had forecast the Bangalore-based company to post a net profit of around Rs 4,000 crore. Companies were expected to fare poorly during the period as they felt the maximum impact of the Covid-19 pandemic and the subsequent lockdown which led clients to cut discretionary spending.

However, speaking to the press through video conferencing, Infosys CEO and managing director Salil Parekh, said it was an exceptionally good quarter which saw the company posting operating margins of 22.7 per cent — an expansion of 220 basis points over the year-ago period. Further, it secured $1.74 billion large deal signings.

According to Parekh, this has laid out a strong foundation for the rest of the year. He, however, hinted that in markets such as the US and Europe there could be headwinds as the Covid-19 cases could rise.

In terms of client verticals, he observed that in manufacturing and retail, which have been adversely hit by the pandemic, there is unlikely to be a major change, though Infosys has witnessed strong growth in other sectors such as hi-tech.

The Infosys CEO added that in the current environment, clients have accelerated their digital efforts and Infosys expects good demand in areas of cloud computing, workplace transformation projects and more demand for automation among others.

“During the quarter, Infosys saw its revenues growing to Rs 23,665 crore from Rs 21,803 crore in the same period of the previous year. In terms of verticals, financial services saw a constant currency growth of 2.1 per cent and hi-tech at 13.4 per cent over the same period last year. However, in retail, revenue growth showed a drop of 7.4 per cent.

Our first quarter results, especially growth, are a clear testimony to the relevance of our service offerings and deep understanding of clients’ business priorities which is resonating with them in these times. Our confidence and visibility for the rest of the year is improving driven by our Q1 performance and large deal wins’’ Parekh said.