Retail inflation declined to 4.35 per cent in September, mainly due to lower food prices, according to government data released on Tuesday 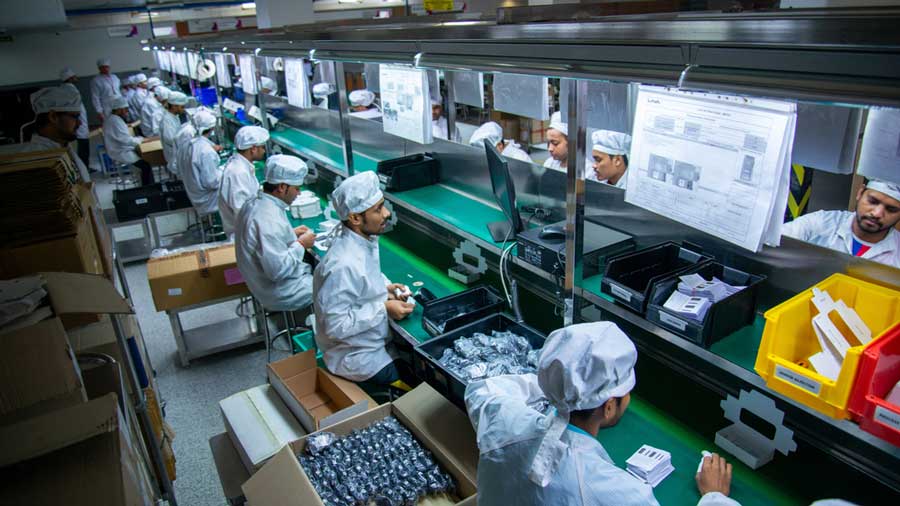 Industrial production grew 11.9 per cent in August mainly due to a low-base effect and good performance by manufacturing, mining and power sectors that surpassed the pre-Covid level.

Retail inflation declined to 4.35 per cent in September, mainly due to lower food prices, according to government data released on Tuesday.

The manufacturing sector, which constitutes 77.63 per cent of the Index of Industrial Production (IIP), grew 9.7 per cent in August, according to the data released by the National Statistical Office (NSO) on Tuesday.

The mining sector output rose 23.6 per cent in August, while power generation increased 16 per cent.

The data showed that industrial production recovered and surpassed the pre-pandemic level of August 2019.

The output of capital goods, which is a barometer of investment, grew 19.9 per cent in August 2021. It had witnessed a contraction of 14.4 per cent in the year-ago period.

Consumer durables manufacturing increased 8 per cent in the month under review against a decline of 10.2 per cent in August 2020.

Consumer non-durable goods production grew 5.2 per cent in August over a 3 cent contraction in the year-ago period.

As per the data released by the National Statistical Office (NSO), the inflation in food basket eased to 0.68 per cent in September 2021, significantly down from 3.11 per cent in the preceding month.

The Reserve Bank of India (RBI), which mainly factors in CPI-based inflation while arriving at its bi-monthly monetary policy, has been tasked by the government to keep it at 4 per cent, with a tolerance band of 2 per cent on either side.