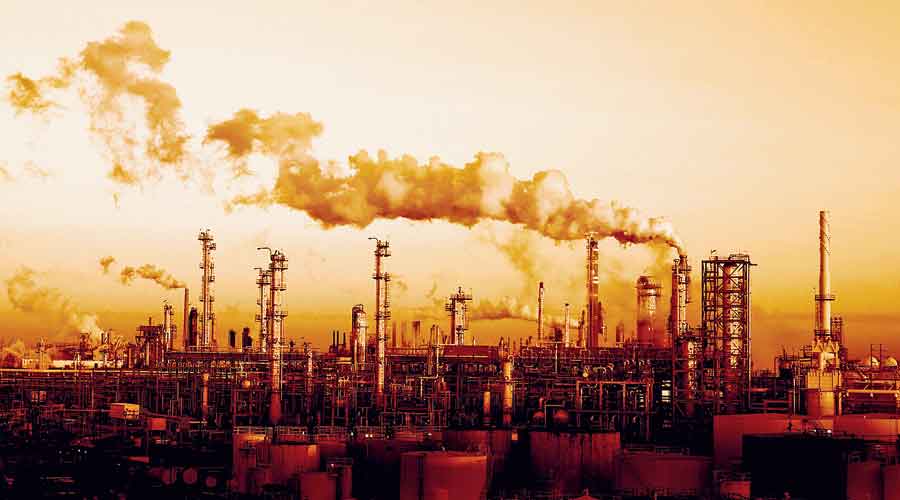 Manufacturing activities expanded in December but at a slower pace. The IHS Markit India Manufacturing Purchasing Managers' Index eased to a three month-low of 55.5 in December from November’s 10-month high of 57.6. A print above 50 means expansion and below 50 contractions.

Sales and new orders for the month rose at a slower pace amid concerns over the spread of the third wave, supply chain disruptions and inflationary pressures, the survey said.

“The last PMI results of 2021 were encouraging, with the recovery continuing as firms were successful in securing new work from domestic and international sources,” Pollyanna De Lima, economics associate director at IHS Markit, said.

He warned that “manufacturers were optimistic that output would continue to increase in 2022, but business sentiment was somewhat tamed by worries surrounding the path of the pandemic, inflationary pressures and lingering supply chain disruptions”.

The survey noted that the upturn in new orders during December was sharp, despite being the slowest since September.

Similarly, production rose at a sharp pace that was nevertheless the weakest in three months.

Spending trends were mixed, with employment falling fractionally in response to a lack of pressure on capacity, but firms purchasing additional inputs amid restocking efforts.

Further, international demand for Indian goods continued to improve in December. New export orders rose for the sixth month in succession, albeit only slightly, the survey said.

On the prices front, although input costs rose sharply, and at an above-trend pace, the rate of inflation eased to a three-month low.

“Despite easing in December, input cost inflation was still running at one of its highest rates in around seven-and-a-half years. The vast majority of firms nevertheless decided to keep their selling prices unchanged, in order to boost sales, with overall charges up only marginally in December,” Lima said.

Concerns over elevated price pressures hampered business confidence in December, with firms also worried that the pandemic and supply-chain issues could dampen the recovery next year.

“The overall degree of optimism remained below its long-run average, despite improving from November's 17-month low,” the survey said.