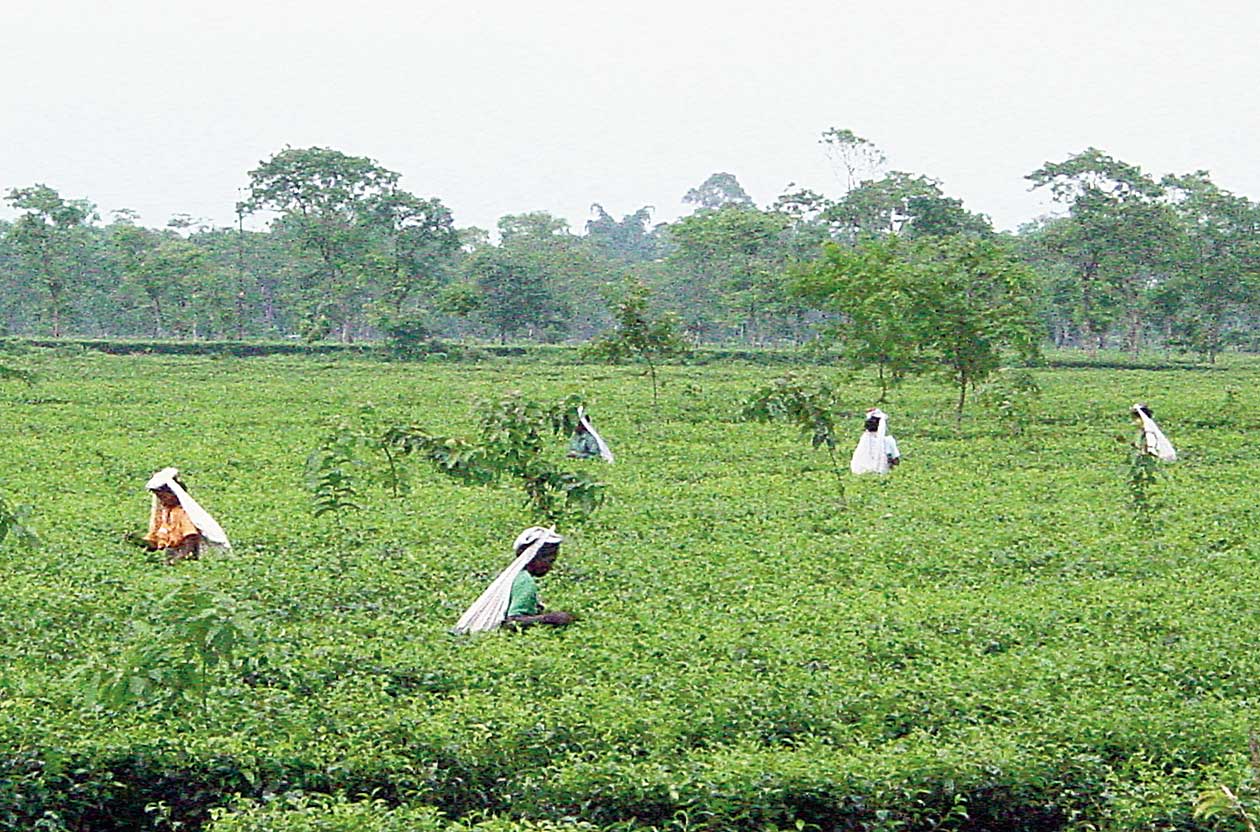 An association of tea planters held factors such as price and less orders from traditional markets like Russia and UAE responsible for the fall in India's share on the global market.
Telegraph picture
Avijit Sinha   |   Nagrakata(Jalpaiguri)   |   Published 10.02.19, 10:19 PM

Kenya and Sri Lanka have continued to surpass India in CTC tea export, although the combined production of the brew in those two countries is much less than what India manufactures.

An association of tea planters held factors such as price and less orders from traditional markets like Russia and UAE responsible for the fall in India's share on the global market.

R.P. Thapliyal, the chairman of the Terai and Dooars branch of the Tea Association of India, said at the 48th annual general meeting of the branch that though the production of tea in Kenya and Sri Lanka together was much less than that of India, those two countries had exported huge amount of the produce.

“In 2017, India accounted for 23 per cent of the global tea production. But Kenya and Sri Lanka together contributed to just 13 per cent of the world's production. However, when it comes to exports, it has been found that they jointly have an export share of 39 per cent. For India, it is only 13 per cent,” said Thapliyal.

The planters attributed India’s depleted share on the overseas market to stiff competition in terms of price and drop in orders from traditional markets like Russia and the UAE.

“In the nineties, CTC (Crush, Tear, Curl) tea made in the Dooars and the Terai had been exported. But in recent years, it stopped and gardens have to depend on domestic consumption,” said Prabir Bhattacharjee, the secretary general of the TAI.

As of now, India stands fourth in the list of tea exports, with China, Kenya and Sri Lanka in the top three slots.

According to representatives of the TAI, for tea companies in the Terai and the Dooars, which have produced around 378 million kg in 2018, it is necessary to improve the quality. The reason, they said, is because it would help in getting better prices in auctions.

“In north Bengal, the crisis of the tea industry, especially in the organised sector, is primarily linked to price realised at the auction centres,” said Thapliyal.

“Workers’ wages have increased by 33 per cent in 2018 and have led to a sudden rise in the cost of production. For sustenance of gardens, it is necessary to come up with quality tea which can help in increasing earnings,” he added

Mudit Kumar, the president of the Tea Association of India, emphasised the need to promote tea in the domestic market to increase the per capita consumption of the beverage in India.

“Tea is considered as an inexpensive drink in India. We need a well-planned and sustained generic promotion for an image makeover of the beverage,” said the TAI president.