Advertisement
Home / Business / India to grow at 7.4% in FY23, continue at same level next year as well: Sitharaman

India to grow at 7.4% in FY23, continue at same level next year as well: Sitharaman

International Monetary Fund and the World Bank have projected India's growth to be the fastest for the next two fiscal years, says Finance minister 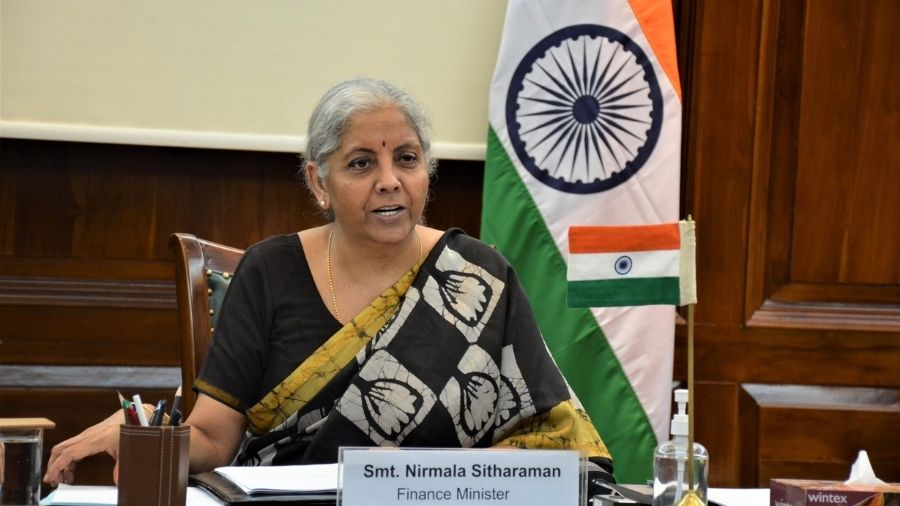 ndia will grow at around 7.4 per cent in 2022-23 and continue at the same pace in the next year as well, Union Finance Minister Nirmala Sitharaman said on Friday.

Sitharaman said there are risks on the external front and this is not the right time to throw caution to the wind, and also assured exporters of all the necessary support from the government as they face the headwinds.

Speaking at the FE Best Bank Awards event here, Sitharaman said global agencies like IMF and the World Bank have taken cognisance of the strengths of the Indian economy by saying that it will be among the fastest growing ones in the next two years.

She said the "conservative" 7.2 per cent growth estimate of the RBI is also in sync with the expectations of the global bodies and stressed that three or four institutions cannot be wrong on their expectations.

"... estimates have also shown based on the developments, that we are definitely at that range... 7.4 (per cent) and that level will continue even next year," Sitharaman said.

She quoted the projections by the International Monetary Fund (IMF) and others for the growth figure.

To a question of private capex, which is seen as trailing by some, Sitharaman said the substantially higher tax collections suggest to newer investments and manufacturing units set up by the industry.

The finance minister said the tax collections cannot be going up without new investments and urged the corporate sector to speak more about it.

She also exhorted the media to "debunk" the narrative of the Centre taking away revenues from cess and surcharges, and not "perpetrate" it.

Sitharaman said the cess collected by the Centre is ultimately spent on health, education and infrastructure creation on the ground in the states itself, and claimed that the Centre spends more than the money it collects through such cess and surcharges in a particular state.

When asked whether the Centre plans to continue with the free food distribution initiative started in the pandemic which ends in September, Sitharaman said the government will take a call on it as the deadline nears.

She reiterated that it's "not time at all" to start charging for the unified payment interface (UPI) transactions in the country, stating that the government is keen to support it because of the advantages of digitisation for people and also its ability to increase transparency.

To the RBI's discussion paper cautioning against big bang privatisation of state-run lenders, Sitharaman said this is a policy matter on which the government will take a considered call. She also welcomed the quick clarification given by the RBI a day after the release of the paper.