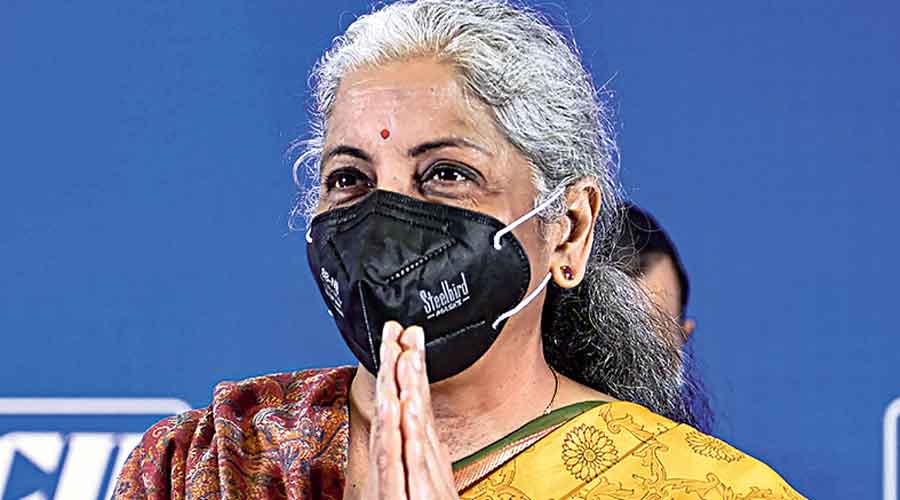 Union Finance Minister Nirmala Sitharaman on Wednesday said that Nagaland requires exposure to get investment and needs hand-holding in terms of resources.

On the third and last day of her visit to the North-eastern state, Sitharaman said the central government has taken various steps to develop infrastructure in the region, especially during the period of Covid-19.

Commending Chief Minister Neiphiu Rio for organising the three-day Corporate Social Responsibility (CSR) and Investment conclave in the state which started on Monday, she said, Nagaland very much requires good exposure to investments.

The 36 CSR projects announced during the conclave amounting to Rs 38 crore will benefit Nagaland, she said.

Sitharaman said that Nagaland may also submit capital expenditure projects in any sector up to an amount of Rs 1600 crore to meet any developmental infrastructure requirement.

The central government has launched the Prime Minister's Development of Infrastructure for the North East (PM-DevINE) for the development and progress of the eight states of the region, she said.

An initial allocation of Rs 1500 crore has been made under the scheme, the Union minister said.

Addressing a press conference in Chumoukedima, she said that under the scheme of Special Assistance to states for capital expenditure, Rs 2100.13 crore was released in the financial year 2020-21 and Rs 2483.77 crore in 2021-22 to the eight North-eastern states in the form of a 50-year interest-free loan.

Nagaland certainly needs help in terms of resources and the state government may consider taking some steps in the interest of better governance, she said.

She announced that in 2022-23, the total Finance Commission based grant-in-aid for Nagaland will be Rs 4,773 crore.

Highlighting some of the measures taken by the Centre for Nagaland, she said it is a challenging state because of the hilly terrain but is now catching up with others following improved funding from the Centre.

An honour to have Smt. @nsitharaman inaugurate dialysis centre, a collaborative CSR project, at the District Hospital Dimapur. It is a significant step towards providing comprehensive care to people with renal problems, tweeted Chief Minister Rio.

She also held a closed-door meeting with Nagaland's business community at Chumoukedima and visited the Heirloom Naga, a local weaving unit.

Nagaland to act against disruptors