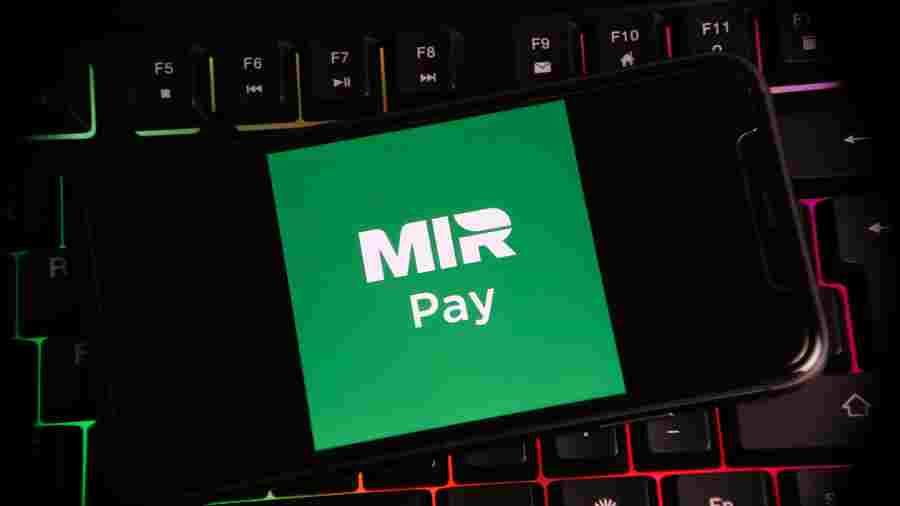 Russia is negotiating the use of the Mir payment mechanism with several countries, including India.
Shutterstock
R. Suryamurthy   |   New Delhi   |   Published 22.08.22, 01:55 AM

India and Russia are exploring alternative payment mechanisms as the trade between the two countries expand even as Western sanctions on Moscow are set to tighten in the coming months.

Russia’s deputy foreign minister Alexander Pankin in an interview with TASS said Russia was negotiating the use of the Mir payment mechanism with several countries, including India.

Mir is a Russian payment system for electronic fund transfers established by the Central Bank of Russia under a law adopted on May 1, 2017.

The system operates much like India’s National Payments Corporation of India, which manages the Rupay payments mechanism.

Analysts said India would be wary of joining any alternative payment mechanism as it does not make economic or diplomatic sense. They said India would prefer that Russia accept payments in rupees.

“The unreasonable blocking of all Russian customers by the largest international card payment systems has increased the priority of expanding the geography of using Mir cards. We are actively working on it,” Pankin said.

“Negotiations with Azerbaijan, Bahrain, Egypt, India, China, Cuba, Myanmar, Nigeria, Thailand, and other countries are at different stages,” Pankin said. Most of the Russian banks have been cut off from the SWIFT network.

North Block sources said the two countries were discussing various payment options. They did not get into the specifics. In July, the Reserve Bank of India allowed the settlement of payments between Russia and India in rupees.

However, for the messaging platforms of the two countries to be aligned, the RBI needs to show a green flag.

So far, none of the Indian banks has shown keenness to be part of the mechanism as they have exposure to the US or Europe, sources said.

Biswajit Dhar of the JNU said: “I do not think India will opt for this payments arrangement even though its trade with Russia has expanded significantly in recent months. Going with Russia as far as to accept its payments system will be a strict ‘no’”.

lowed India to increase its dependence on Russia for oil and other critical products, including fertilisers because of Europe’s inability to decouple itself from Russia. The alliance will never ‘tolerate’ any move by India to accept the Russian payments system.”

Professor Ananth Narayan of S.P. Jain Institute of Management and Research said that as of now, India should have no problems in either energy trade with Russia or settlement in any currency for such trade as there are no multilateral sanctions yet against any of this.

“Russia, of course, wants to avoid settlements in western currencies, given sanctions against the Bank of Russia earlier this year. Ultimately, India would probably prefer that Russia accept payment in rupees. That would reduce our own hard currency outflows against the purchase of energy, and instead ensure a steady stream of foreign investments into our bonds and domestic projects.”

“Russia might not be averse to this either. Russia enjoys an increasing trade surplus with India, and holding them as rupee would ensure diversification of their foreign exchange reserves in a historically friendly country. Of course, given our own geopolitical issues with China, we are unlikely to be very comfortable with increased Yuan internationalisation,” Narayan said.

Nagesh Kumar, director, Institute for Studies in Industrial Development, said: “The success of rupee trade with Russia has also prompted the RBI to announce Rupee-denominated international trade with several countries. Such trade requires an exchange rate determined through an international reference currency but obviates the need for foreign exchange.”

For rupee settlement, India and Russia still need to decide the exchange rate. The RBI circular said this shall be market determined but the parties have not announced a decision.

Aleksei Zakharov and Nivedita Kapoor of Observer Research Foundation wrote in their site: “The settlements in national currencies are also traditionally tricky due to the issue of trade deficits, leaving one partner with an excess amount of currency of the other, which accounts for their rarity in international trade”.

“As India imports much more from Russia than it exports, this would lead to a rupee balance accumulating for Russia in the Vostro account, leading to the question of where it spends the remaining rupee after paying for the exports. RBI has suggested that this be addressed through payments for projects and investments as well as government securities.”

Mir does not itself issue cards, extend credit or set rates and fees for consumers; rather, Mir provides financial institutions with Mir-branded payment products that they then use to offer credit, debit, or other programs and services to customers.

The development and implementation of Mir was spurred by the imposition of international sanctions against Russia in 2014 to circumvent the reliance on Visa and Mastercard.